Kriti Sanon took to Twitter to share the trailer of her upcoming film, Mimi, in which she plays a surrogate mother. The film reunites her with her Luka Chuppi director Laxman Utekar and co-star Pankaj Tripathi. In the trailer, Pankaj Tripathi’s character persuades Kriti Sanon’s Mimi to be a surrogate mother for an American couple. She agrees after finding out that she will not be involved in conceiving the baby and that she will paid ₹20 lakh for carrying it. Mimi also stars Supriya Pathak and Manoj Pahwa in key roles. Produced by Dinesh Vijan under his banner Maddock Films, the film is scheduled for a direct-to-digital release on Netflix and Jio Cinemas on July 3. 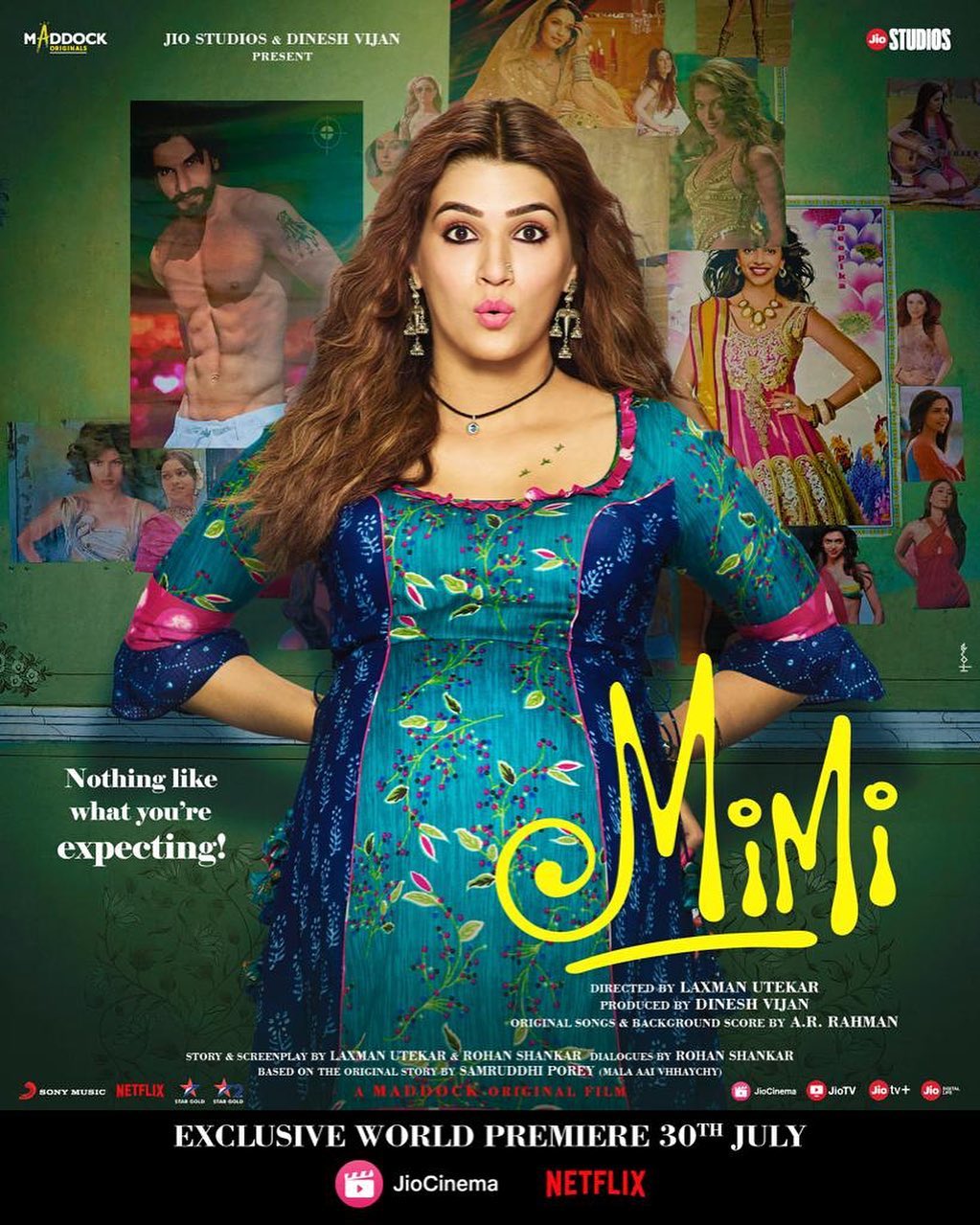 Mimi is concerned about how she will explain the baby bump to her parents, but Sai Tamhankar’s character tells her that she can stay with her. Sai’s character introduces Kriti’s character as ‘Chand’ and Pankaj’s character as her husband Naseeruddin, leading to much hilarity. However, Mimi’s world turns upside down when she is told that the American couple no longer wants the child and she is asked to get an abortion. She returns home and while being interrogated by her parents about the father of her child, panics and points at Pankaj’s character. 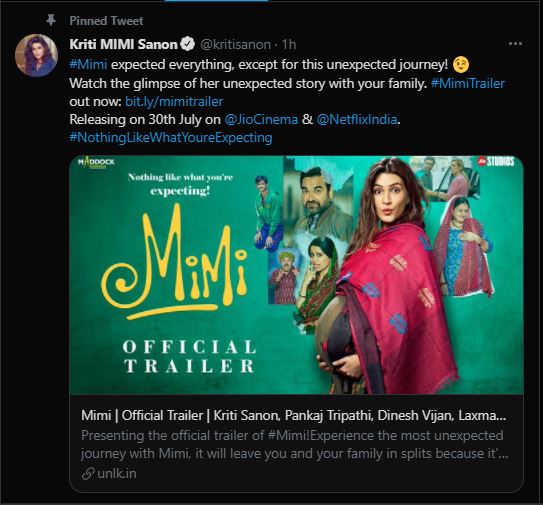 Sharing the video on Twitter, Kriti wrote, “#Mimi expected everything, except for this unexpected journey! Watch the glimpse of her unexpected story with your family. #MimiTrailer out now.” Mimi is a remake of the National Award-winning Marathi film Mala Aai Vhhaychy! Kriti gained 15 kgs for the role of a surrogate mother. Earlier, in a media interaction, Kriti talked about how even though Mimi deals with the subject of surrogacy, it is not a ‘preachy’ film. “It’s not preachy or serious. It’s not like you are going to watch a film on surrogacy and it’s going to be a documentary film. It’s a very entertaining film, filled with humour, and a lot of ups and downs. There’s a beautiful graph of the woman I am playing, Mimi, where she wants to be an actress,” she said, according to PTI. 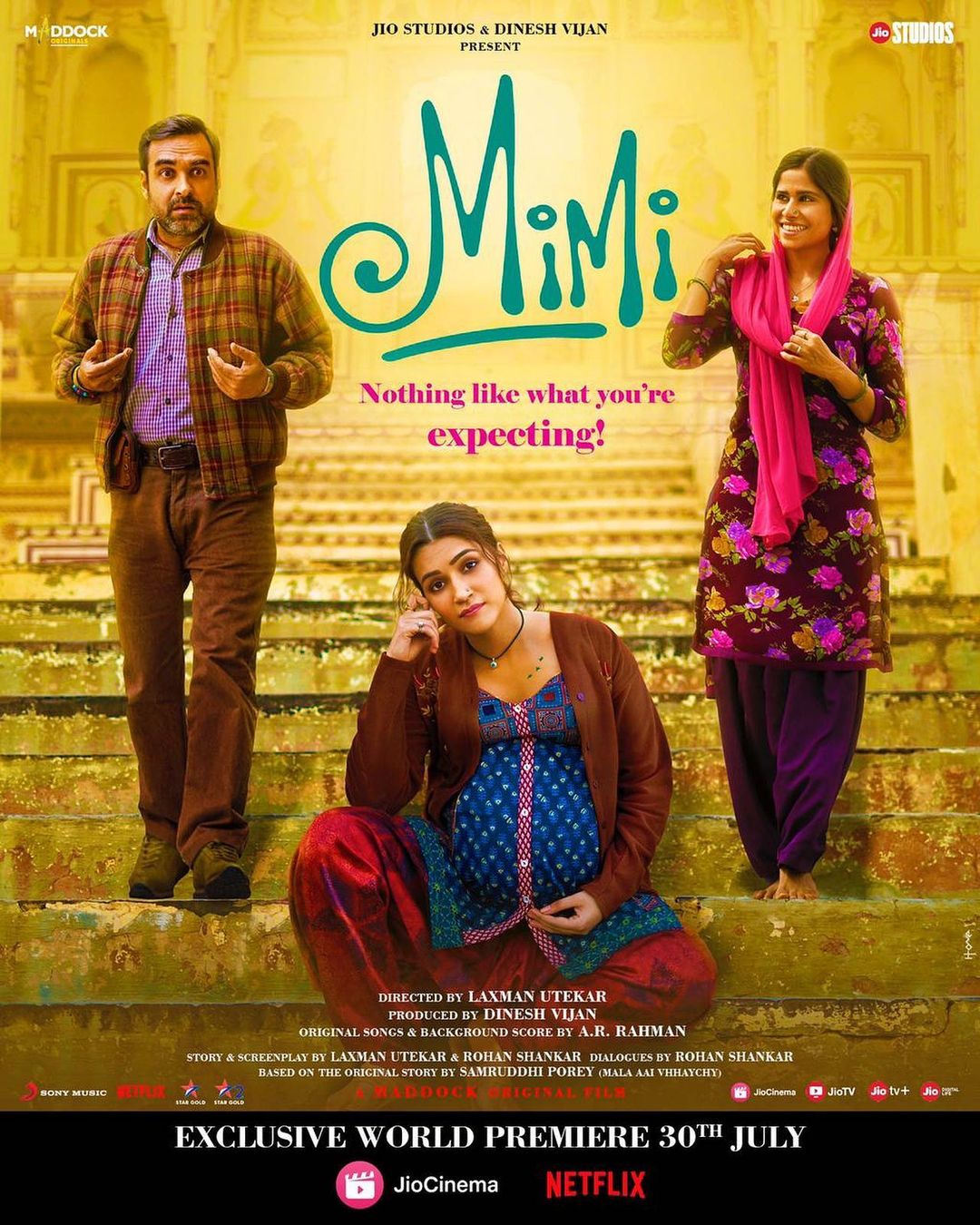