Navratri, a nine day-long festivals, is celebrated in many Indian states. According to the Hindu calendar, the festival is celebrated in the bright half of the Hindu calendar month Ashvin which typically falls in the months of September and October. In the North and Western states, the Navratri is observed to celebrate the victory of Rama over Ravana. During the ten days, Ramlila (which is the reenactment of Ramayana) is organized and on the final day Rama kills Ravana with his bow and the festival is culminated by burning the idols of Ravana. 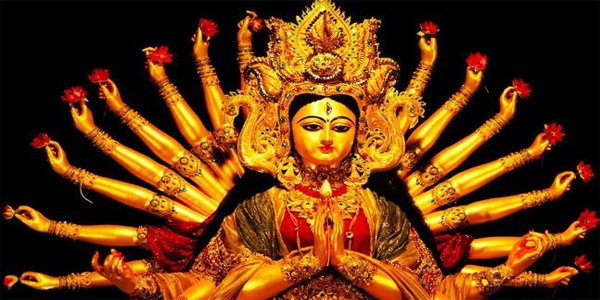 And Shahid Kapoor and Mira Rajput make for one of the most beautiful couples of the B-town. They have been married for years now, yet they share the same amount of warmth and admiration. They have been giving us marital goals for almost four years now. And we can only see love growing fonder between the two. This sort of love encourages one and all to believe in love. They make for a happy family with their two kids Misha Kapoor and Zain Kapoor. Now, as Navratri has some food rules that many people follow, such as no onion and garlic, there are restaurants that provide food with the same. And also some people keep fast on the navratri days. Mira Kapoor shared pictures of her special Navratri lunch which is looking simply tempting. Have a look at the couple enjoying a royal thali: 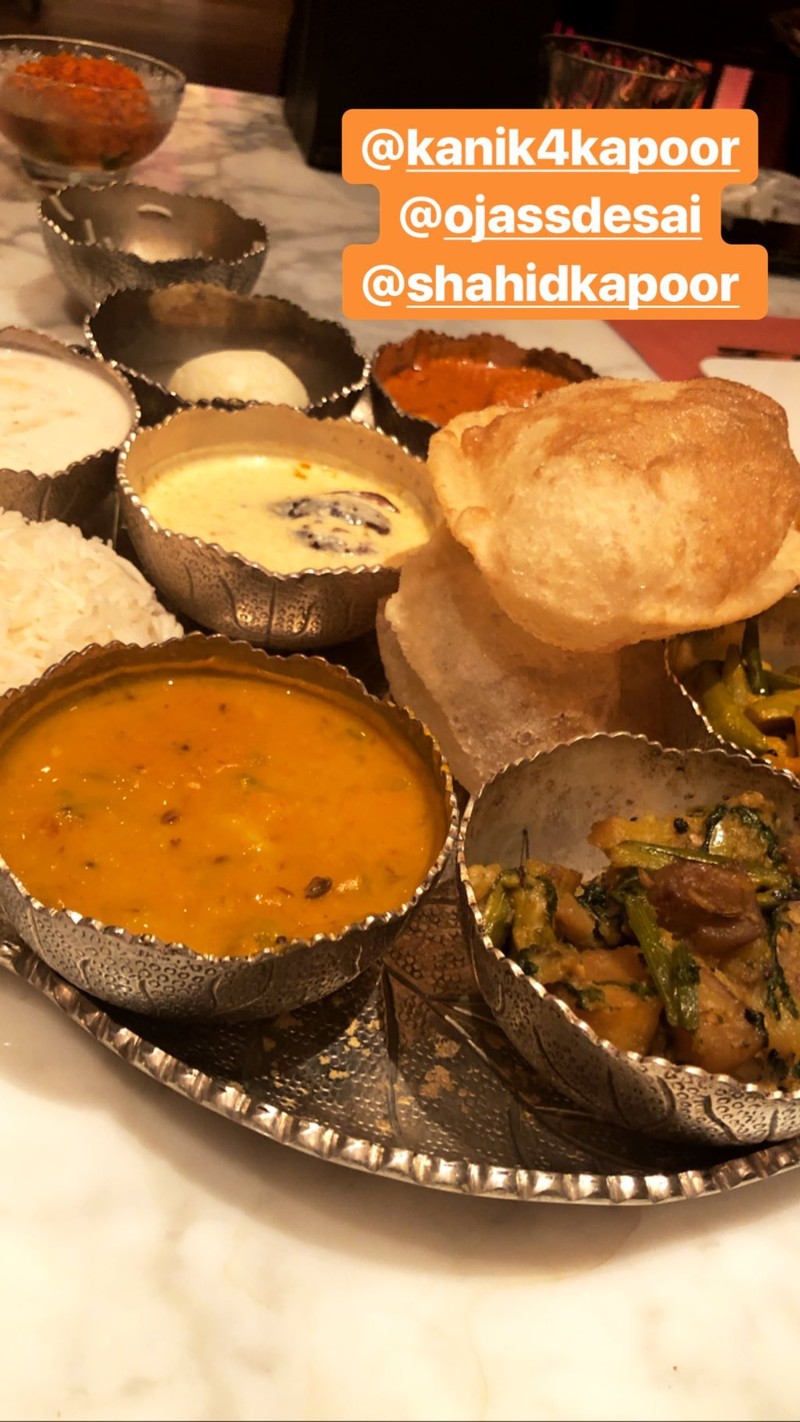 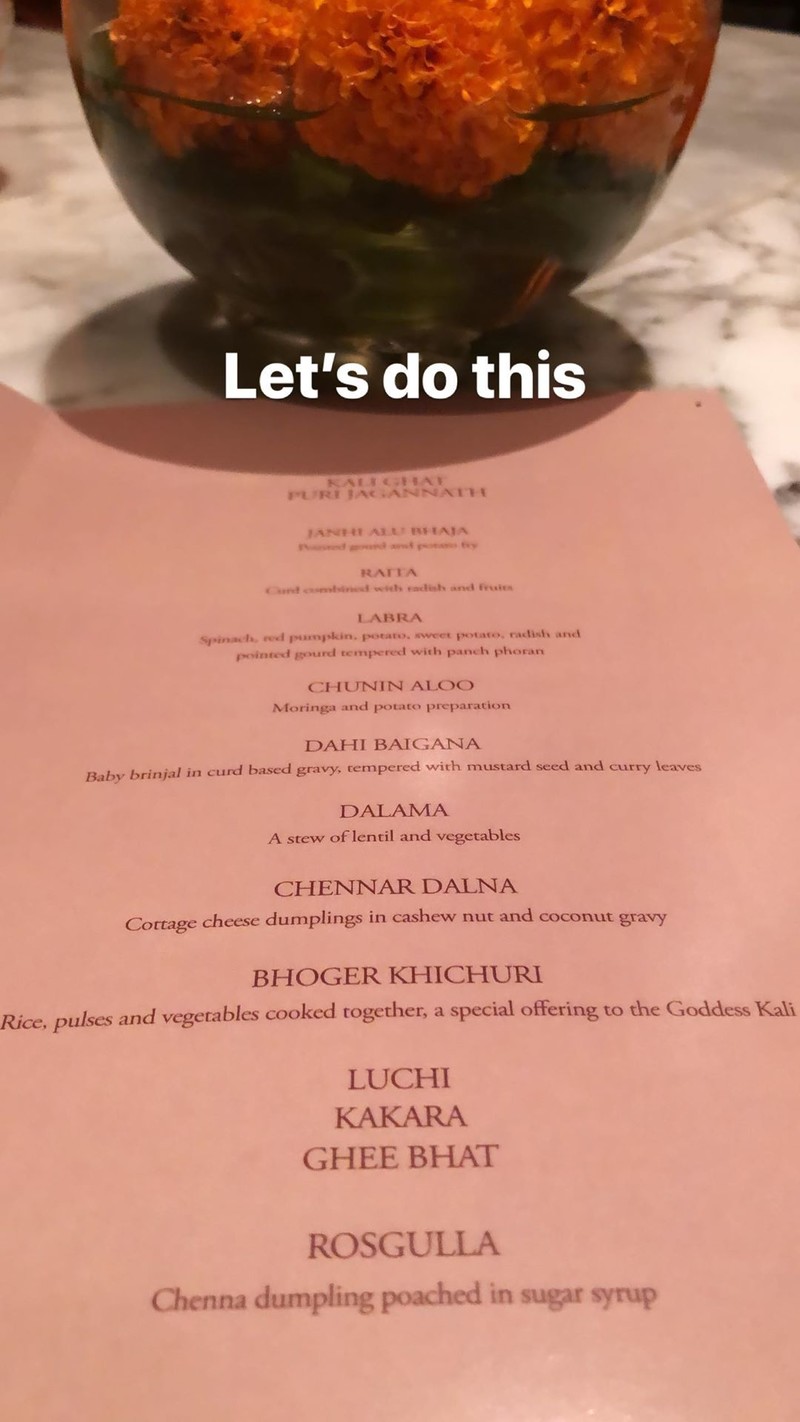 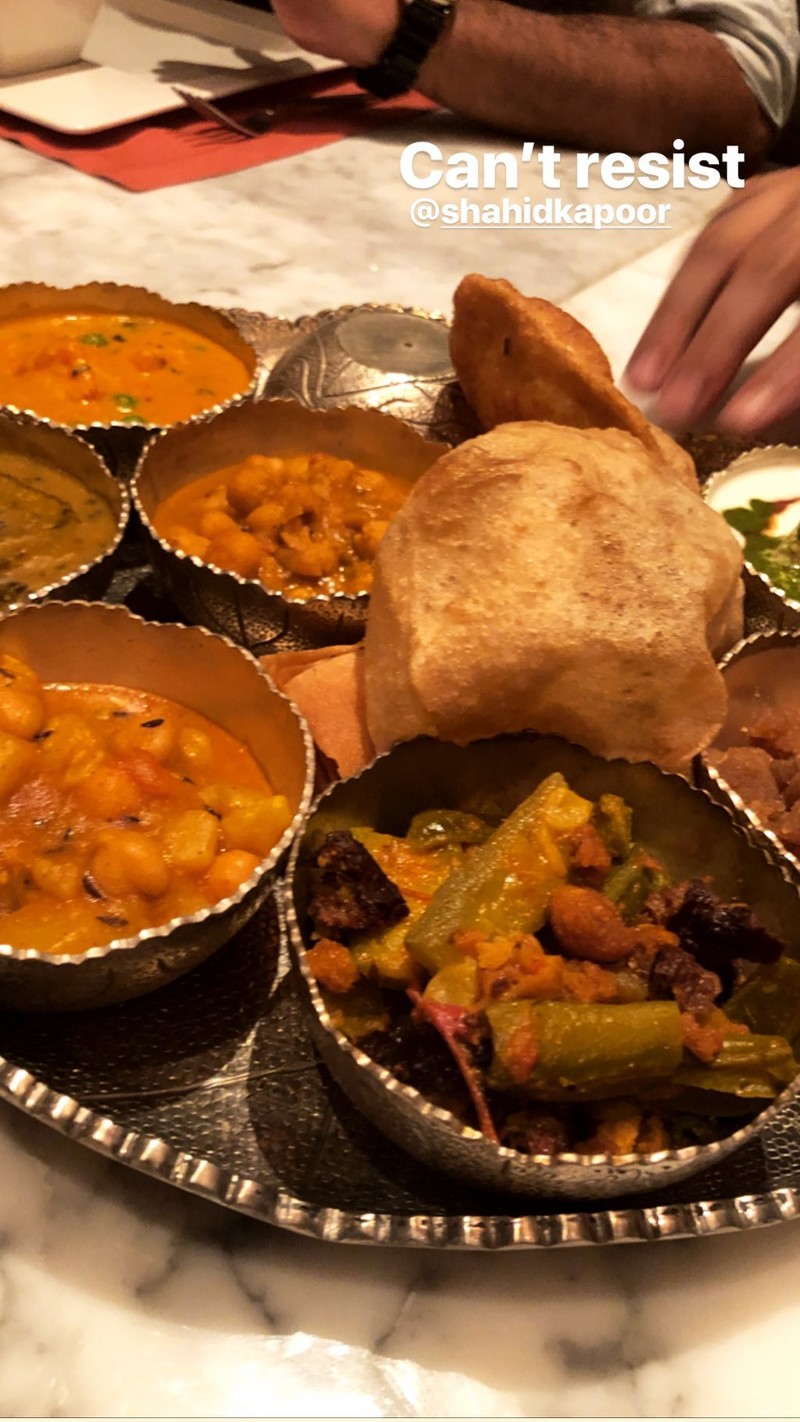 The thali is loaded with amazing food including puri chole, shrikhand, Kaju katli, rasgulla, dalma, luchi, kakara and whatnot. Along with the picture, Mira wrote, “Can’t resist.” tagging her hubby, Shahid Kapoor. Seems like they have enjoyed the meal to the fullest.

On the work front, Sahid Kapoor has given his best in his latest picture, ‘Kabir Singh’ which turned out to be one of the biggest blockbusters this year.

‘Hug me like the wind does’, Reads Kriti’s Caption With A Jaw Dropping Insta Post
Sushmita Sen And Rohman Are Giving Major Couple Goals As They Take A Dip In Pool
Shahid Kapoor’s Son Zain Kapoor Flaunts His Bandana With Sleeveless Shirt In His Latest Pictures
Abhishek And Jaya Bachchan to Take Amitabh Bachchan Home As He Got Discharged From The Hospital