Indian Cricketer, Hardik Pandya, and his model-wife, Natasa Stankovic makes for one of the most loved and a cherished couples in the Nation. Their love for each other looks raw and unconditional. The two are often seen getting all lovey-dovey in the pictures shared on social media.

Just today, Natasa Stankovic has shared some beautiful pictures from her hypnotizing vacation. However, we are unable to figure out the location but we can spot Natasa’s parents, Goran Stankovic and Radmila Stankovic in the pictures. So by the photos, we can guess that Natasa could be in Serbia with her parents. The pictures look all mesmerizing with clouds and greenery in the background. Pandya’s son, Agastya is also seen exploring new things. Natasa captioned one of her pictures with her son, Agastya as, “#happiness.” 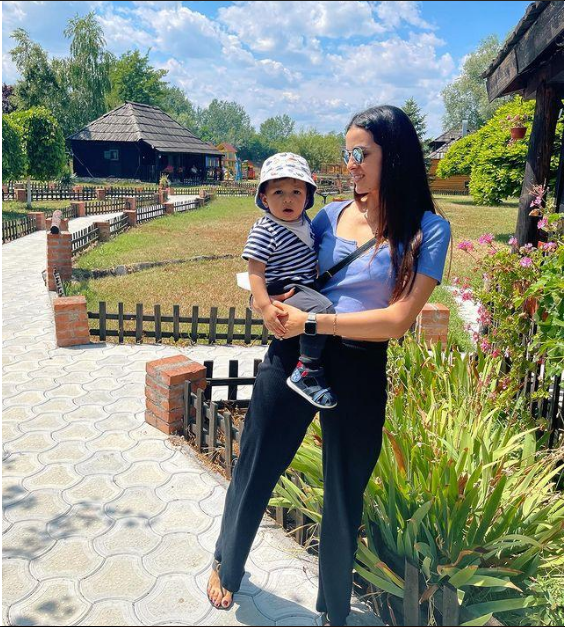 Natasa’s posts would be sort of incomplete if her husband and Agastya’s father, Hardik Pandya won’t react to them. Hardik didn’t give it a miss and went onto the comment section to show how much he’s missing his wife and son. Hardik wrote in a comment, “Miss you both”, followed by a red heart emoticon.  In another picture, we can also see Natasa’s father carrying Agastya in a stroller.

Back in 2020, Hardik Pandya and Natasa Stankovic shocked the entire country with the announcement of their relationship. They bombarded the internet with their engagement news on their respective Insta handles. In the picture that they shared on Instagram, Natasa was showing off her diamond ring and Hardik had written, “Mai tera, Tu Meri jaane, saara Hindustan. 01.01.2020 engaged.” Before the announcement of their engagement, people were hardly familiar with the couple. Since the announcement, the duo is setting some serious couple goals. 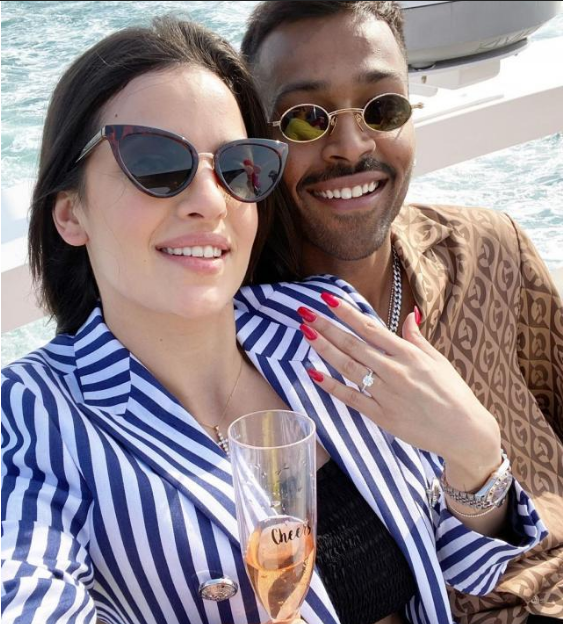 Earlier, the cricketer had become the talk of the town after giving some controversial statements on the popular talk show, Koffee With Karan. Hardik suffered a lot because of his controversial comments not only in his personal life but also in his cricket career. There’s no doubt that it was indeed a tough phase for Hardik, but his difficulty found the balancing note when he fell in love with Natasa.  Now the two have a baby together, whom they welcome in 2020. Before coming into a relationship with Hardik, Natasa was dating TV actor and Bigg Boss 14 fame Aly Goni. The two also participated in the dance reality show, Nach Baliye as an ex-couple.