Actress Neetu Kapoor is all set to make a comeback to acting with her upcoming release JugJugg Jeeyo. Currently, she is also seen as a judge on Colors TV’s Dance Deewane Juniors. In the show, judges are often seen sharing light moments by reminiscing old days or by dancing. 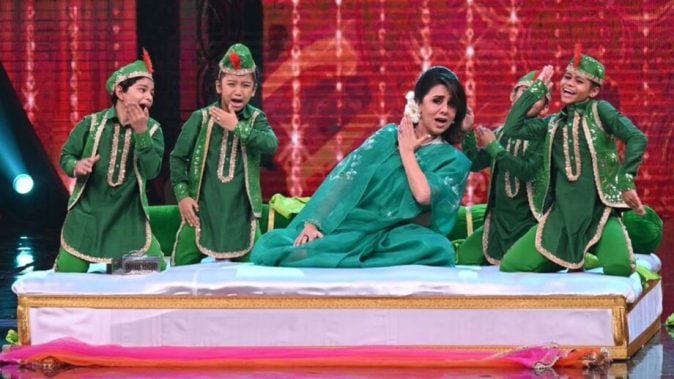 In a recent promo of the famous dance reality show, shared by the channel on its Instagram account, Neetu Kapoor is seen shaking a leg too late Shammi Kapoor’s blockbuster song O Haseena Zulfon Wali Jaane Jahan on the roof of a car along with Marzi Pestonji, her co-judge. Now, this has not gone down well with many users online and the actress has become a victim of online trolls. 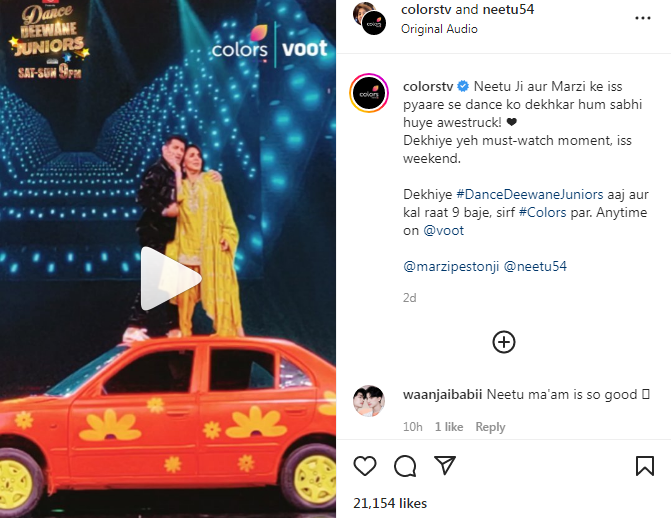 One of the comments on Instagram read, “Look at Neetu, damn when Rishi ji was there she was like so sanskari. Now look at her. It looks like she was just waiting for Rishi ji to go”. ‘Feels weird seeing you dancing with other guys. What Rishi Ji will think now?”, read a second comment. Another netizen found Neetu crossing her limits. He wrote, “Kuch zyaada hi ho gaya”.”Neetu ji pagla gayi hain”, remarked another. 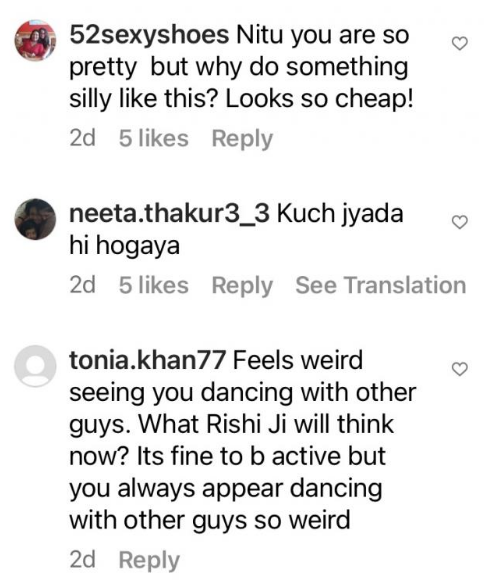 One more comment in support of Kapoor read, “Sometimes people do things to forget their worries and depression.. so pls don’t judge. We don’t know what kind of psychological issues she is going through”. “Pucca Punjabi kudi! Rishi Kapoor would have loved this attitude of hers”, penned the third user.

This is not the first time that Neetu has faced hate comments on social media. She often gets under the radar of trolls for enjoying her life after the death of Rishi Kapoor. Talking about the same, the actress had shared that she blocks that section of people immediately. “I block the ones who troll me because you know thode hote hai beech mein ke ‘husband marr gaya, ye enjoy kar rahi hai.’ They want to see that crying widow type, there is some section of people but I just block them. I say this is the way I want to be, this is the way I will be, this the way I will heal. Koi log ro ro ke heal karte hai, koi log khush ho ke heal karte hai.” 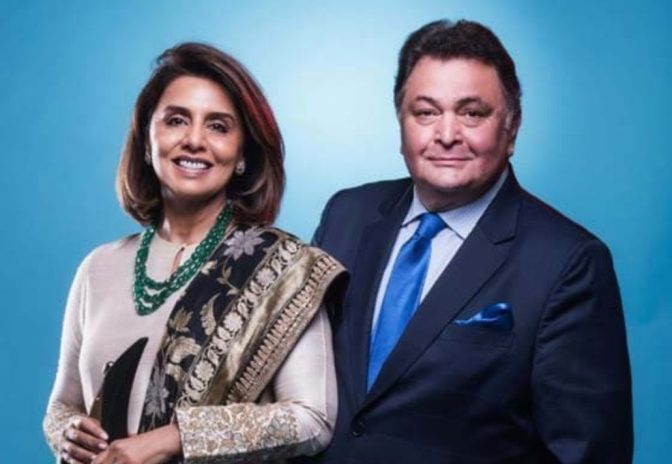 For the uninitiated, Neetu Kapoor and Rishi Kapoor married in 1980. They have been one of the most talked-about couples in Bollywood. Neetu lost Rishi Kapoor in April 2020 due to leukemia. His demise left a void not only in the film industry but also in the life of his wife and children. In earlier interviews, Neetu Kapoor had revealed she was seeing a psychiatrist to deal with the loss of her husband.