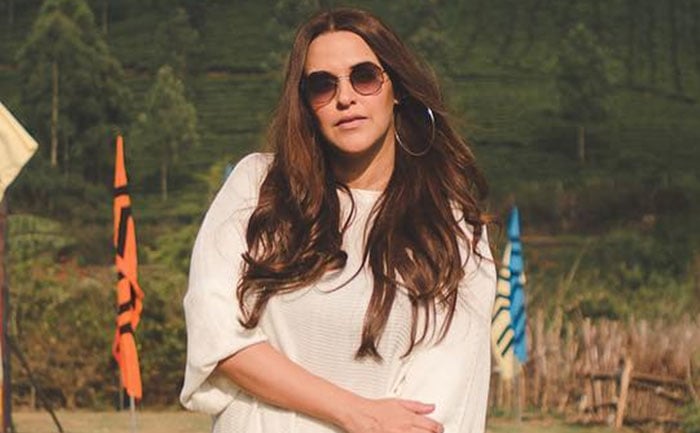 Bollywood actress, Neha Dhupia is currently enjoying every bit of her second pregnancy. She announced the news of the arrival of her second baby with a cute picture with her husband Angad Bedi and daughter Mehr.

The actress was also diagnosed with Covid-19. Now Neha has spoken on battling Coronavirus infection when she was already pregnant with her second child. Recalling the tough days, she said that she use to sleep on the ground away from her daughter, Mehr, and wore a mask the whole day.

Neha Dhupia in an interview with Bollywood Bubble has revealed, “I had a mild version of Covid. But I had a very large version of fear. Because just being isolated and being away from everyone and the thing is I got to know at a time when I was had isolated myself because I thought everyone at home has had it. So from my staff to my in-laws, my husband and I had Mehr with me so it was a very very tough time for us and you know 24 days being pregnant being isolated with your child and it was when Delhi was peaking at its cases.”

Describing it further, Neha added, “I had my mask on the whole day and I would sleep on the ground in a certain position staying away from Mehr because I am pregnant and I know there are certain ways of sleeping at that point but then she’ll be like, ‘But mama there is so much space on the bed, you sleep on the bed’ and I would try and tell her that there is a reason why I don’t even want to be close to her so we were working on too much caution and a lot of fear. But together we were very brave.”

On July 18, Neha Dhupia and Angad Bedi had taken to their respective Instagram handles to announce that they are expecting their second child. They shared a family photo and wrote “New home production coming soon. Waheguru Mehr Kare,” Angad had captioned the post. Neha had written, “Took us 2 days to come with a caption. The best one we could think of was. Thank you, God.” 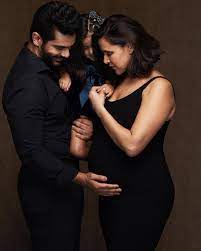 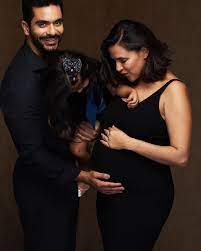 Recently, Neha shared a fun post on Instagram related to her 5 am cravings. She posted an Instagram story saying, “Oh hello there refrigerator! 5 am munches while the house is asleep. Call it late night or early breakfast. I call pregnancy.”

Angad Bedi and Neha Dhupia had tied the knot in May 2018 and got blessed with their first child-daughter, Mehr just after few months of their marriage.