Neighbours They are many kinds. 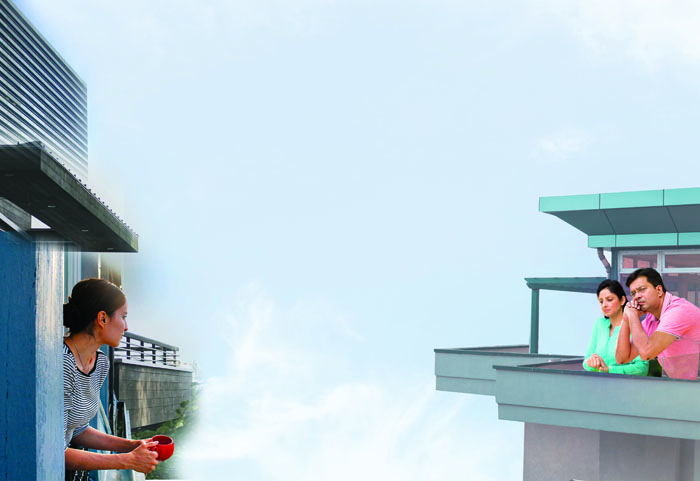 As the birthday party of my seven-year-old son was going on with full fun and frolic, I noticed my friend Sarika was talking to her husband in some serious tone. After the small talk, her husband left the party midway and she sat back and started sipping her soup. I went near her to ask if everything was okay.

“Oh, yes…I had kept milk for boiling and forgot to put off the gas while leaving. The smell of burnt milk alarmed my neighbourhood aunty and she called me. Sameer had gone to switch off the gas knob; he will be back in a few minutes.” She explained the situation to me.

It was a good thing that the party venue was very near her home. As we were sitting across the table my friend said, “Thank goodness aunty noticed the smell. However, now I am worried how much she will lecture me upon this carelessness of mine.”

“She is less concerned about her husband’s reaction over the goof-up but more bothered about the neighbourhood aunty,” another friend commented.

“Of course! When you have neighbours who have all eyes and ears opened just for your doors, you’ve got to be panicked,” Sarika added sarcastically. “We don’t need CCTV cameras.”

The incident brought on a discussion the how some neighbours have this typical habit of keeping watch over your home. Proverb had said, “love thy neighbour.” Some people have taken this too seriously and devote a lot of time looking after your affairs.

Neighbours in India have a very special place on the ladder of society. They are that ingredient of the residential area which adds spice to the locality. They assist you, help you, they are the ones who will be first to help you and be there, even before your own children settled in faraway places, they know about your day-to-day routine and timings better than your relatives. However, the typicality in the neighbours can classify them in a few watertight compartments. We have all seen some of the species, which I have observed and tried to jot down some pointers about them. I am sure, that a friendly neighbourly known face pops up in your mind while you go through the following.

The neighbourhood CCTV: This is one of the most common species of neighbour and can be found mostly in localities having independent bungalows and row houses. There is no specific age limit to them, but most of them fall under the bracket of the late 30s and above till their vital sense organs allow them to keep a constant tab on the surroundings. They will always keep an eye out when and who came and went from your place. In which car they came or was it a mobile? They will keep a tab on the amount of time someone spent at your place. And if by any worse luck you happen to employ the same maid of the locality, trust me, they might use her as an optimum drone to keep themselves updated with the latest info about happenings at your household. I am sure we all have at least one such wireless CCTV in the neighbourhood.

The competitive edge: This neighbour always keeps a track of your latest shopping expeditions and at the very next instance will get the same or one level up, whether it is a new cushion cover or a new cart. Do they have this uski Saari meri Saari se safed kaise? (wow is her sari whiter than mine?) attitude. You really sometimes don’t understand how to handle such unwanted competition. Life had already thrown some lemons at you, you don’t need these stressed-out souls running behind you.

The over-friendly ones: If you are an introvert, these can be your biggest fear. They will pop up at your door with most angelic smiles, saying, “Yahan se guzar rahe the ,Socha hi bol de. (Was passing, so through I’d have a chat)” Before you could react, they are hovering all-around your place looking at your stuff and murdering your right to privacy. They will give you unsolicited tips about the neighbourhood and spill some unnecessary juicy gossip until you lose your appetite for anything else. Their ever-shining grins might make you feel as if you are the coldest person on the planet.

The evergreen borrower: These are a bit rare species these days. But you can spot them from borrowing stuff like a few leaves of coriander and sometimes your bike for a few hours. They can borrow a can of petrol and at times they can even ask for a spare tyre. Sometimes they might return the stuff early, sometime it will be like.. “Oh… I forgot about it. I will bring it tomorrow.” It can be your toolbox, a bowl of sugar, a cup of milk. The members of this category are mostly singles belonging to the age- group of the early twenties to thirties. They don’t have a settled grihasti you know. So borrowing is a better option amongst beg, borrow or steal.

The social activist: These are the hidden gems in our neighbourhood who for some reason could not join national politics. Their talent lies in handling social issues of the neighbourhood, solving disputes, arranging facilities, managing Ganeshotsav, Navratri celebrations all with full enthusiasm. They will invite local leaders and celebrities to attend small functions of the locality. They utilise their social service talent in filing petitions for issues of the neighbourhood. They keep a watch on the younger generation so that love-birds don’t pollute the culture and at times do the moral policing too. The members of this species can be of any age group; mostly starting from the late twenties till their seniority is taken into account.

The spooky ones: This is a rare one. They are the understated, reserved, and busy in their own world kinds of folks. They at times won’t even notice you. You can see them coming and going out of their homes without any concern of the surrounding neighbourhood.

They are least bothered about what others are thinking about them. They have their own social circles and they don’t make themselves accountable to anybody.

They will be very decent, but will not allow anyone to enter their mental or physical space. The members of this group mostly belong to urban and cosmopolitan youth who are mostly tenants and professionals.

The sharpshooters (religious ones): Last but not least, these are the neighbours who painstakingly wake up as early as possible, with a carry bag in their hands, and a stick with an angle made of wire attached, to pluck all the freshly bloomed flowers in the neighbours’ gardens. They have this skill to point the rod inside the garden over the fence, to pluck the exact flower they want for their beloved deity. I have noticed so many of them every morning from my balcony. These species are exclusively found only in India, especially in the festive seasons. You can spot them between 5.30 am and 7 am.

However much humour we can draw from a variety of neighbours, but yes we need them. In fact, society is based on the strong bonding of the neighbourhood. A friendly neighbourhood is one of the priorities we look for while buying a place to stay in.

It’s a kind of relationship like that of spouses; after all, we are going to spend the rest of our lives in that neighbourhood. A good and understanding of neighbour is essential for a peaceful existence. We can spend exorbitant amounts of money decorating our interiors but, if there is a lack of a caring, loving and decent neighbourhood, the value of the dwelling is going to depreciate,  psychologically, physically and financially. So, first, let’s be good neighbours ourselves, and create a lovely neighbourhood around us. 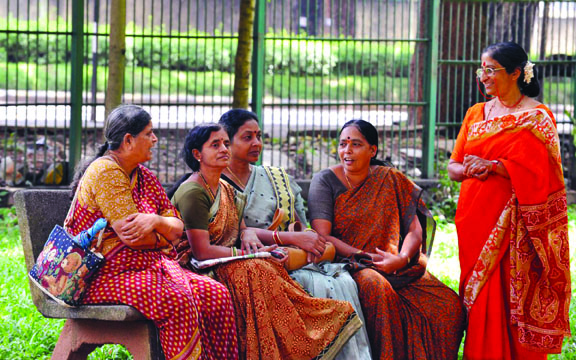