Nick Jonas Has Diabetes Since The Age Of 13, Know Full Story Inside!!

American singer Nick Jonas, the husband of actress Priyanka Chopra, who has made a special mark in Hollywood after Bollywood, has shared a post on the occasion of National Diabetes Month, in which Nick has revealed that he was diagnosed with type 1 diabetes at a young age. He had become a victim and for the last 16 years, he is suffering from this disease. Nick informed people about the symptoms of this disease in his post. Along with this, he also told how he has overcome this disease due to the support of his wife Priyanka Chopra.  Actually, Nick Jonas has recently shared a long note on his official Instagram account. In this note, Nick Jonas told that he was 13 years old when he came to know that he is suffering from diabetes and for the last 16 years he is diabetic and he is getting rid of it well. 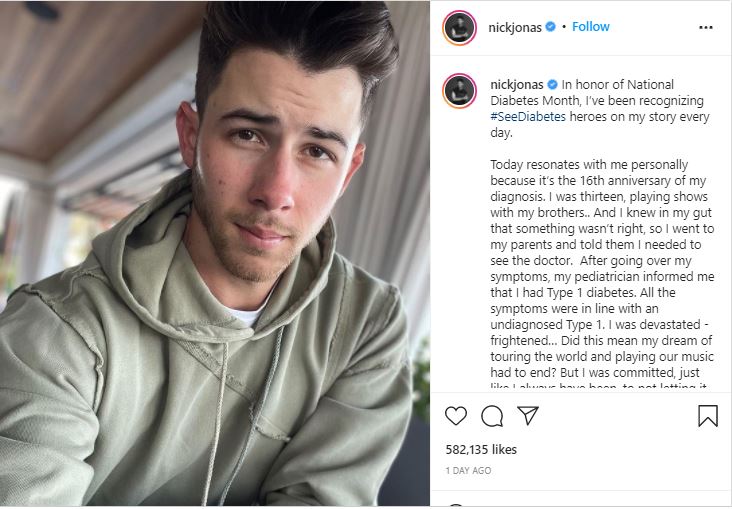 Nick wrote, ‘Today has been 16 years associated with this and it is the 16th anniversary of my diagnosis. I was 13 and playing with my brothers and I knew something was not right with my stomach. So I went to my parents and told them that I needed to see the doctor. After knowing all my symptoms, the child specialist told me that I have type 1 diabetes. Then I thought I was doomed. I was very scared. Did this mean that my dream of touring the world and playing our music was over?’ Next to this Nick wrote, ‘But I was committed that I do not have to slow myself down. I had a supporter, who had faith in me, who never let me down. On this note of Nick Jonas, his father Kevin Jonas and his wife Priyanka Chopra have given their reaction. Commenting on this post, Kevin wrote, ‘We will never forget that day. You inspire all of us, love you’. At the same time, Priyanka Chopra has put a heart-eyes and clapping emoji on this note of Nick. 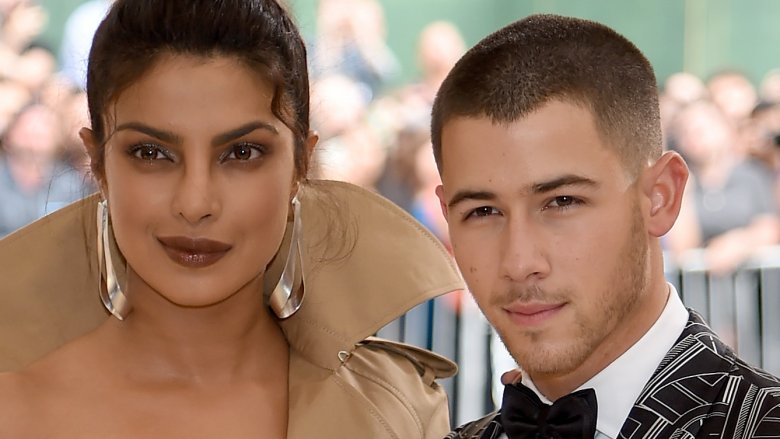 Nick Jonas told in a program that his wife Priyanka Chopra has helped him a lot in fighting this disease. He said that ‘it is very important for you to have a partner who loves you, helps you, and is considerate in every way. I am really grateful to Priyanka for this’. Let us tell you that in the year 2018, Nick Jonas and Priyanka Chopra made a royal in a royal style at Umaid Bhawan, Jodhpur. The marriage of both is going to be three years soon.