Nikki Tamboli and Jaan Kumar Sanu first started as friends in the Bigg Boss 14 house. Their chemistry was loved by everyone in or outside the Bigg Boss house. However, their friendship couldn’t last long and things changed drastically later. In one of the episodes, while putting some serious allegations on Jaan, Nikki asked him to go to jail. When she was asked the reason, Nikki stated that Jaan kept kissing her despite saying no. 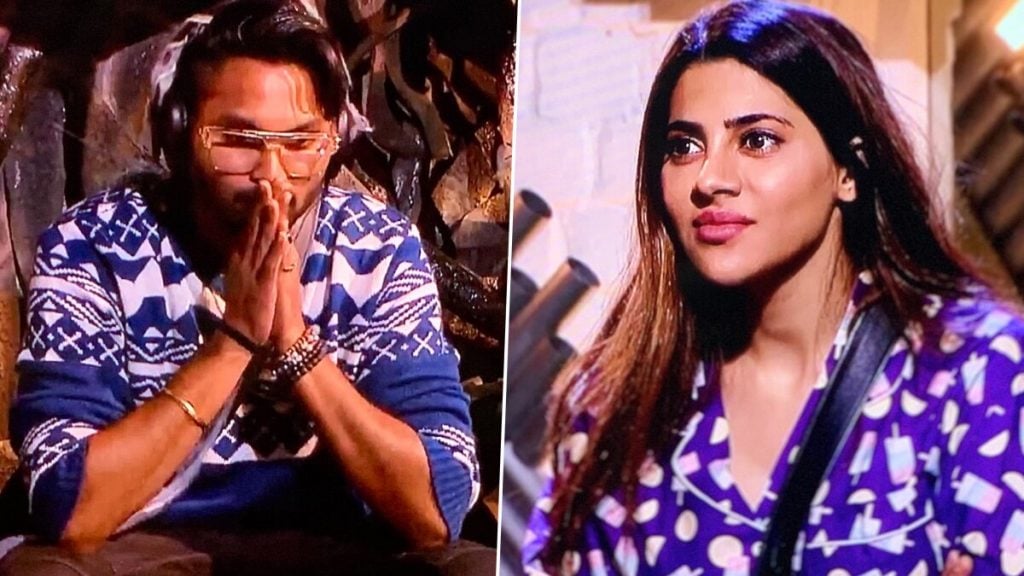 Now, in an interview with Spoboye, Nikki Tamboli explained her side of the story and said Jaan presented it in the wrong way. She was quoted saying, “We were friends inside. And dosti mein hug and kisses are normal. So, in between we had a fight because he nominated me and I got upset with him. Post that, he apologised to me by saying sorry, mujhse galti hogai. Mana raha tha mujhe. But I was really very angry on him, so I wasn’t ready to accept his apology. So, in that discussion I told him that ‘jo aap mujhe kiss karte ho vo mat karna’. Forcefully bilkul bhi nahi tha. But Jaan presented in a wrong way actually by telling national television pe bola. But kiss bhi to aap national television pe hi kar rahe the na. To wahin bolungi na ki mujhe kiss mat karo.”

Earlier, speaking about the same, Nikki Tamboli’s mother had told the portal, “What she did with Jaan Kumar Sanu was for him only. Jaan’s mother must have felt bad and it’s normal, after all she is his mother but Nikki has not done anything wrong with him. Jaan ko apne se door karne ke liye usne ye sab bola. When Nikki had come out after her eviction, I had spoken to her and she told me, “Mummy, Jaan is a really nice guy. He is a simple man and I can’t even think of cheating with him. If I would have not done this, he must have got involved with me more deeply which I didn’t want. Aage jakar uska dil toot jata to usko bhaut bura lagta. She thought before any such circumstances arise she should tell him.”