Nora Fatehi and Terence Lewis in a relationship? The choreographer breaks silence

There were rumours that Terence Lewis and Nora Fatehi were in a relationship. Now, Terence has finally opened up about it.

India’s Best Dancer season 2 was judged by Terence Lewis, Malaika Arora, and Geeta Kapoor. But, as Malaika was tested positive for Covid-19, Nora Fatehi had replaced her for a few weeks. Nora’s chemistry with Terence had become the talk of the town, and there were speculations that the two are in a relationship. Recently, Terence opened up about the rumours of his relationship with Nora and stated that they are very good friends. He also praised Nora and called her hard-working. 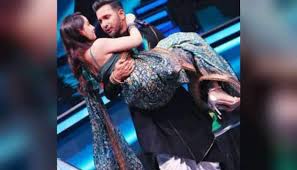 While talking to RJ Siddharth Kannan about the rumours of his relationship with Nora, Terence quipped, “Raaz ki baat raaz rehne do (let the secret remain a secret). I will tell you off-camera.” However, he further added, “We are very good friends. I think we have got great chemistry on-screen. Most importantly, she is a very free-spirited person, and I also like her energy and vibe. She has been a dancer so she understands that. She’s very hard working also.”

“She’s very real, and speaks whatever comes to her mind. She has no filter, sometimes she says something and I tell her you shouldn’t have said that, but she’s like ‘now I have said it.’ But that’s the charm of her. She’s lovely,” he added.

When asked if they are best friends, the choreographer said, “Yeah, we are good friends. I won’t say we are very good friends where we call each other every day, but we have a very healthy relationship.” 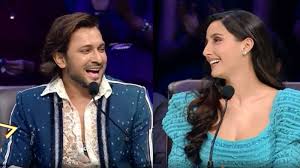 Well, while Terence and Nora have been in the industry for the past many years, there haven’t been many rumours about their personal life. Meanwhile, Nora is currently judging the show Dance Deewane Junior along with Neetu Kapoor and Marzi Pestonji. The actress was last seen on the big screen in the song Kusu Kusu in Satyameva Jayate 2, and reportedly, she will next be seen in a track in Thank God.