Not Ankita Lokhande & Vicky Jain, But This Couple Is The Best Paid On Smart Jodi- Exclusive

According to reports, this duo, not Ankita Lokhande-Vicky Jain, is earning the most money for every episode of Star Plus’ forthcoming program Smart Jodi.

The first episode of Smart Jodi will be shown tonight on Star Plus. The program is a couple-based competition where couples will compete against one another for a reward. In this case, it is an adaption of the Telugu television serial Ishmart Jodi. 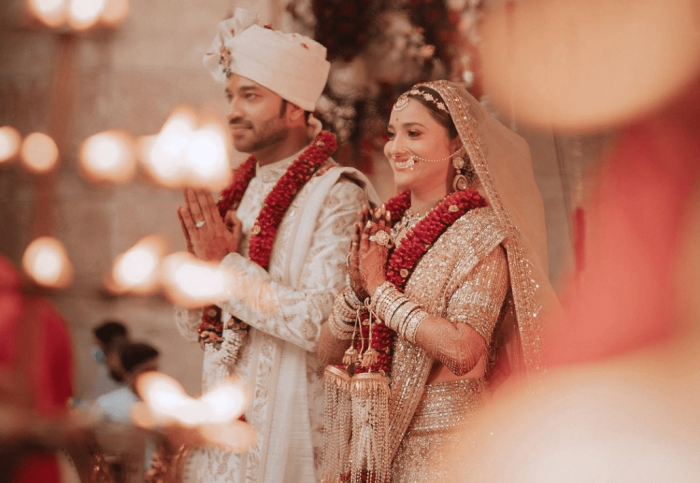 The program features a diverse range of couples, including quite well-known, such as Neil Bhatt and Aishwarya Sharma, Ankita Lokhande and Vicky Jain, Arjun Bijlani and Neha Swami, and others. However, who is the most expensive person on the program will take you by complete surprise.

If you consider that she is also equally well-known and a perennial sweetheart of the Indian populace, this is not the case. Bhagyashree is the subject of our discussion.

“Bhagyashree and Himalaya Dassani are getting the most interest,” a source close to the production said. They are demanding Rs 10 lakh every episode, which is a lot of money. She is a well-known face in Bollywood, and she is still quite famous. The whole Smart Jodi production crew has been taken aback by the level of fun that her husband Himalaya Dassani has given to the program. He is cheery, and the whole unit is devoted to him. He has a way of getting everyone to laugh.

Ankita Lokhande and her husband charge seven lakh rupees every episode, making them the second-highest-paid pair. The episode marks the television debut of her husband, Vicky Jain. There are other more couples on the program, like Neil Bhatt and Aishwarya Sharma, Monalisa and Vikrant Singh Rajpoot, and many more.