The Delhi High Court has decided not to stay the release of Nyay The Justice, a film on late actor Sushant Singh Rajput. Advocate Vikas Singh had filed a petition in the Delhi High Court to ban the film. The media report said that the judge said during the hearing that no relief has been given to the late actor Sushant Singh Rajput, so the film cannot stay. Dilip Gulati has directed this film and this film is directed by Sarla A.

Produced by Saraogi and Rahul Sharma. At the same time, during a conversation with IANS, Rahul Sharma said that we were confident that we would get justice from the court. We are very happy with this decision. This film is not made just to earn Rs. We want whatever is true should come in front of everyone and get justice. Also, while talking about the release of the film, Rahul said that there are plans to release the film after the theaters reopen. 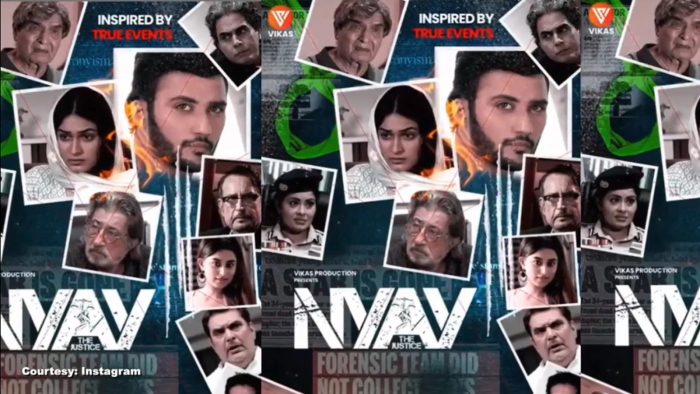 Actors Zubair Singh and Shreya Shukla are going to be seen playing the lead roles in the film. The country’s biggest investigative agency ED and NCB team will also be seen in this film, who will try to find out the cause of his death. Aman Verma as ED chief and Shakti Kapoor as NCB chieftains were deeply shocked by his death. At the same time, the investigation of his death is still going on.

Sushant Singh Rajput got recognition by working in TV serials and after that his work in cricketer Mahendra Singh Dhoni’s biopic ‘MS Dhoni: The Untold Story’ was also well-liked. The whole country was shaken by the suicide of Sushant, who made people crazy by working in many better films. Everyone is still desperate to know the truth behind this suicide.