On Advertising Kamala Pasand Pan Masala, Amitabh Bachchan Said; “Money Is Available So One Has To Think”.

Recently, Amitabh Bachchan had advertised Kamala Pasand Pan Masala, after which he got trolled fiercely on social media. Now Amitabh Bachchan himself has given the reason for doing this advertisement. Amitabh Bachchan, while posting a post related to time, wrote – ‘By buying a watch and tied it in my hand, time fell behind me!’ commenting on this post, a user said – “Praam sir, I want to ask you one thing, what is the need, you too had to advertise pan masala like Kamala. Then what will be the difference between you and these pebbles?’ Amitabh Bachchan has given his answer to this comment. 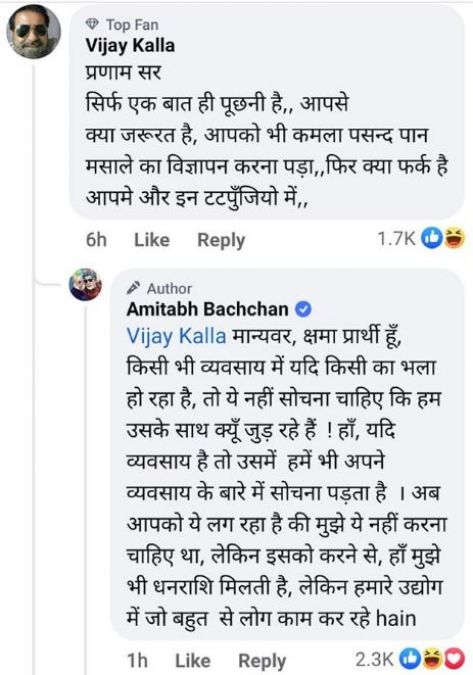 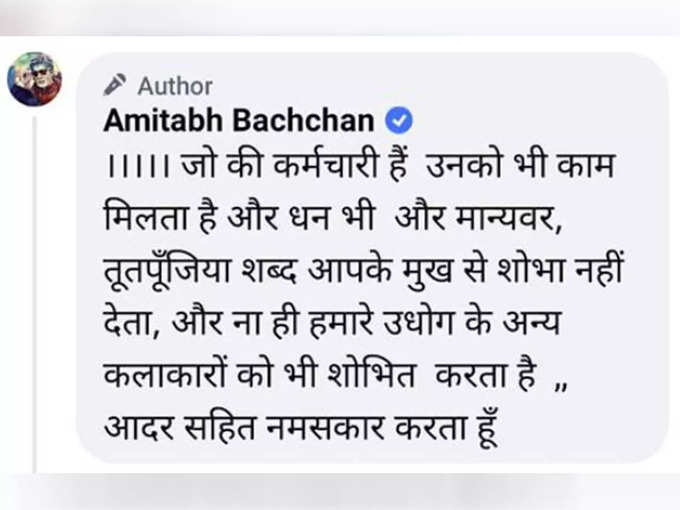 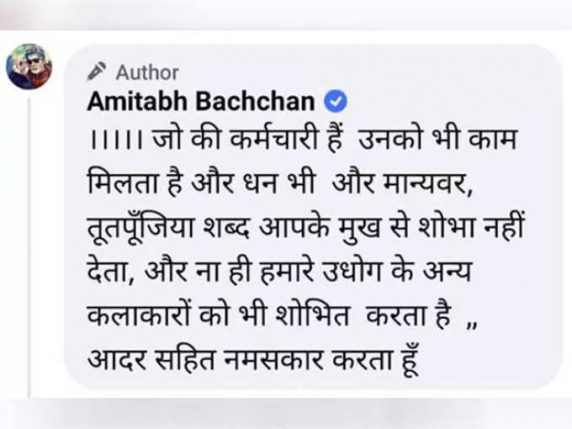 Big B recently did an advertisement for Kamala Pasand in which Ranveer Singh has supported him and the fans did not like to advertise Amitabh Bachchan and he was criticized on social media. However, now Big B should tell the reason for doing this advertisement. have been given. Responding to this user, Amitabh said – “Many wars, I am apologetic, if someone is doing good in any business, then don’t think why we are associating with him. Yes, if there is a business then in that we also need to think about our business. Big B further wrote- ‘Now you feel that I should not have done this, but by doing this, yes I also get money, but many people are working in our industry, who are employees. They also get work and money too. The word tattpunjiyo words are not correct and neither does the other artist of our business. Greetings with respect.’ 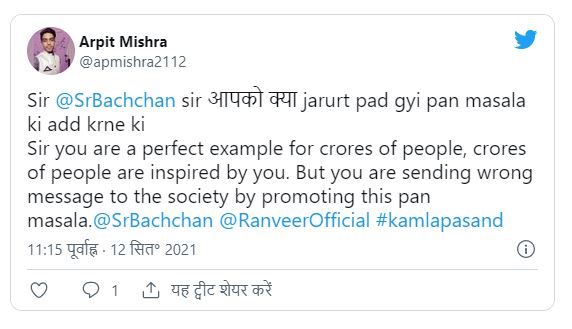