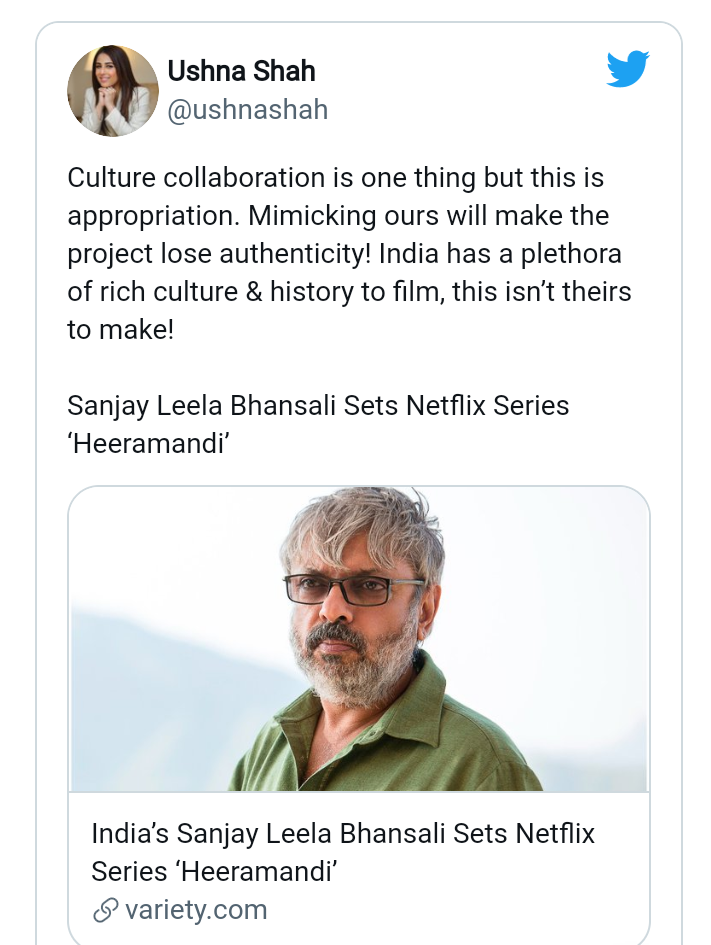 Pakistani actress Ushna Shah took to Instagram to express her disagreements at Heeramandi being made by an Indian filmmaker. She wrote: “Culture collaboration is one thing but this is appropriation. Mimicking ours will make the project lose authenticity! India has a plethora of rich cultures & history to film, this isn’t theirs to make!” 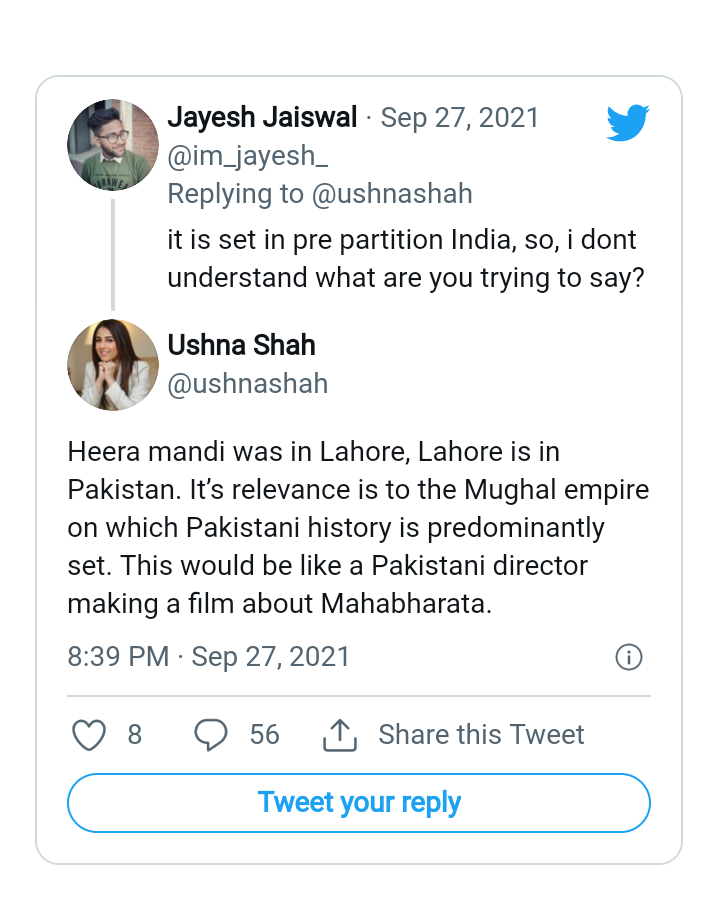 She said, “Heeramandi was in Lahore which is located in Pakistan”. She further added that the upcoming series is also related to the Mughal empire which Pakistani history is based on. She said: “This would be like a Pakistani director making a film about Mahabharata.”

Earlier too, many Pakistani celebrities shared that Sanjay Leela Bhansali’s Heeramandi – which is based on Lahore’s red-light district – is a story that should have been told by a Pakistani filmmaker instead. 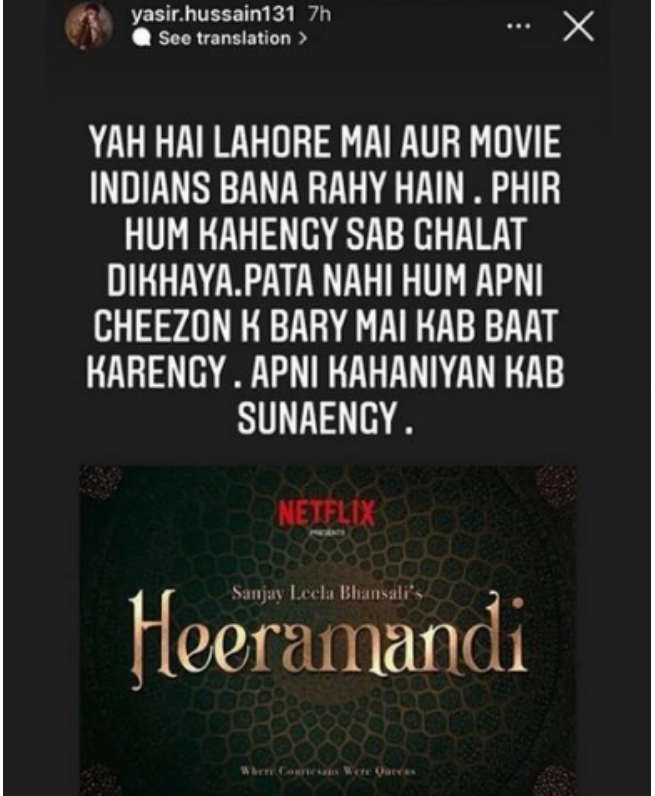 Yasir Hussain said, “Heeramandi is in Lahore but Indians are making on it. Later, we’re going to say that everything they showed in it is false. I don’t know when we will start talking about our historical places and when we will start telling our stories ourselves.”

Hira Tareen also explained why no filmmaker in Pakistan would be successful in making a film based on Heeramandi. She said, “Because if we would have made a film on it, it would have been banned. Producers would have lost all their money. Do you really think people in Pakistan (PEMRA) can tolerate telling the real stories of Heeramandi or any such subject?”