Pankaj Tripathi Recalls Barely Seeing ‘Any Money’ During Childhood: “Don’t Think I’ll Ever Be Able To Take A Big Loan”

Pankaj Tripathi spoke about his childhood and how he barely saw any money. The actor feels a person doesn’t need an ‘extravagant amount of money’ to be happy. 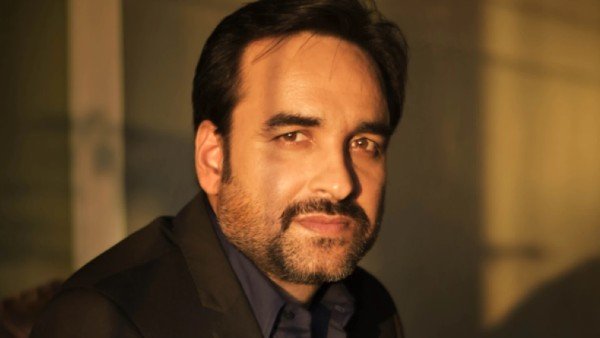 Actor Pankaj Tripathi has recalled his childhood days when he barely saw ‘any money’. In a new interview, the actor said that he believes a person doesn’t need an ‘extravagant amount of money’ to be happy or comfortable in life. He added that he will never be able to take a big loan, buy a fancy car or huge home’.

Pankaj made his Bollywood debut with Run (2004) and was also featured in Omkara (2006). He went on to star in Raavan, Gangs of Wasseypur film series, Dabangg 2, Fukrey, Singham Returns, Bareilly Ki Barfi, Newton, Stree, Ludo, Mimi, Gunjan Saxena, and Bachchan Pandey among others. He is best known for his leading role in the web series Mirzapur, Criminal Justice.

In an interview with Times of India, Pankaj said, “I come from a humble background and even though my wife and I have been in Mumbai for many years, we’ve never felt the need to pursue a flamboyant lifestyle or a luxurious life. I don’t think I will ever be able to take a big loan to buy a fancy car or a huge home.” He also said, “I am the son of a farmer and growing up in a remote village in Bihar, we had barely seen any money. My parents didn’t even have a television at home. I have grown up understanding the value and vice of money and I don’t think my outlook toward material wealth will change anytime soon. I believe you don’t need an extravagant amount of money to be happy or comfortable in life. I always try to stay happy with what I have.”

Last year on an episode of Kaun Banega Crorepati 13, Pankaj had shared about his struggling days with show host Amitabh Bachchan. He had said, “I came to Mumbai in 2004 and Gangs of Wasseypur happened in 2012. For eight years, no one knew what I was doing. When people ask me now, ‘how were your days of struggle’, that’s when I realize that ‘oh, those were my struggling days?'”

He had added, “At that time, I didn’t know that it was a tough period. I didn’t realize the hardship because my wife would teach kids, our needs were limited, we lived in a small house and she would earn so I lived easily. Mere sangarsh mein, Andheri station pe sona nahi include hua unki wajah se (I didn’t sleep at Andheri station during my days of struggle, thanks to my wife).”