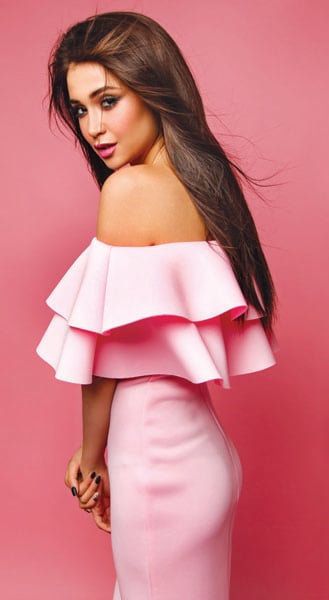 Pink has not always been considered a colour for girls. There was no sudden, unanimous cultural shift but both men and women wear pink attire and it suits them well. It is still seen as both men and boys wear a feminine colour, not as just another colour. It gets noticed, no matter who wears it. The attraction on pink colour is just more than people wearing red. Pink is more English in nature and people love to have a good look with pink.

Pink is a pale red colour that is named after a flower of the same name. It was first used as a colour name in the late 17th century. According to the surveys in Europe and the United States, pink is the colour most often associated with charm, politeness, sensitivity, tenderness, sweetness, childhood, femininity and the romance. A combination of pink and white is associated with chastity and innocence, whereas a combination of pink and black links to eroticism and seduction. One can choose pink as they like it.

This Valentine’s Day, lovers in Japan presented the object of their affection with a worlds first — naturally bright pink chocolate. The KitKat store in the glitzy shopping area of Ginza in Tokyo was a riot of wall-to-wall pink. And the salespeople chose their moment wisely: Valentine’s Day is a massive business in Japan.

In India some religious groups objected Valentine’s day celebrations and consider sending pink under­garments to show their resentment on such social celebrations. Thus, pink assumed great importance and garment showrooms display pink attire on their frontal display board to attract their clients.

Pink, a delicate colour that means sweet, nice, playful, cute, romantic, charming, feminine, and tenderness, is associated with bubble gum, flowers, babies, little girls, cotton candy, and sweetness. The colour pink is the colour of universal love of oneself and it is a peculiar one. Both red and pink represent love and the young generation love to wear those colours when they go for an outing as these colours bring out the best picture for posting in social media and to get the maximum likes. The reason is that pink, being a more decided and stronger colour, is more suitable for the boy; while blue, which is more delicate and dainty is prettier for the girl. Dress designers like pink much like all colours and is considered gender-interchangeable throughout most of the 19th and 20th centuries.

Pink in its conventional avatar has connoted romance and femininity, so it is used extensively by brands of feminine perfumes, cosmetics and accessories. Pink is also the colour of babies and gentle feelings, so a natural colour for baby brands such as Johnson and Johnson is pink. Adult male brands have tended to keep away from pink for these very reasons, and also because pink has been considered the signature colour of the gay community. However, this is changing fast. In recent years, pink is emerging as a cool colour which conveys new-age values to young consumers. Because it is used by a few brands today, it can also serve as an immediate differentiators. For marketers who are willing to take courage, pink is certainly a colour to ponder over for your next offering. 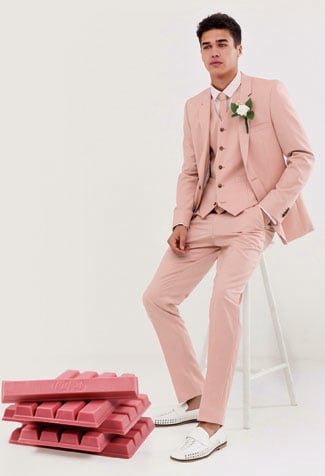 When did pink become a “girl” colour?

Johnson and Johnson’s Dumex baby soap was pink in colour to attract young ones to go for a happy bath. More than 50 pink colours are prevailing with different shades and textures. Pink colour brings serenity to the life of women and men love to see them in pink attire for the sake of pleasure. The transition to pink as a sexually differentiating colour for girls occurred gradually through the selective process of the market­place, in the 1930s and 40s. In the 1920s, some groups had been describing pink as a masculine color, an equivalent of the red that was considered to be for men, but lighter for boys. But stores nonetheless found that people were increasingly choosing to buy pink for girls, and blue for boys, until this became an accepted norm in the 1940s.

As long as you are aware of how different work environments have a different way of dressing and in the daily routine pink occupies the top spot and women love to wear their favouritecolour and pink is best suited for them.