What the Indian men’s hockey team could not show from the 1980 to 2016 Olympic Games, the Indian team under the captaincy of Manpreet Singh has done it. Indian men’s hockey team defeated Germany 5-4 to win a bronze medal in the ongoing Olympic Games in Tokyo. The Prime Minister of the country, Narendra Modi, gave a surprise call to the team’s captain Manpreet Singh and coach Graham Reid after winning this medal after 41 years in hockey and the historic victory of Hockey Team India. 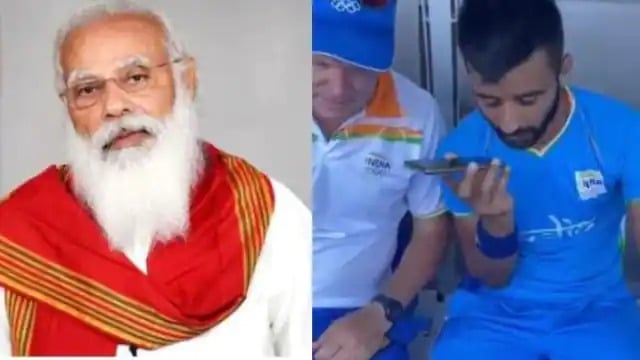 This conversation between PM Narendra Modi and Captain Manpreet Singh has been shared on the Twitter media handle of the Sports Authority of India (SAI). In this video, PM Modi can be heard wishing Indian hockey team captain Manpreet Singh a happy title. Sharing this video, Twitter SAI Media wrote, “The captain and coach of the Indian men’s hockey team today received a surprise phone call (Prime Minister Narendra Modi) after their historic win at Tokyo 2020. Let us inform you that due to this bronze medal in hockey, India’s medal tally in the Tokyo Olympic Games has now increased to 4. Before this medal as a team, weightlifter Mirabai Chanu had won the silver medal for the country, while veteran shuttler PV Sindhu won the bronze medal. At the same time, boxer Lovlina has also been successful in getting India a bronze medal. Today some more medals are also going to fall in India’s bag. 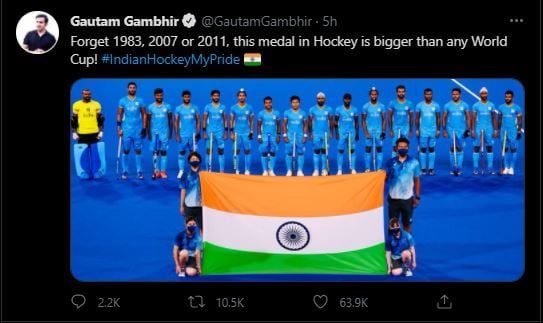 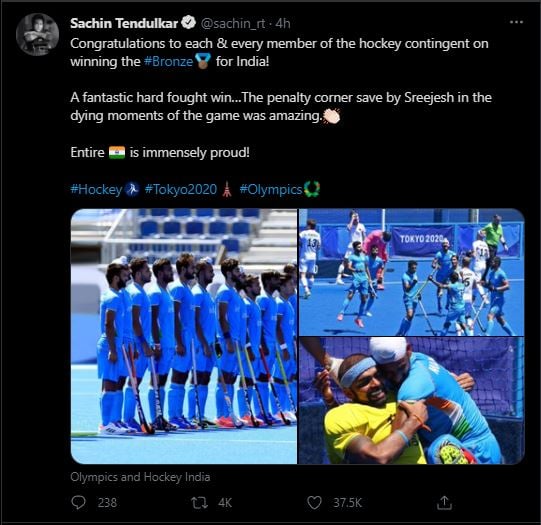 Congratulating the Indian men’s hockey team, former India opener batsman Gautam Gambhir wrote that, forget the victories in 1983, 2007, and 2011 World Cups because this victory is bigger than that. Simranjit Singh scored two goals for India against Germany while Harmanpreet, Hardik, and Rupinder Singh scored one goal each. Regarding this victory after so many years, former cricketer Sachin Tendulkar wrote that, after this victory, congratulations to all the players of the team. The team got this victory after a hard struggle. The way goalkeeper Sreejesh saved the penalty corner was the most important moment of this match.