Pooja Hegde enjoys a massive fan following on social media of South and North Indian fans. The actress often shares bits and pieces of her daily life on social media, which fans enjoy a lot. 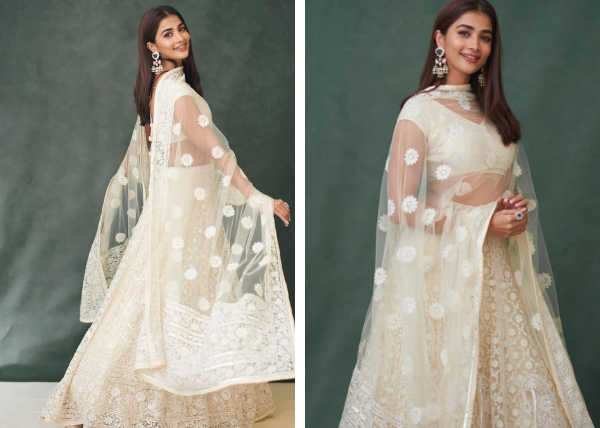 Wedding season is upon us, and we can’t wait to get some celebrity-style inspiration. Celebrities, as we all know, wear some magnificent pieces, and Pooja Hegde recently treated us to one from Abu Jani Sandeep Khosla. The beauty wore an ivory chikankari lehenga with a matching top and a sophisticated dupatta..

Pooja Hegde wore pearl and Kundan studded earrings with her elaborately embroidered lehenga. She chose to keep her hair straight, basic, and open for her Suhas Shinde hair, while bindi, little makeup, and mascara were the highlights of her makeup. She has wore a chikankari lehenga that has been styled by Ashwin Mawle and Kajol Mulani and is perfect for the wedding season. 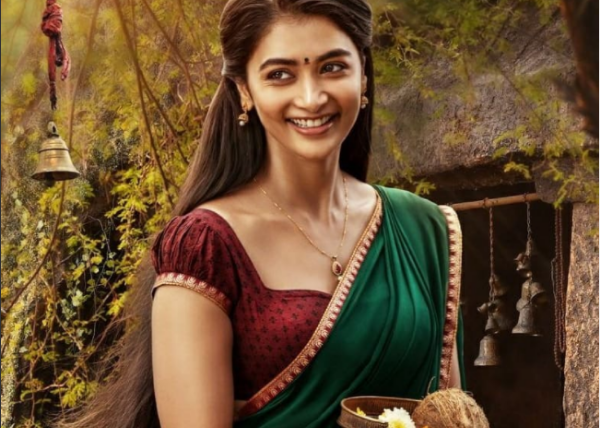 On the working front, Pooja Hegde has resumed shoot for Vijay’s Beast in Chennai. Produced by Sun Pictures, the film has Pooja Hegde playing the female lead with the young and popular Anirudh composing music for the film. Almost 80% of the ‘Beast’ shooting has been completed, and Vijay will be seen as a con agent. The film also has director Selvaraghavan, Yogi Babu, Aparna Das, Shine Tom Chacko, VTV Ganesh and Lilliput Faruqui in important roles.

She will be seen in Radhe Shyam opposite Prabhas and also has a film with Salman Khan. Her countrywide lineup also includes Acharyaa with Chiranjeevi and Ram Charan.