Pooja Hegde is very active on social media and is often seen sharing her beautiful pictures with her fans. Recently, the actress shared a hot bikini-clad picture of her Maldives vacation on social media, in which she is looking very bold. Pooja, who has won many hearts with her bold photos, is once again creating upheaval on the internet. 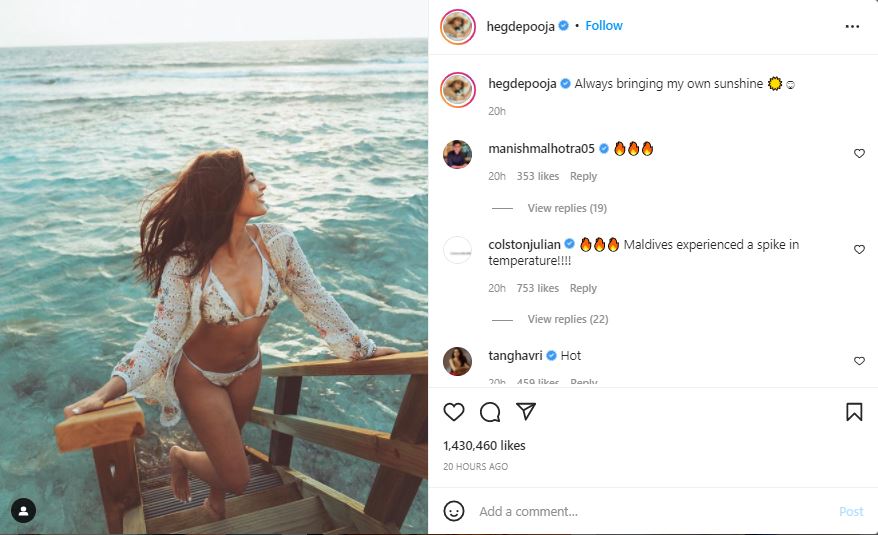 The actress, who is vacationing in the Maldives, took to Instagram to share a picture of herself in a floral ivory bikini set. Pooja is looking gorgeous and she fits in the attire. Sharing this photo, she wrote, “I always carry my sunshine.” Fans are commenting fiercely on this. These include Bollywood’s famous designer Manish Malhotra. He reacted to it with a fire emoji, while a fan said, “Pooja, you yourself are sunshine.”

We have to postpone the release of our film #RadheShyam due to the ongoing covid situation. Our sincere thanks to all the fans for your unconditional love and support.

Pooja Hegde will be seen in the upcoming film ‘Radhe Shyam’ opposite Prabhas. The film is all set for release and was supposed to hit the screens on January 14, 2022, but due to the increasing cases of COVID-19, its release date had to be shifted further. No new release date has been revealed yet. Confirming the release of the film, Pooja wrote on her Twitter handle, “We have to postpone the release of our film #Radheshyam due to the current COVID situation. Thanks to all the fans for their love and support. we will see you soon in cinemas. 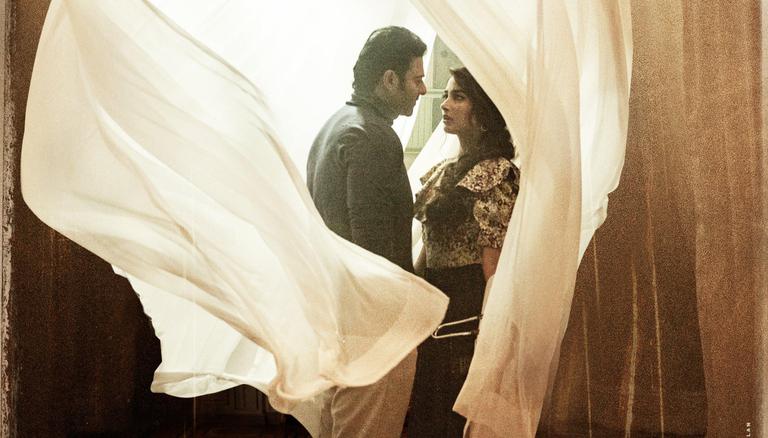 The film is a story set in the 1970s and Prabhas will play the character of ‘Vikramaditya’ and Pooja as ‘Prerna’. Helmed by Radha Krishna Kumar, the film is a love story of Vikramaditya and Prerna, in which fate also plays an important role.