Bollywood star Ranveer Singh is in discussion about his upcoming film ‘Cirkus’ these days. Actress Pooja Hegde will also be seen playing an important role with him in this film. Directed by Rohit Shetty, the film will see Pooja Hegde and Ranveer Singh sharing the screen for the first time. There is a good bonding between the two.

Both are not behind in sharing pictures with each other on social media too. It can be expected that good chemistry of these two will be seen in the film. Recently, Pooja Hegde has posted a selfie with Ranveer on social media. 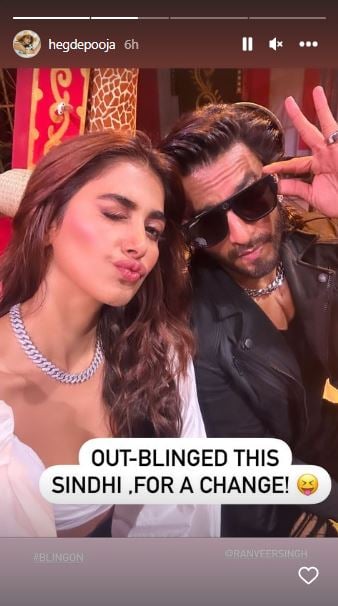 Let us tell you that the star cast of ‘Cirkus’ recently reached the sets of the show ‘Khatron Ke Khiladi’. All the stars had come here to participate in the grand finale of the show. Director Rohit hosts this show. Actress Pooja Hegde has posted a selfie with Ranveer from her official Instagram account. She shared this selfie on his Insta story.

With this, Pooja wrote in the caption, ‘Out-blinged this Sindhi, for a change!’ In the picture, Pooja is seen in a crop top of white puffy sleeves. On the other hand, Ranveer Singh is seen wearing a black t-shirt and black leather jacket. 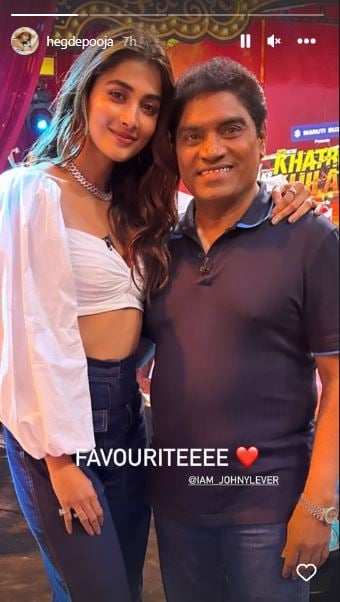 Pooja Hegde has also shared a picture with Johnny Lever. With this he has written, ‘Favorite.’ Let us tell you that Johnny Lever will also be seen acting in the film ‘ Cirkus’. Apart from Ranveer Singh and Pooja Hegde, Jacqueline Fernandez, Varun Sharma are also going to be seen in important roles in this film. Apart from these, Siddharth Jadhav, Johnny Lever, Sanjay Mishra, Vrajesh Hirjee will also be seen. The film will be released on December 23, 2022, on the occasion of Christmas. 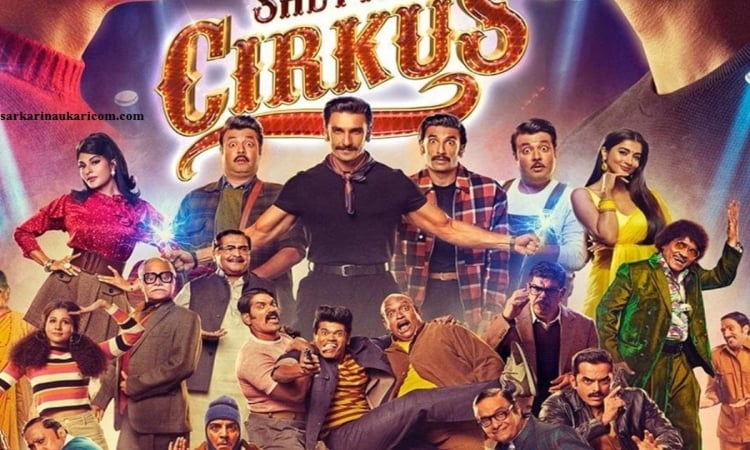 Let us tell you that ‘Cirkus’ is Ranveer Singh’s third project with Rohit Shetty. Earlier both of them worked together in the film ‘Simmba’ in the year 2018. Apart from this, Ranveer Singh has also done a cameo in ‘Sooryavanshi’. Talking about ‘Cirkus’, according to reports, the film is based on the 1982 Hindi film ‘Angoor’. It is also a Hindi adaptation of Shakespeare’s ‘The Comedy of Errors’.