The song titled “Aashiqui Aa Gayi” was released by the makers of the upcoming multilingual movie Radhe Shyam today. The video commences with Prabhas stating his relationship with Pooja. He says, “I’m not the type that dies for love. I just want to flirt.”

The rest of the song shows the romance between the actors. This happens when the couple travels through European roads on a motorbike. Mithoon has composed the song and has also written its lyrics. Further, he also sang the song along with Arjit Singh.

Radha Krishna Kumar has written and directed the movie. The film narrates the story of 1970s Europe. Prabhas plays the character named Vikramaditya. According to the teaser, Vikramaditya is a person who has some strange skills through which he can tell the past and future of everyone. In the teaser, Prabhas says, “I am no God, but I am not one of you either.”

The movie is set to release worldwide on January 14. The movie’s release date would clash with SS Rajamouli’s RRR and Pawan Kalyan’s Bheemla Nayak. 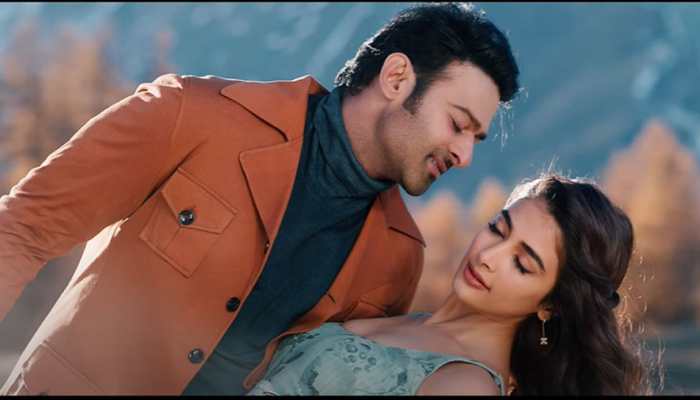 On the career front, Prabhas would play the titular role in Aadipurush. Aadipurush is the adaptation of Ramayana. The movie will be directed by Om Raut and will be cast by Saif Ali Khan. Reportedly, the Bahubali actor would also work along with Deepika Padukone and Amitabh Bachchan for a sci-fiction film. The film will be directed by Nag Ashwin and is still untitled.

The upcoming movies of Pooja Hegde include Acharya, Beast, and Cirkus.