Prabhas, the superstar of South films, was engulfed in the world as soon as his film Bahubali came. The list of his fans is very long. Along with South cinema, he is also very much liked in Hindi cinema. Prabhas will soon be seen in director Om Raut’s superb film ‘Adipurush’. Kriti Sanon is in the lead role along with Prabhas in this film. It is believed that Prabhas’s film ‘Adipurush’ is one of the best films of this year. But let us tell you that this time Prabhas is in discussion not about his film but about his generosity. 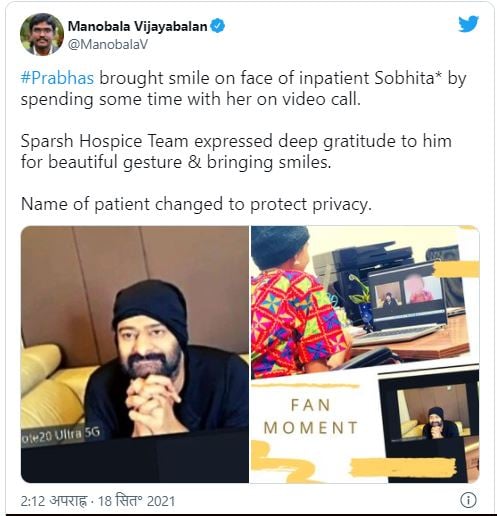 Despite being busy shooting for his film, Prabhas reaches the hospital to meet a younger fan. Where he interacted a lot with his little fan. According to reports, Prabhas was really happy to meet his little fan in the hospital via video chat. Prabhas and his fans had a great time together and also spent hours chatting about Prabhas’s films. He also thanked the people of the hospital for their generosity. Prabhas is such a star who not only won the hearts of the audience through his films but also loved his fans so much that he always stood by them. Earlier, the 20-year-old fan who was battling cancer had said that he wanted to meet Prabhas while stating his last wish. As soon as this news reached Prabhas, he immediately left his shooting in the middle and left the set and went straight to the hospital to meet the boy. 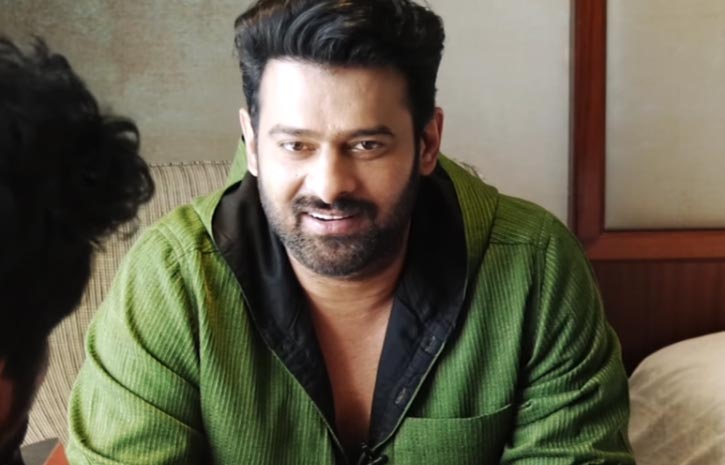 Prabhas worked in SS Rajamouli’s films ‘Bahubali’ and ‘Bahubali 2’. This film got appreciation not only in India but all over the world. After the first part of this film, the audience was eagerly waiting for the second part, and when Bahubali 2 was released that film broke box office records not only in India but worldwide. This film took Prabhas’s career to a new height. Apart from this, Prabhas was seen in the film ‘Saaho’. Shraddha Kapoor was starrer in the film. After Bahubali, people’s expectations about Prabhas have increased a lot. 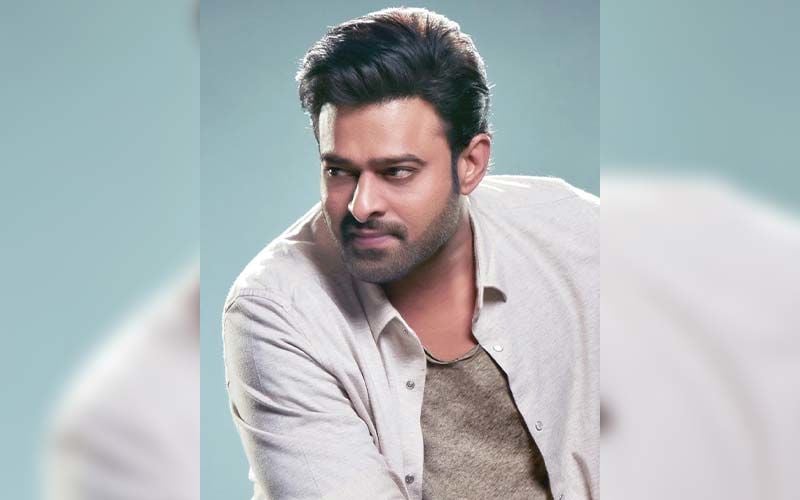 The fans of Prabhas are now waiting for his next big hit and may be their wait will end soon. This year Prabhas has many big films. He is working on a very big project with Deepika Padukone and Amitabh Bachchan. Apart from this, Prabhas will be seen in the film ‘Adipurush’ with Kriti Sanon. Apart from these two, Saif Ali Khan is seen in the role of ‘Ravan’ in this film. Most of the film has been shot by Prabhas.