Pradeep Mehra, A ‘Running Boy’ From Noida, Receives Rs.2.5 Lakh From Shopper’s Stop For The Treatment Of His Mother; Check Out!

Social media has the power to improve or degrade someone’s life. However, Pradeep Mehra’s life was turned upside down when the army wannabe went viral after racing along the street with a rucksack after his work finished at midnight. Vinod Kapri, a national award-winning filmmaker, uploaded a video of a young man racing through the streets of Noida at midnight. The filmmaker inquired about the boy’s desire for a ride. He, on the other hand, declined. He claims that he runs on purpose every day after work since he doesn’t have enough time to train for the Indian army. 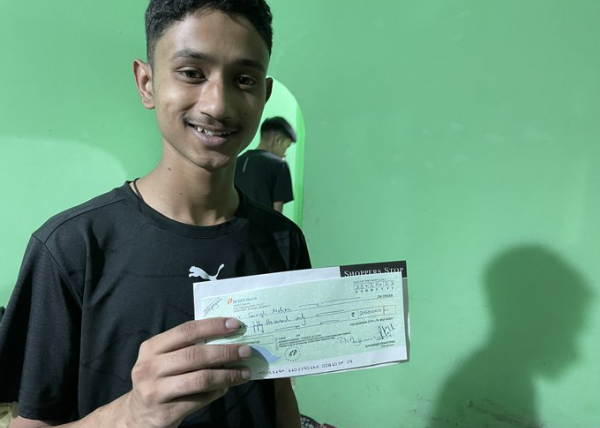 Pradeep became a viral sensation when the video of this interaction was shared on social media. He’d told Kapri that he’d have to do some housework after work. He lives in the city with his older brother. Their parents live in Uttarakhand’s Almora. Their mother is in a hospital for treatment. People on the internet were moved by his story and promised to help him with his problems. Shopper’s Stop, a mega retail company, took the initiative and offered Pradeep a check for Rs 2.5 lakh to help with his mother’s health and to follow his aspirations. 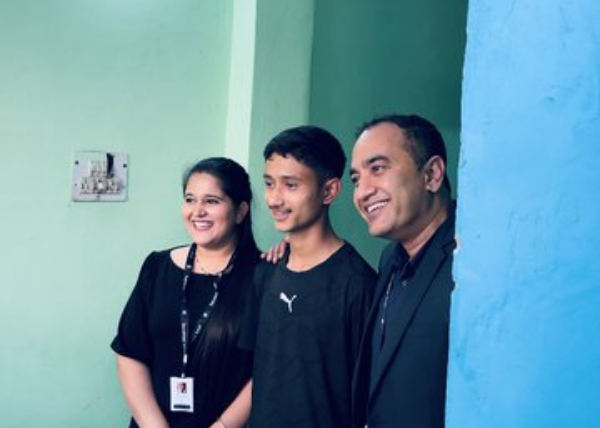 Vinod Kapri tweeted about the same. “Midnight runner Pradeep Mehra is overwhelmed with all the love and support,” Kapri tweeted on March 30. “Shopper’s Stop gave a cheque of Rs 2.5 lakh to him for his mother’s treatment and pursue his dreams. God bless you guys.”

Midnight runner #PradeepMehra is overwhelmed with all the love and support.
Yesterday, @shoppersstop gave a cheque of 2.5L ₹ to him for his mother’s treatment and pursue his dreams.
God bless you guys❤️ pic.twitter.com/uRxck0S2bf

Pradeep’s story drew a lot of people’s attention. He even drew the notice of Lt Gen Satish Dua, who stated he’s doing his part to help Pradeep get enlisted into the Indian Army. “His Josh is commendable, and to help him pass the recruitment tests on his merit, I’ve interacted with Colonel of KUMAON Regiment, Lt Gen Rana Kalita, the Eastern Army Commander. He is doing the needful to train the boy for recruitment into his Regiment. Jai Hind,” he posted on social media.

Pradeep not only drew the interest of local and national media, but he also drew the attention of international media. He told NPR in the United States that he never anticipated to get so much attention. He had remained humble despite the attention he had received. He requested the media to give him some breathing room so he could focus on his goals and not lose sight of what he wanted out of life.