Preity Zinta takes her cheat days very, very seriously. And hence, she likes to be prepared for them. Who works out on a Sunday? Well, Preity Zinta does. The 46-year-old actress shared a snippet of her Sunday workout scene on Instagram and oh boy, it does look intense. Preity Zinta’s workout video is the perfect weekend motivation for those who are struggling to hit the gym after a weekend of binging. However, Preity said she’s prepping for her cheat day ahead. “Weekend workout before my cheat day,” Preity captioned her video, which is set to the song The Business by Tiesto. Preity also tagged celebrity trainer Yasmin Karachiwala in her post. 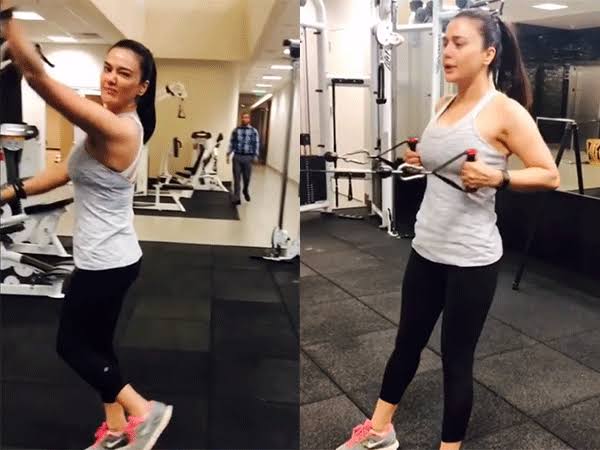 Preity Zinta, who is a foodie at heart, often shares glimpses of her training sessions which help her stay in shape – be it in Los Angeles or Mumbai. Earlier in June, Preity wrote about returning to the Pilates studio after one and a half years: “Reaping the benefits of being vaccinated. Happy to enter a Pilates studio after 18 months.”

Preity Zinta, who got married to Gene Goodenough in 2016, moved to Los Angeles around that time but keeps visiting India now and then. In terms of work, Preity Zinta was last seen in Bhaiaji Superhit, which was released in 2018. She was also featured in a small role in the ABC series Fresh Off The Boat in one episode. Preity Zinta is known for her performances in films like Dil Se, Kal Ho Naa Ho, Veer-Zaara, Kabhi Alvida Naa Kehna, Kya Kehna, Sangharsh, Dil Chahta Hai, Farz, among others.