Priyanka Chopra Thanks Khushi And Boney Kapoor For Giving Her ‘A Taste Of Home’; Check Out!

Actress Priyanka Chopra thanked producer Boney Kapoor and her daughter, up-and-coming actor Khushi Kapoor for giving her a ‘taste of home.’ Taking to her Instagram Stories, Priyanka posted a picture with a glimpse of the food the father-daughter sent from India. 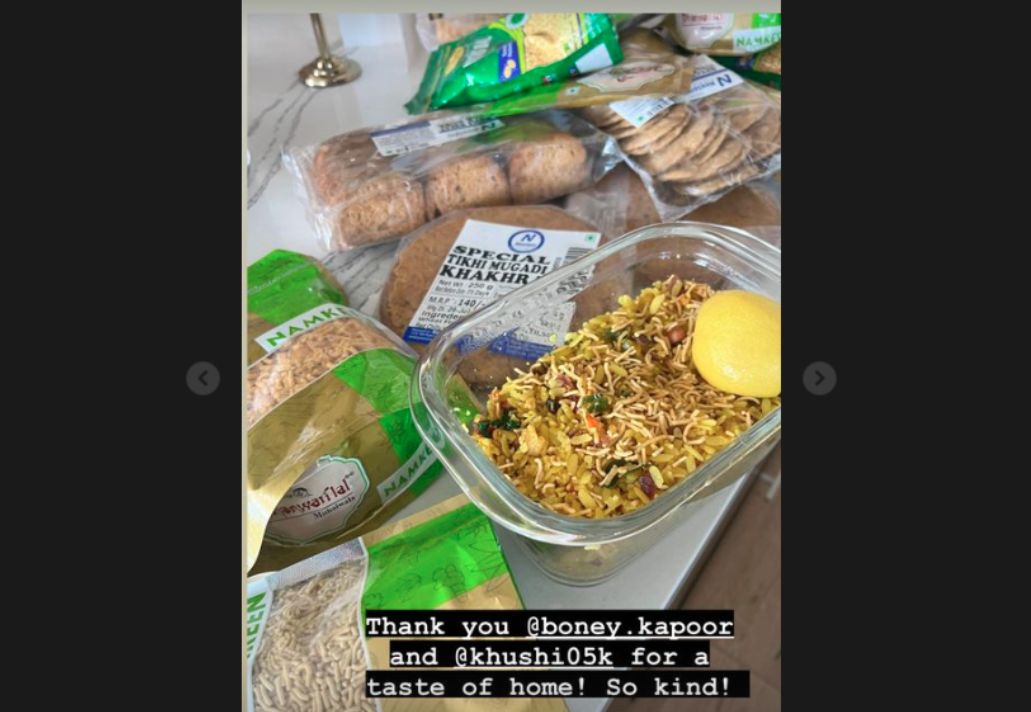 In the picture, Indian delicacies and dishes such as khakhra and poha along with various types of namkeen, were placed on a table. The photo also showed a bowl with snacks inside. Priyanka wrote by sharing the picture of her gift, “Thank you @boney.kapoor and @khushi05k for a taste of home! So kind!.” Priyanka is a big fan of Indian food. She even has an Indian restaurant called Sona in New York. 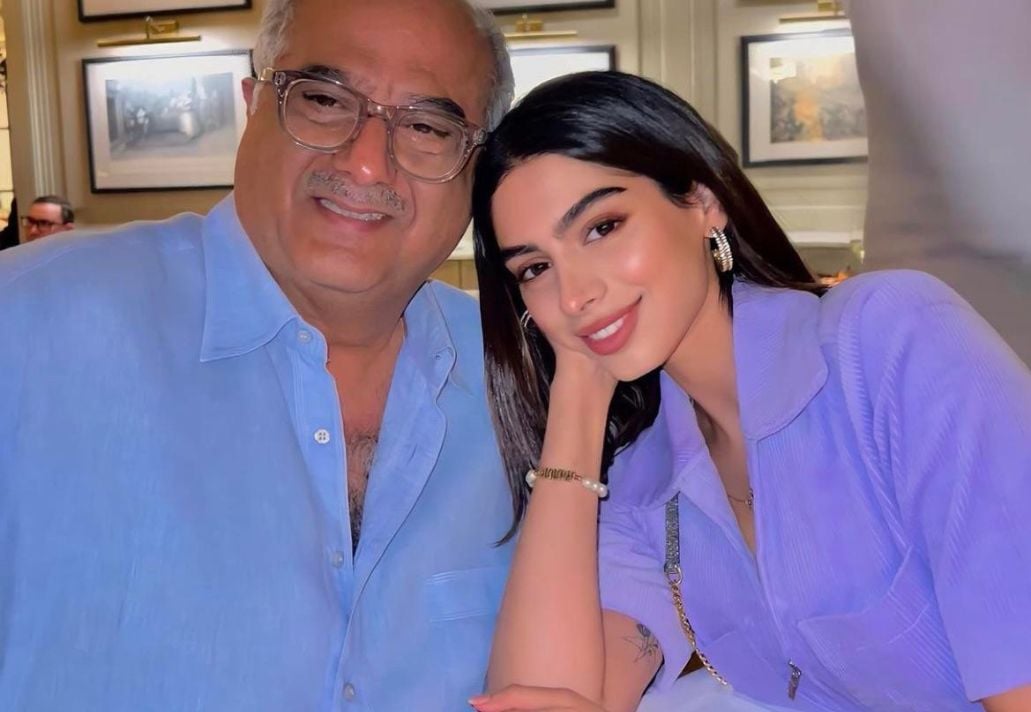 On her Instagram stories, Priyanka also shared a picture of pampering herself. In the photo, she was wearing a gray sweatshirt and staring at the camera with an LED mask on her face. She wrote, “You know I’m serving face behind the LED mask (laughing emoji) #selfcare.” 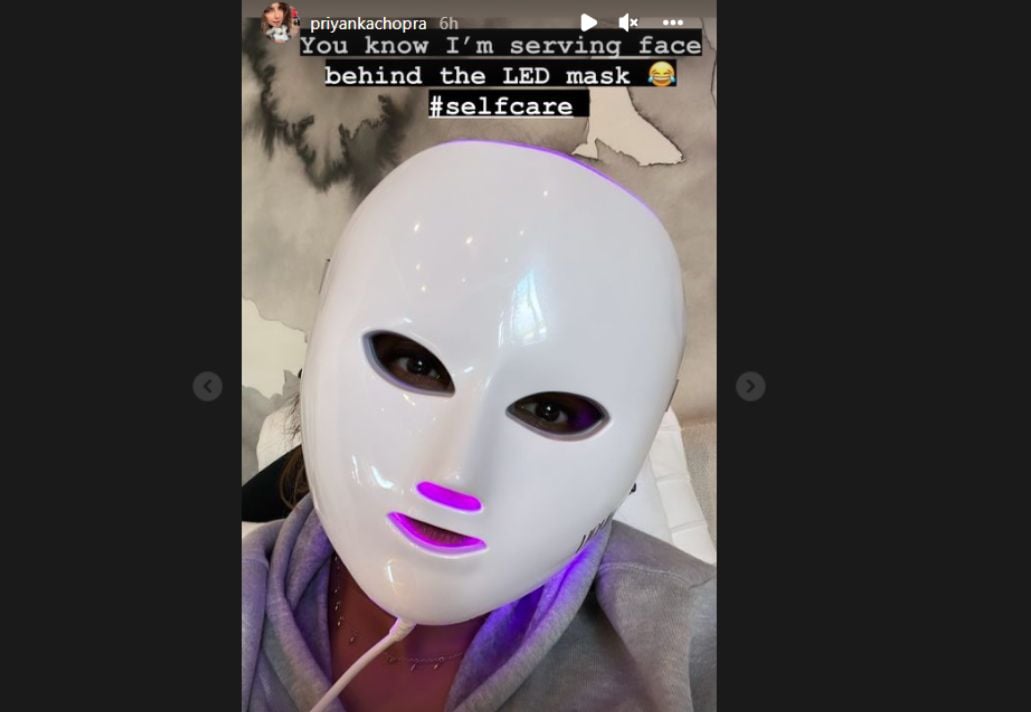 Fans will see Priyanka in many projects. She will star in the series It’s All Coming Back to Me and Citadel. Citadel is produced by Russo Brothers. It will hit OTT on Prime Video. The sci-fi drama series is directed by Patrick Morgan. It stars Richard Madden and Priyanka. . She will be seen in Farhan Akhtar’s Jee Le Zaraa opposite Alia Bhatt and Katrina Kaif. 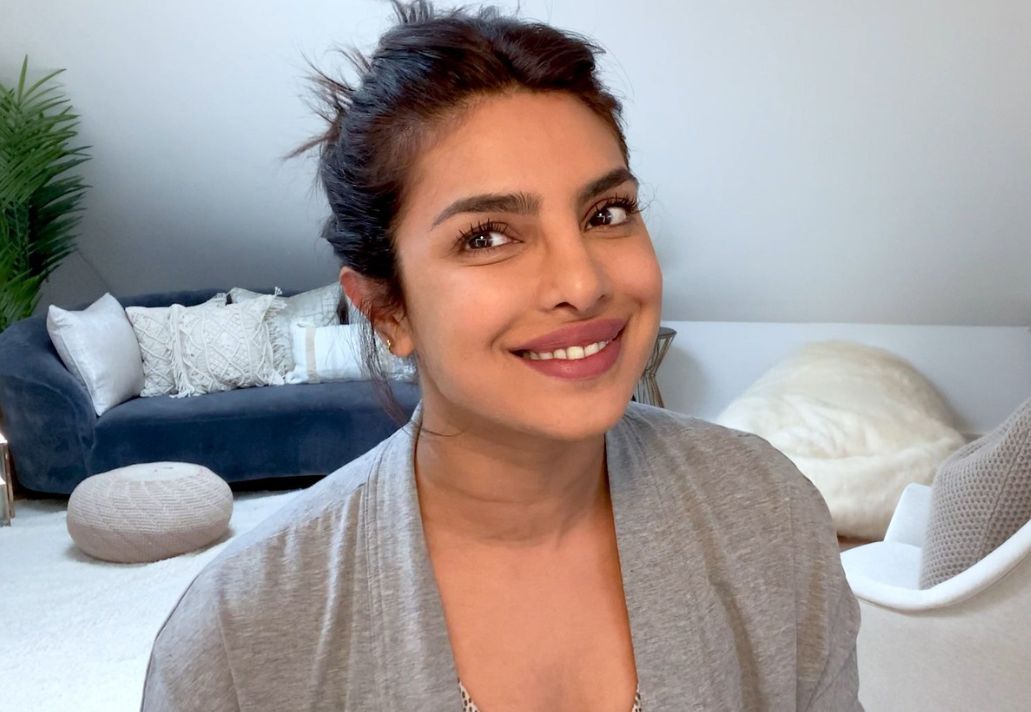