Priyanka Chopra, Joe Jonas, Sophie Turner cheered for Nick Jonas during a softball game on Sunday. Priyanka and Nick were also seen getting romantic before the match.

Priyanka Chopra and Nick Jonas stepped out for a softball match on Sunday and were seen having a romantic moment before the game. Priyanka usually makes sure she roots for Nick every time he steps out for a game. Nick’s brother Joe Jonas and Sophie Turner, along with their daughter Willa Jonas, also joined the couple for the match.

While Nick was in his white jersey, Priyanka was in denim shorts and a top paired with a dramatic shirt. Sophie, who is pregnant with her second child, was in lemon green co-ords.

Pictures of the couple walking hand in hand as they walked towards the field and Priyanka wishing Nick luck with a kiss and hug before the game made their way to the internet. As the photos were shared by one of their fan pages, most of the fans of the two got excited about seeing them in a romantic mood, while some questioned the paparazzi for snooping on them. 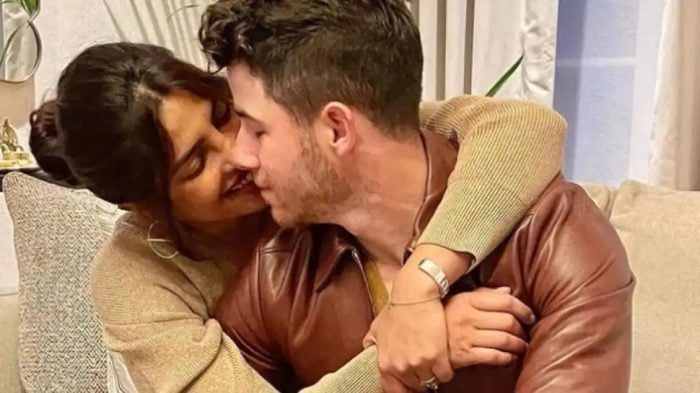 A fan commented, “Oh God. The paparazzi. I feel bad but I am so happy. This wrong?” Another said, “Hmm I love what I see.” One more fan wrote, “Omggggg Yessss!” with fire and heart-eyes emojis. A comment also read, “They look so happy.”

Priyanka and Nick recently brought their baby girl home earlier this month. They welcomed their Malti Marie Chopra Jonas in January but the child was in NICU for over 100 days. She came home on Mother’s Day.

Priyanka took to Instagram to share her first picture (without showing her face) along with a note about all the struggles they went through during this time. She wrote, “After 100 plus days in the NICU, our little girl is finally home. Every family’s journey is unique and requires a certain level of faith, and while ours was a challenging few months, what becomes abundantly clear, in retrospect, is how precious and perfect every moment is.”

Priyanka recently resumed work on her upcoming web series, Citadel. She also has the Bollywood film Jee Le Zaraa and Hollywood projects It’s All Coming Back to Me and Ending Things in the pipeline.