Actress ‘Radhika Madan’ becomes a well-known name in Bollywood. Started her career as. television artist, Radhika made herself count even in the race of big screen by her acting skills. She was seen in several movies, like Ray, Go Goa Gone 2, Mard ko Dard Nahi Hota, Angrezi Medium, and lastly Shiddat. 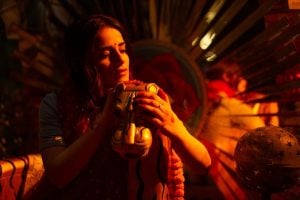 Shiddat was released on the OTT platform and her character was loved by the Fans. according to Radhika, Webspace offers more variety than the movie does. She was asked if webspace offers her more chances to experiment? Radhika asked that she will agree. While explaining her views on the OTT platform, the 26-year-old Said“There’s a sense of fearlessness when it comes to content on OTT. People can explore more, dive a bit deeper, and take a risk. I will say yes. The theatrical audience is very different. There are a lot of limitations to releasing a film in theatres. OTT is more daring and satisfying as well I would say.” 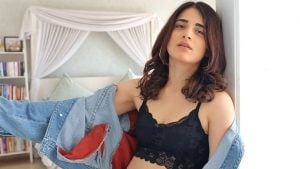 “I want to invest in my characters. If it is challenging, or something like I have never done before, I would go for it. I wouldn’t limit myself to several shows or films on OTT. I never think like that when it comes to films or OTT. At the end of the day, you are offering a part of your soul and want to tell a story. It doesn’t matter which platform it comes on. You just need to tell the story. I am not going to limit myself,” Madan added.

She also agrees that the content of the OTT platform is extreme sometimes and demands highly sensitive and bold scenes. Talking about the work from, Radhika will be seen next in Kuttey co-starring Arjun Kapoor.