Dimpy Ganguly came under the limelight when she participated in Rahul Mahajan’s swayamvar which was telecasted on Imagine TV back then. Rahul Mahajan and Dimpy got married on the national TV. She even appeared on a dance reality show. But soon after Dimpy put domestic violence allegations on Rahul. And both of them separated their ways. 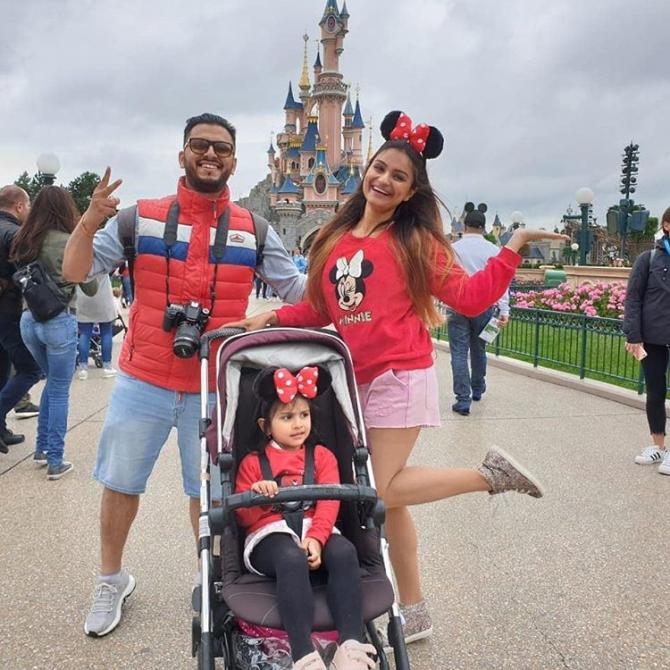 Now, Dimpy is all happy and living the best life. She moved on and married to Dubai based businessman, Rohit Roy. She has a daughter too, Reanna Roy who is adorably cute. Dimpy Ganguly regularly shares some #MommyDaughter moments from her life with her followers. In the latest Instagram post by her, Dimpy and Reanna give us all some major twinning goals. The former model’s note on parenting, humanity, hope, religion and spirituality was what caught everyone’s attention. It could be read as “I had recently shared a video where Reanna was bathing Shiva (a Hindu god) while chanting “Om Namah Shivay”. While mostly I received adorable messages and blessings for Reanna, my cousin brother, one of the deepest people I know, wrote back to me saying, his daughter (who is a year and a half younger to Reanna) is growing up without religion. My first instincts were “how cool!” I mean the amount of differences religion has caused in my country and in countries around the world; the wars fought, the bloodshed… Wouldn’t it be better if we only had one religion- humanity?” 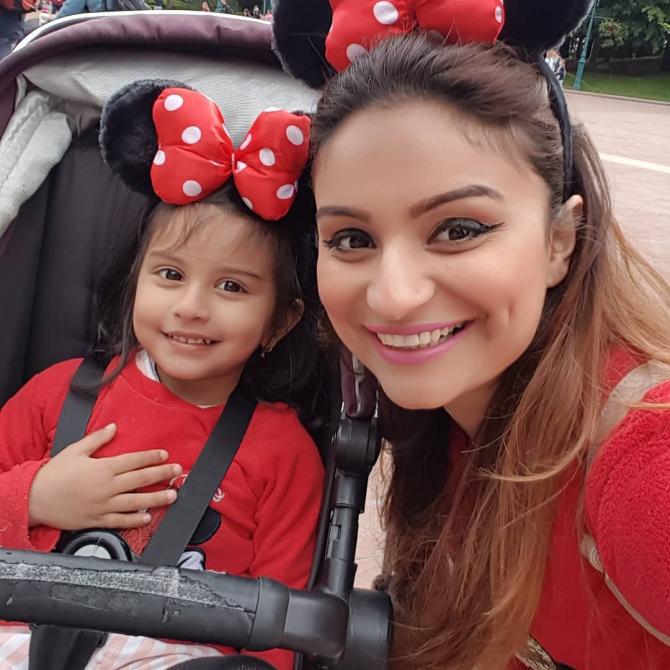 Dimpy Ganguly further wrote, “But then he goes on to tell me that his daughter doesn’t know what praying or a prayer is and never will, and I started thinking more…I can’t call myself overly religious (I’m more spiritual) but I have always associated prayers to “hopes”. Religion to me is having that faith that good always triumphs over bad, that in days of extreme darkness u know that a supreme power is looking after you and giving you the strength to bear with things and inspires you to be a better person …and I don’t think I could have made it this far if I didn’t have the “hope”. My prayers are a way of letting the universe know my wishes..so why take away “hope” from someone?” 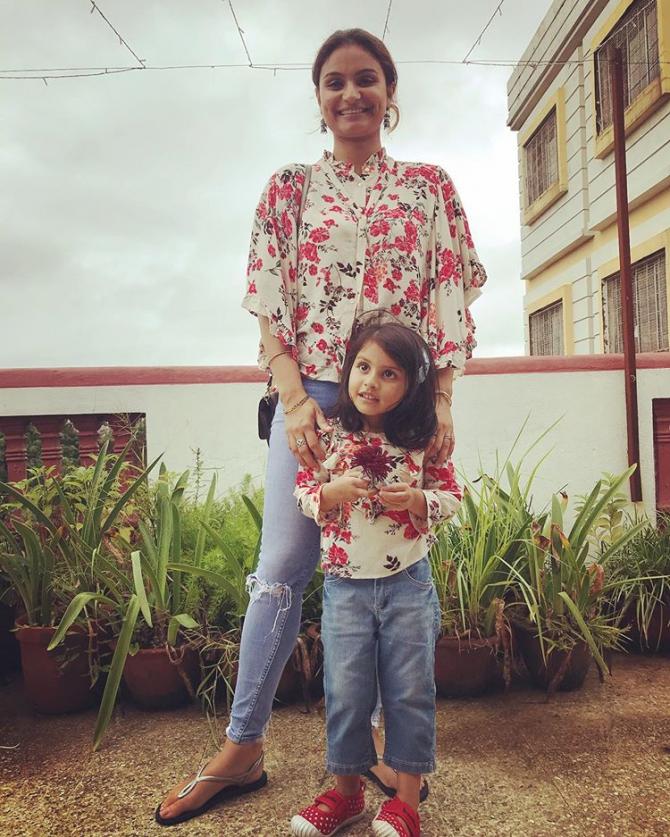 Dimpy Ganguly’s completed her note with, “Moreover I never had to teach Reanna to take an interest in religion it was totally her choice. True enough her grandmoms were overjoyed and this became something they do together. But I don’t think that introducing my religion to my daughter is something “heinous”. Albeit I’m against all prejudices associated with religion and I do think as a family we would make sure that Reanna too is free of prejudices. But when I see her doing these things I look back and remember that I was raised this same way and I (think) I turned out quite alright. I would love to raise a responsible global citizen but I am also very proud of my upbringing, my culture and my traditions and I would love my daughter to know what they are and I’m pretty sure if I can do it right she will choose what’s best for her life in the generation that she will live and in the world that she will have to survive. I will lay out all the cards and I will let her choose. #twinning.”