Actress Disha Parmar and TV personality Rahul Vaidya are some of the most beautiful and cutest couples in Bollywood. They always support each other at every work. They are fans’ favourite and winning their hearts since the beginning.

Recently, a video of Disha and Rahul went viral on social media. Rahul and Disha were going somewhere and were driving. They stopped midway to have a fun and cute moment with a fan in public. 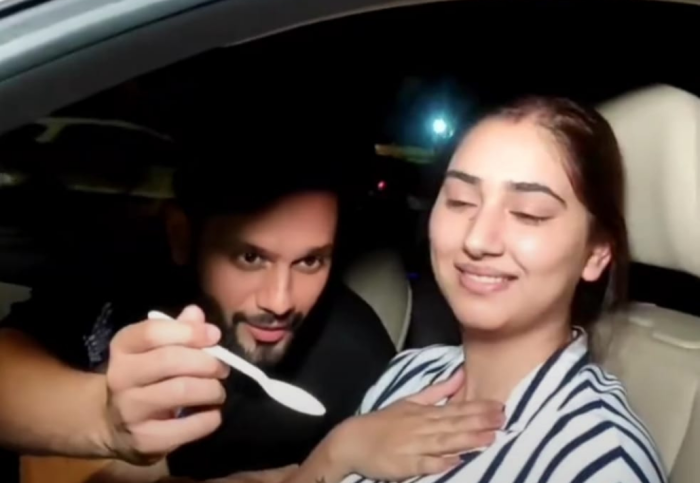 It was seen that a female fan rushed to their car with a cup of ice cream. Rahul even fed his fan a spoon of ice cream too. It was a cute moment and the video of Rahul eating ice cream with that fan has gone viral. Fans are commenting on lovely words. A fan wrote, “This is so sweet of RKV, the way he was feeding to his fans.” Another fan commented, “how sweet.” One fan jokingly said, “ab jo ice cream ka daag car Mei lag Gaya .. uska Kya hoga.” See the full video here. 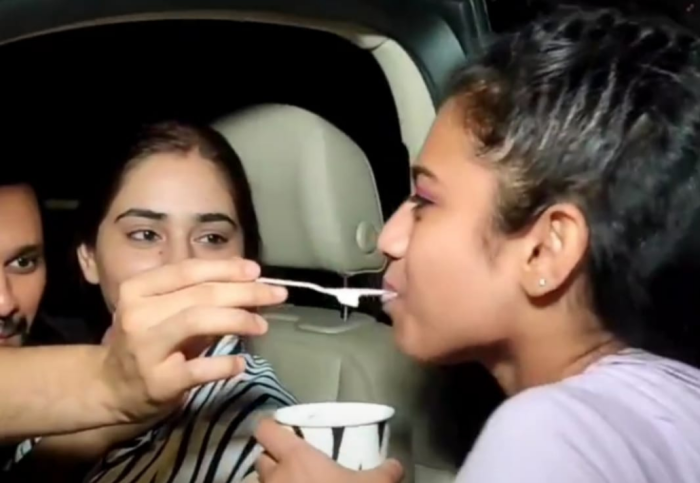 On July 16 in Mumbai Disha and Rahul tied the knot after the singer proposed to her on national television. Rahul told that he realized his love for Disha during Bigg Boss 14 participation. After a few months, Disha said yes.

Disha Parmar is currently at the lead of the show Bade Achhe Lagte Hain 2 alongside Nakuul Mehta. The show is getting good reviews from fans and they are happy with it. Recently, there was a rumor going around about Disha’s pregnancy. She was seen wearing an oversized shirt and fans were speculating that she is pregnant. But the actress herself confirmed that the news is not true.