Rajeev Sen and Charu Asopa tied the knot in a lavish wedding in Goa amongst close friends and family. But just after a month there were rumours that trouble has hit their paradise. A source has informed the news portal IMW, “It’s strange that the two have unfollowed each other after getting married. Social media is a norm to display affection and stay in news. Their move can either be a publicity-seeking stunt or a genuine case of acrimony, only time will tell.”

And the rift between the two was quite evident from their social media posts. Going through the social media accounts of Charu Asopa and Rajeev Sen, it was seen that they might be facing some trouble in their marriage. They had unfollowed each other on Instagram and even changed their profile pictures. Earlier the two had couple photos but now they are their respective single pics. In-fact from the last few days, Charu has been sharing cryptic posts which made their fans wonder if all is well between the newlyweds? Charu had shared a picture of herself and captioned it as, “Hum labon se keh na paye unse hale dil kabhi, aur woh samjhe nhi ye khamoshi kya cheez hai” Some fans also wrote in the comment section that Rajeev is blocking those who are asking why he unfollowed his wife. Check out the picture followed by some of the comments by their fans: 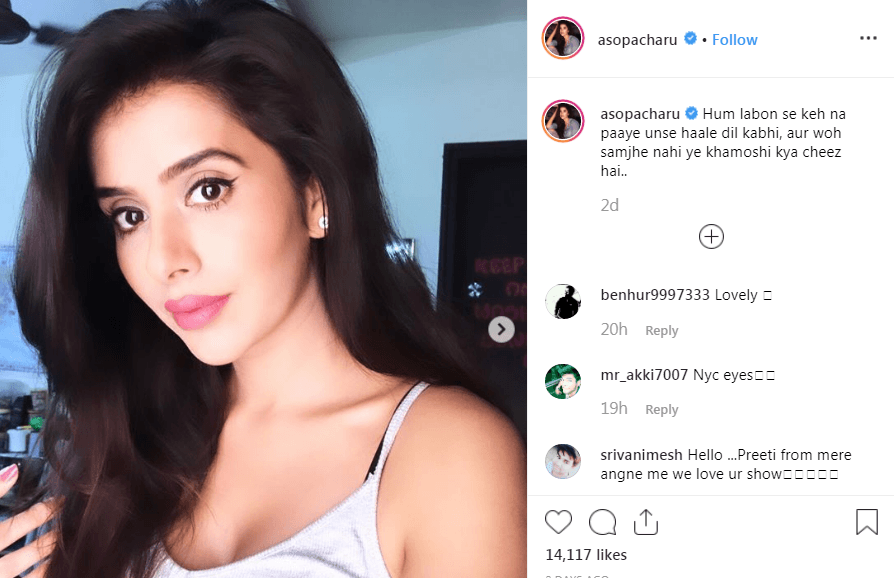 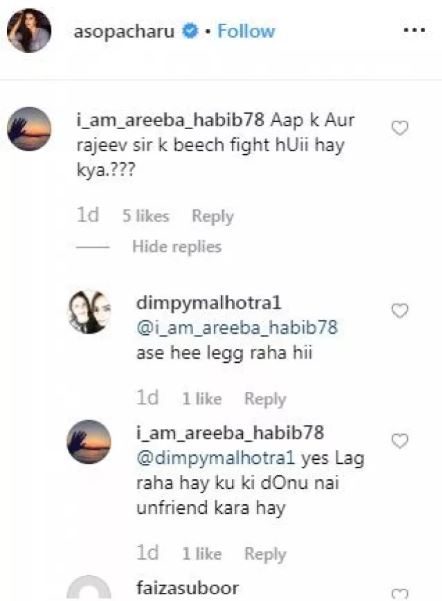 But now it seems that the couple has sorted out their differences Charu had shared lovey dovey pictures with Rajeev and captioned it as, “Itni si baat hai mujhe tumse pyaar hai” 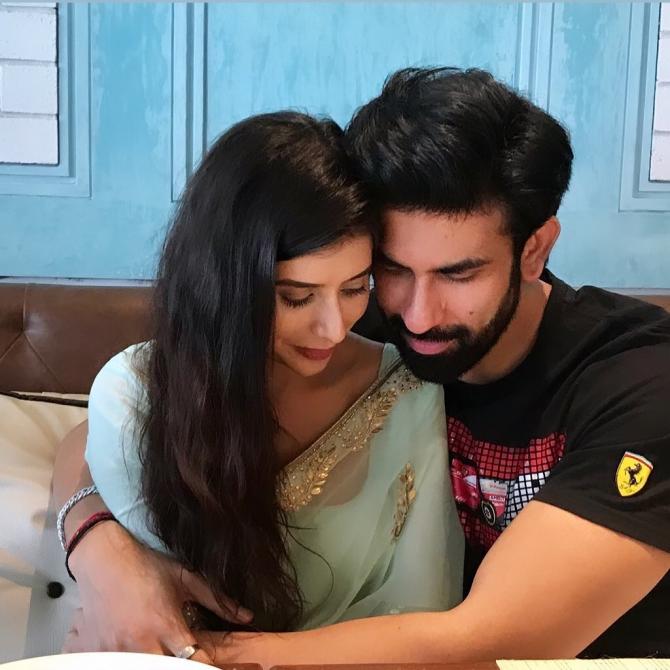 In an interview with Bombay Times, the actress had once shared that cupid struck just when they met. She was quoted as saying, “After our first meeting, we had decided to catch up again over coffee, but I left for my hometown, Bikaner. I was on a much-needed break after my show, Jiji Maa, ended. In fact, I hadn’t decided when to return. However, as luck would have it, I was offered KarnSangini and had to report on the set the very next day. I texted Rajeev from the set and told him that we could meet for coffee. I had assumed that the meeting would end in half an hour. However, we went on talking for hours until I told him that I had to leave as I had an early call time the next day. We started chatting, spending time together and the rest, as they say, is history. I don’t know if I can call it to love at first sight, but it looks like that.”

We wish the couple a lifetime of togetherness.

Shefali Jariwala From Big Boss 13 Was Paid Only 7k Rupees For Her Song Kaanta Laga: Says ‘My Father Was Completely Against It’
5 Bollywood Stars Who Married In The Royal Parivaars
Kareena Paddles Down Taimur On The Streets Of London
Sushant Singh Rajput Finally Reacts To His Alleged Link-Up Rumours With Rhea Chakraborty