It’s Karwa Chauth today, one of the most awaited festival for all Indian women, especially the newly married ones. While there are a number of other actresses who would be celebrating their first Karwa Chauth, how could we forget the controversial queen Rakhi Sawant. It is her first Karwa Chauth as well as she claims to have married the US based Ritesh now. 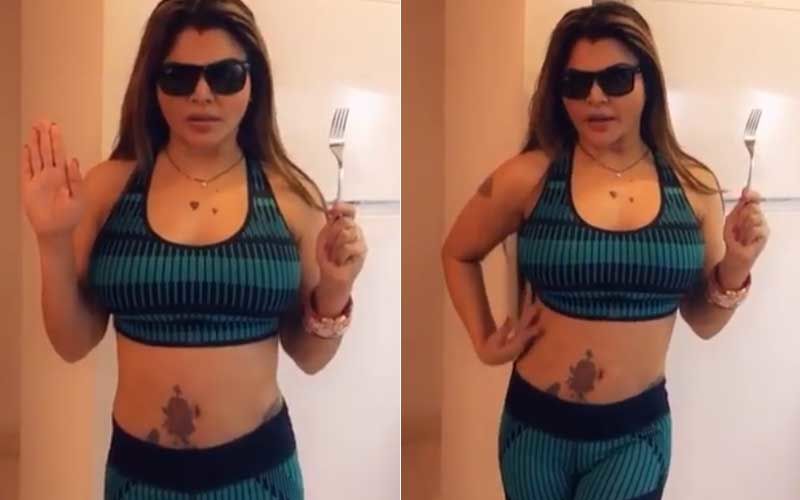 Rakhi is observing a fast too for her Pati Parmeshwar. She revealed it through a video posted on Instagram but later she deleted the video. She informs her fans that she has kept the fast, however, she forgot to eat Sargi in the morning. The video starts with Rakhi saying to her fans that she is quite weak as she hasn’t eaten ‘sargi’. All the ladies who observe fasts have to wake up early and fill their stomachs with lots of food before the sunrise. Sargi is a plate filled with delicacies that a mother-in-law gives to a daughter-in-law to eat in the morning. As Rakhi could not wake up early in the morning, she missed eating food. In the video, she also reveals that her husband Ritesh is also keeping a fast for her. 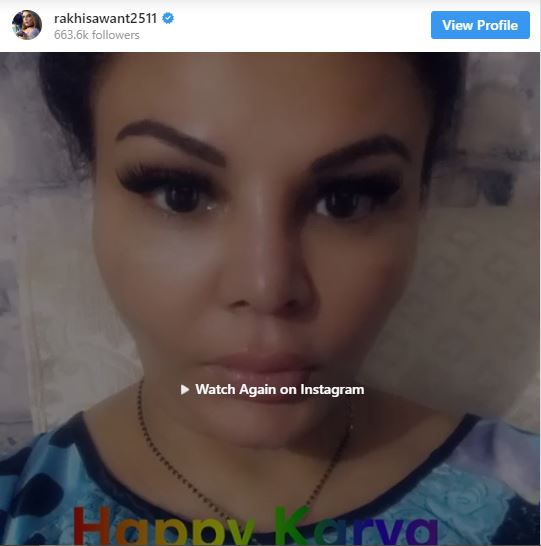 In another video, Rakhi chirpily quips that her ‘sasu maa’ has given her the task of making the sweet dish in her capacity as the daughter-in-law of the house. she can be seen cooking gajar ka halwa while donning a blue sports bra and tights. Have a look at the video: