Remember last year in October when Ranveer Singh and Deepika Padukone shared the picture of their wedding card invite on social media? Well, a similar card is going viral once again and this time it is for the engagement of Ranbir Kapoor and Alia Bhatt. Yes, you read that right! Pictures of a blue-color engagement invitation card is shared on social media and is considered to be the invite of Alia Bhatt and Ranbir Kapoor’s engagement which is scheduled to be done on 22nd January next year at the Umaid Bhawan Palace in Jodhpur. 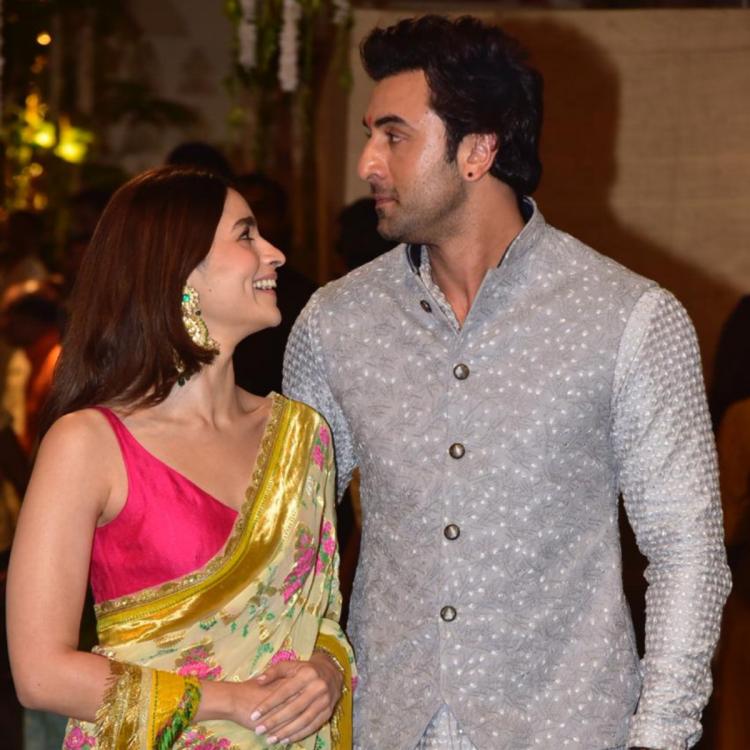 We know that Rishi and Neetu Kapoor do approve of Ranbir and Alia’s relationship, but this seems to be one step ahead. The content on the card reads, ‘Mrs Neetu Kapoor & Mr Rishi Kapoor invite you to the Sagan ceremony of their son’s Ranbir Kapoor with Aliya Bhatt’. Well, the spelling Alia printed on the card is enough for all to know that it is a fake one. Check out. 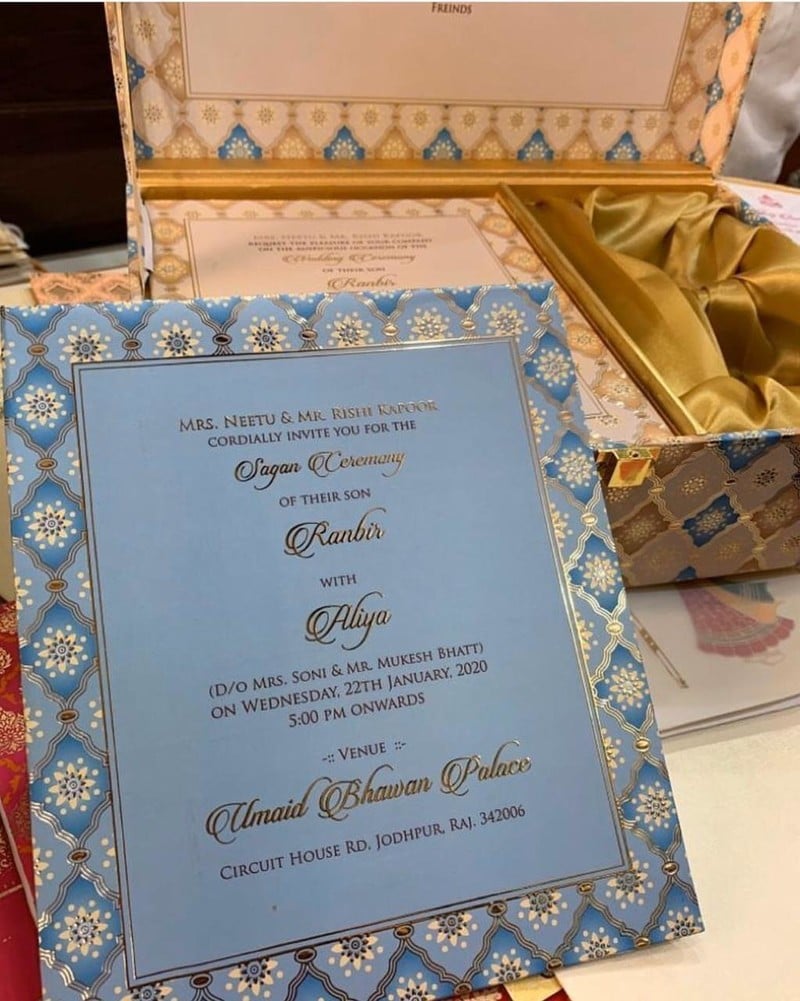 Dipika Kakar Admitted In The Hospital, Husband Shoaib Ibrahim Prays For Her Speedy Recovery
Nushrat Bharucha Recalls When Her Father’s Pointed Out Her Outfit From Chote Chote Peg Song; He Asked, ‘Is That A Bra?’
Siddharth Malhotra Takes Kiara Advani Home For An Intimate Party After Her Birthday Bash
Varun’s Fan Who Slammed Arjun For Hating Sridevi & Dating Malaika Posts A Public Apology