Bollywood’s new parents Alia Bhatt and Ranbir Kapoor have been on cloud nine ever since they welcomed their first child together. They are parents to a baby girl. They revealed that they have named her ‘Raha.’

In a post shared on Instagram, Alia Bhatt wrote that the name was chosen by Raha’s dadi Neetu Kapoor. She explained its meaning in different languages. Bollywood stars Kareena Kapoor Khan, Priyanka Chopra, Anushka Sharma, , Sonam Kapoor, and many other actors commented cute comments. They expressed their love for Raha. Ranbir Kapoor’s niece Samara shared a beautiful message on her Instagram story. 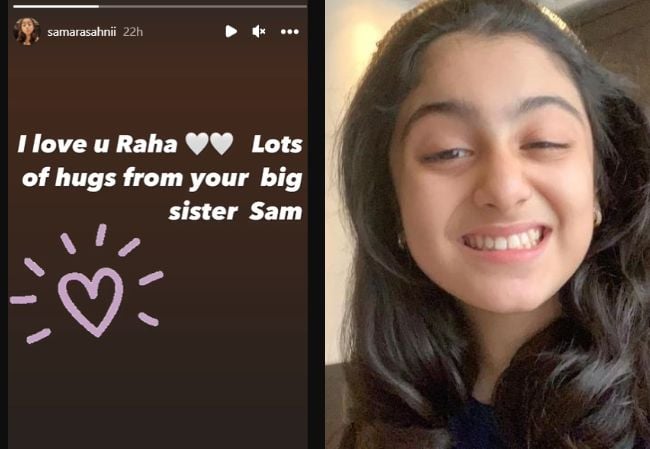 Soon after Alia Bhatt shared the post, Ranbir’s niece Samara Sahni took to her Instagram story to express her love for the younger sister. In her message for baby Raha, she wrote that she loves her. She is giving her lots of hugs. She wrote, “I love u Raha (heart emojis) Lots of hugs from your big sister Sam.” On the other hand, Neetu Kapoor re-shared Samara’s post on her Instagram story.

Alia explained the meaning of Raha. She wrote, “Raha, in its purest form means divine path in Swahili she is Joy, In Sanskrit, Raha is a clan, In Bangla – rest, comfort, relief, in Arabic peace, it also means happiness, freedom & bliss. And true to her name, from the first moment we held her – we felt it ALL!” 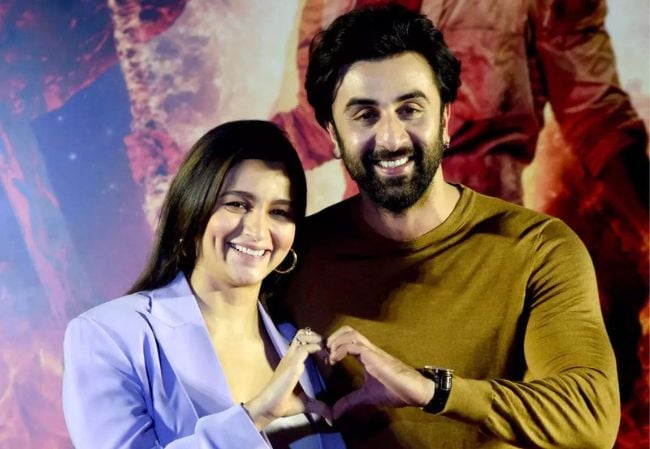