Ranveer Singh and Arjun Kapoor, two Bollywood stars, are not just on-screen mates, but also have a strong connection in real life. The duo’s beautiful moments of bromance have demonstrated time and time again that their brotherly relationship is here to stay. The two worked together on the 2014 hit film ‘Gunday,’ and the public adored their camaraderie. As a result, it’s only reasonable that their fans can’t wait for their next collaboration. Ranveer just addressed this million-dollar question in an Instagram Q&A session and captured our hearts. 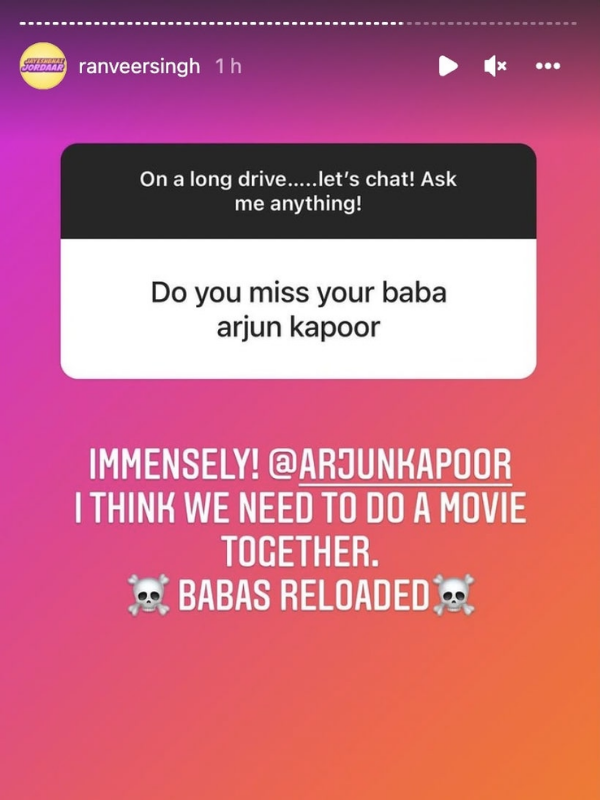 “Do you miss your baby Arjun Kapoor?” one of the fans anxiously questioned Ranveer during the Q&A session. This elicited the nicest answer from Ranveer. He replied, “Immensely! @arjunkapoor I think we need to do a movie together. “Babas Reloaded” is a sequel to the film Babas. Well, we can’t wait for Babas Reloaded and promise that we’ll be there first-day-first-show as soon as it reaches theatres! Arjun’s response was much more enticing. He wrote, “I am free for u baba…tell me when and where I’ll be there…@ranveersingh ” 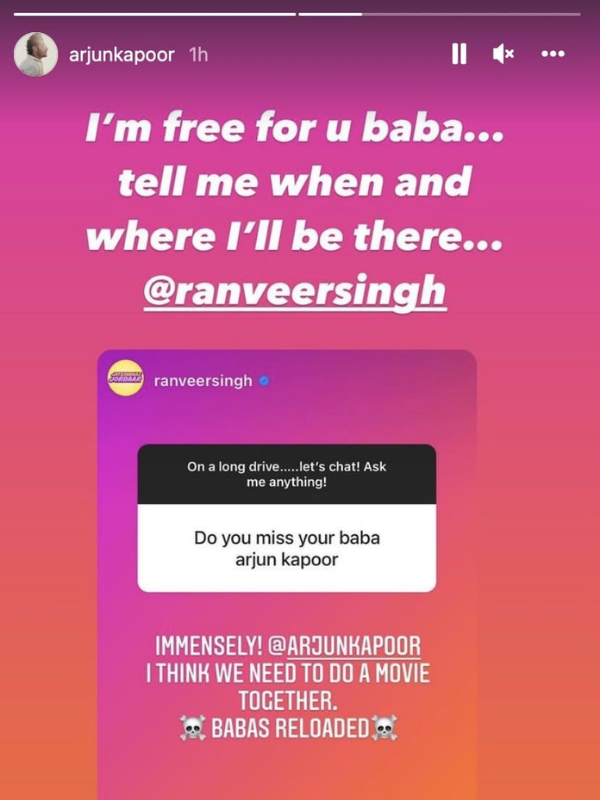 Meanwhile, Ranveer Singh has been having a blast in the United Kingdom. On Monday, he wrote about his thrilling day at the stadium. We could sense his joy and pleasure as clearly as a day in the photos. He also uploaded a photo with the stunning Bella Hadid, in which they are both beaming for the camera. Along with the picture, Ranveer wrote, “Full power! Great to see the Gunners firing at the magnificent Emirates Stadium #coyg #gunners Along with my beautiful friend, cheering loud & proud, reppin’ the red & white..the very gracious @bellahadid @arsenal @lcfc @premierleague @plforindia #ARSLEI.” 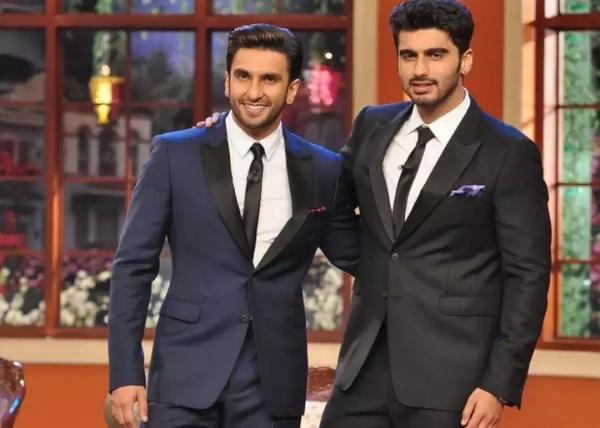 Meanwhile, Ranveer Singh is working on a variety of exciting projects for his admirers. Jayeshbhai Jordaar, which is produced by Yash Raj Films, will be the actor’s next film. The film will be released on May 13, 2022. Aside from this film, the actor is working on Rohit Shetty’s Cirkus opposite Pooja Hedge.