Bollywood actor Ranveer Singh is a total entertainer. Be it on-screen or in public, Singh never misses a chance to take the audience by surprise with his antique moves.

Recently the actor took up his first-ever hosting duties through Colors TV’s The Big Picture. With the show, the wait of Ranveer’s fans is finally over. The actor’s fans were quite excited to watch him on this new platform. The quiz reality show welcomed its first participant who was a policewoman from Haryana named Karishma Toor. The policewoman participated in the show to win a big amount of money to build a house for her family and save for her wedding. However, the concept of the show wasn’t the only thing that caught people’s attention but Ranveer’s hosting skills were something that took away much limelight. The netizens are not impressed with Ranveer’s presentation of the show.

After the Colors’ show got over, netizens flooded Twitter with their reactions to the first episode. Many people came out with the view that the show was boring and a total disaster because of Ranveer’s hosting.

Take a look at what Twitterati has to say: 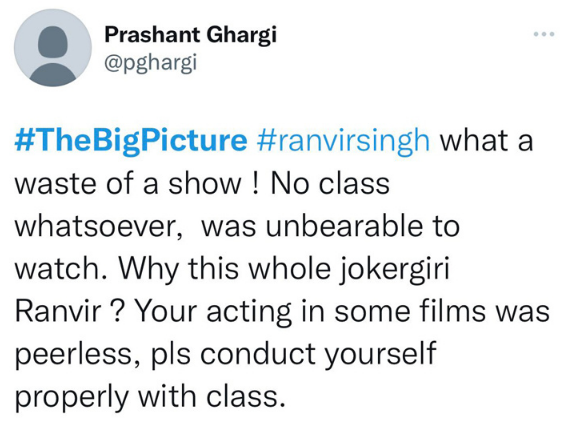 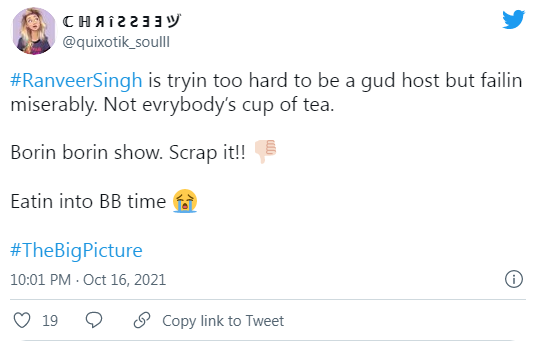 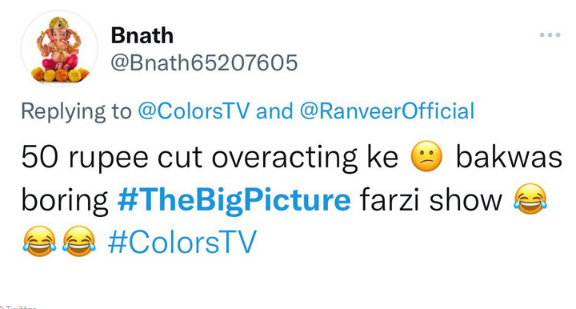 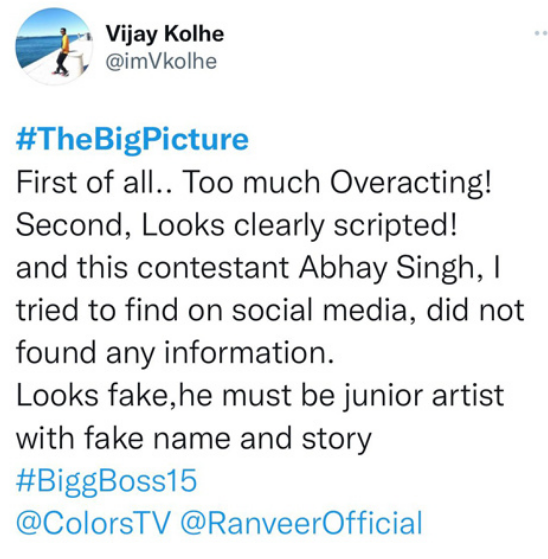 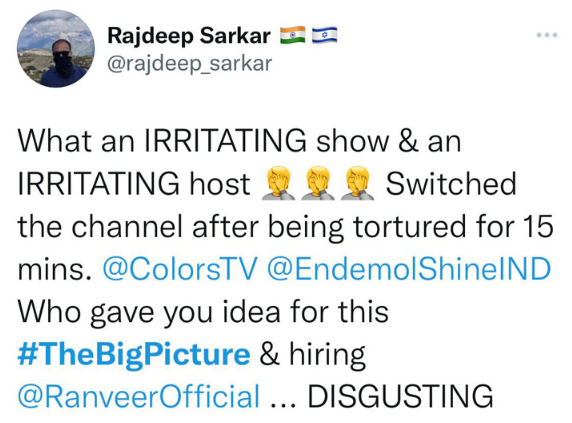 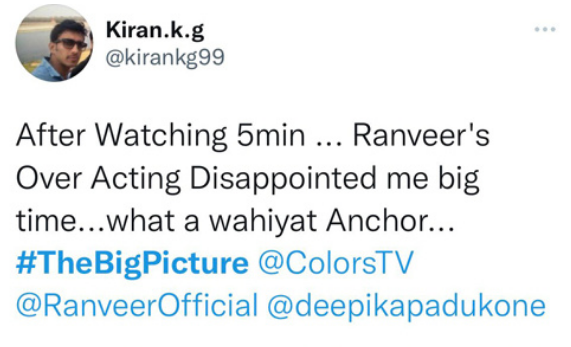 To this, Ranveer’s fans came out in support of the actor and told that everyone should be patient as he will learn and improve his hosting skill in some time. 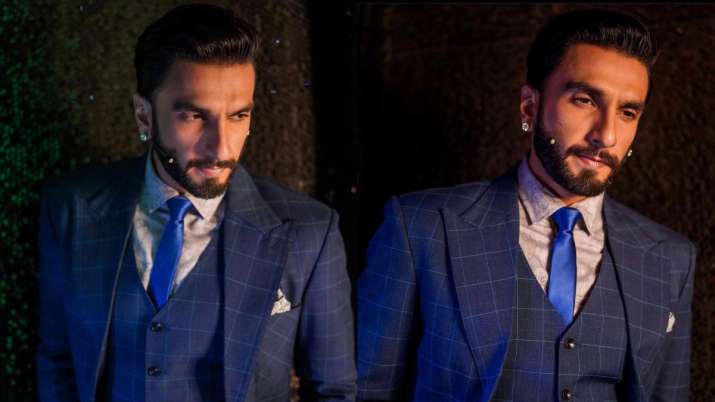 For the unversed, the concept of the show is such that the contestants will be asked 12 visual-based questions. They have to answer them within 60 seconds by pressing the buzzer. For every correct response, they will get an opportunity to win a whopping amount of money. The show premiered on October 16, 2021, at 8 pm.