Ranveer Singh’s nude photo shoot is the talk of social media. The actor’s pictures from a recent magazine cover shoot have evoked mixed reactions with Ranveer Singh hailed for ‘breaking the internet’ with his bold avatar, while others questioned the need for him to ‘bare it all’.

Meanwhile, e-commerce platform Myntra has circulated Ranveer’s latest photos and shared a picture of the actor wearing a printed top and red pants. Many responded to the post, calling it ‘a good edit’; While some were wondering why ‘fix’ Ranveer’s picture. 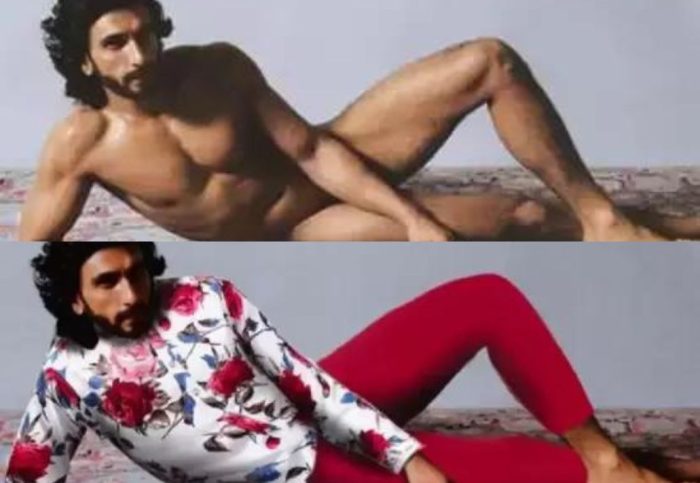 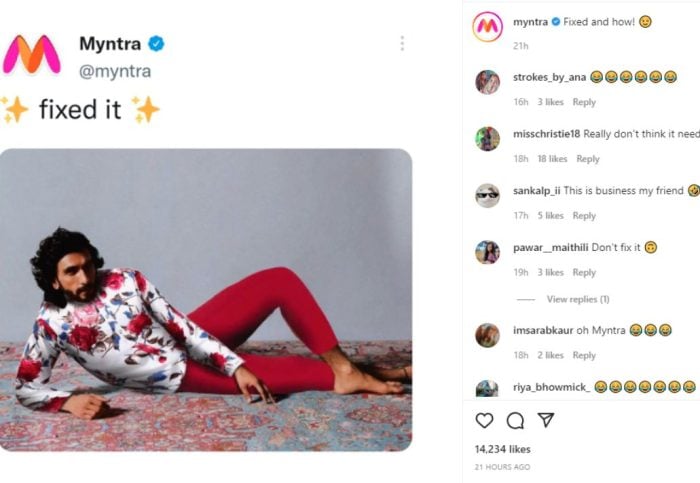 On Saturday, Myntra shared an edited photo of Ranveer’s magazine cover shoot on Instagram. The caption was shared with an eye emoji, “Fixed and how.” In the picture, Ranveer is seen wearing what fashion-oriented Instagram account Diet Sabia calls a ‘bedsheet printed shirt’, along with a pair of red yoga pants; Both pieces are probably from Myntra’s clothing collection. Some praised Myntra for ‘playing well’ and called the edited film ‘epic’.

Many applauded the marketing ploy and left funny emojis on Myntra’s posts. However one person wrote, “Really don’t think (Ranveer’s nude pic) needed to be fixed.” In his Paper magazine interview, his first interview in three years, the actor talked about his maximalist style as well as his films. Ranveer also said that he doesn’t mind being judged for his choices.