The stereotype that the kitchen is a woman’s place is deeply enrooted and indoctrinated in our society. Even in double-income households, the wife has to cook the meals of the day. The #RasodeMeinMardHai, a social initiative launched by BL Agro, an FMCG company with the flagship product Bail Kolhu and the brand Nourish under its umbrella, is a revolutionary concept that aims to bring a sweeping change to this hardened perception. It inches towards a more gender-equal era where men share the load in the kitchen, from stove to sink.

Advertising concepts often use visual shortcuts to represent people, and those shortcuts have historically portrayed that a woman’s place is firmly in the kitchen. When women are stereotyped to such roles, it propagates the messaging that restricts their freedom and sets an unrealistic expectation of them. 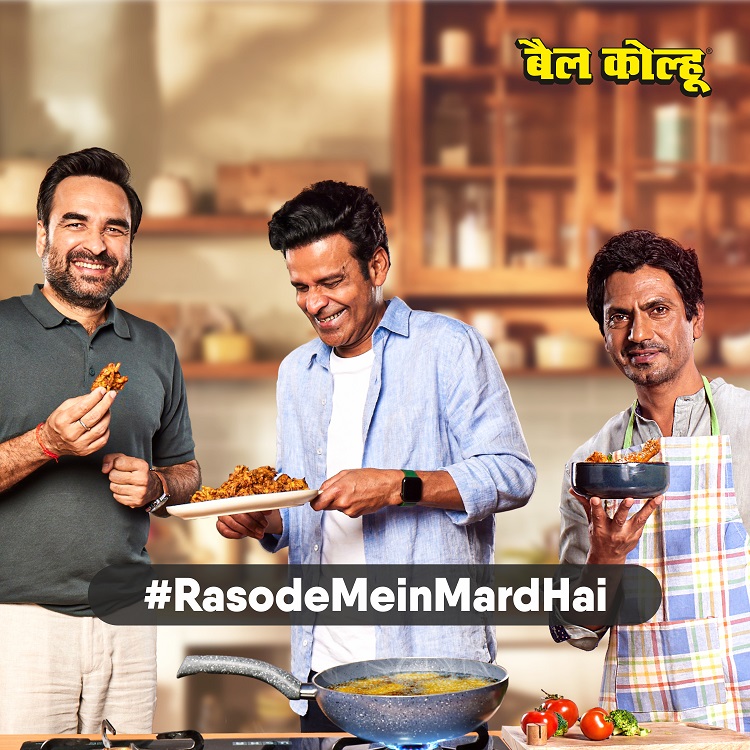 The concept of #RasodeMeinMardHai shatters this widespread belief that women should take on the bulk of the responsibilities in the kitchen. It normalises that cooking and all the tasks associated with it, such as planning, purchasing, prepping, serving, washing and cleaning up, are not gender-specific jobs. It’s a life skill that every person should have, with the chore load split 50/50, making cooking collaborative. The social initiative was unveiled with a TVC featuring Pankaj Tripathi, the Brand Ambassador of Bail Kolhu, the mustard oil brand by BL Agro, along with Manoj Bajpayee and Nawazuddin Siddiqui during an event held today.

“Functional beliefs about the basic social category of genders, like men are the breadwinners and women are the caretakers, are threaded into our daily fabric. These topics are nuanced and complex, but they need an immediate mindset change, a sustained and systemic one. And that’s what the #RasodeMeinMardHai social initiative pushes. It weaves a different story and promotes a sense of responsibility in men towards the kitchen. Lending my voice to the initiative to shape a new narrative and smash the preconceived notion that women must shoulder all kitchen duties,” comments Bollywood actor Pankaj Tripathi, Brand Ambassador of Bail Kolhu.

“Why should the kitchen be only a woman’s job? That’s the thought we want to provoke with #RasodeMeinMardHai. We want to challenge conventions for the better. The concept is not just to liberate women from the confines of the stove and the sink. It’s also about accepting that cooking should be a collectively held duty. It’s our subtle attempt to flip the gender stereotype on its head and advocate for more progressive and inclusive culture. We hope to open the doors to a time when children grow up with the idea that both parents can cook and be masters of the kitchen,” says Ghanshyam Khandelwal, Chairman, BL Agro. 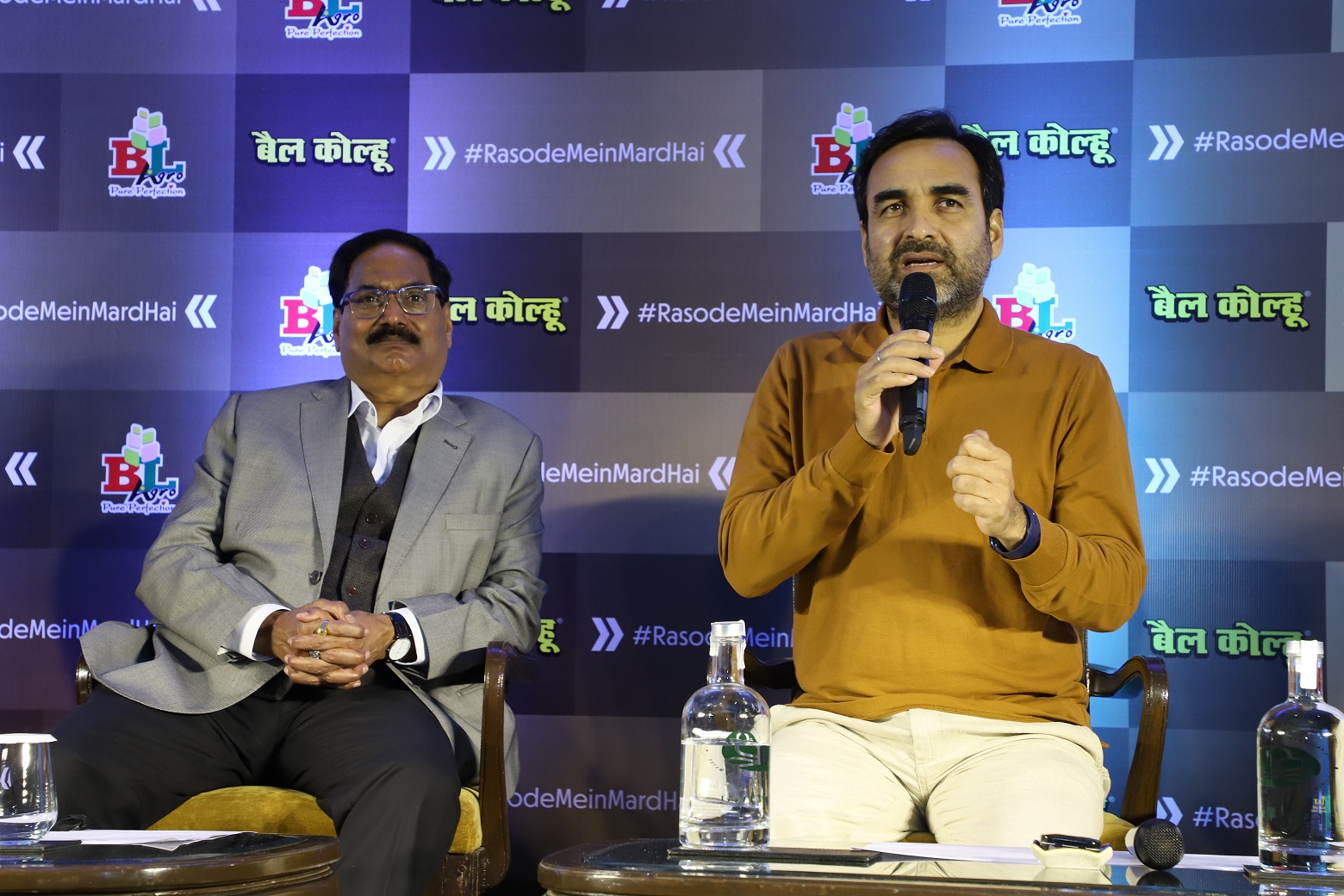 “We wanted to make sure the fit was exemplary because it is the first time, you’ll see a TVC with three leading actors in the kitchen cooking. For that reason, we specifically chose Pankaj Tripathi, Manoj Bajpayee, and Nawazuddin Siddiqui. Their personalities and images not only mirror the Bail Kolhu brand but also resonate with the theme,” says Ashish Khandelwal, Managing Director, BL Agro.

Bail Kolhu is the signature product of BL Agro, launched in 1986 by Ghanshyam Khandelwal, the current Chairman, with the promise of delivering pure and quality edible mustard oil. Today, it is an extremely well-recognised trade name, almost synonymous with mustard oils.

Watch the TVC that strives towards advancing equal gender roles in the kitchen. https://youtu.be/4v2zgSzM7C0

Based in Bareilly, Uttar Pradesh, BL Agro Industries Ltd. has been committed to providing quality food products. The company today has one of the largest distribution networks amongst all branded edible oil and food product players in India, with over 58,000 retailers. Today, it is the flag-bearer of the Government of India’s Vocal for Local campaign and stands out among the top food FMCG companies.

BL Agro’s growth is an inspiring story of success. Having started as a mustard trading house in the 1950s, BL Agro has come a long way. During its gruelling journey, the company transformed from a commodity trading organisation to a full-fledged FMCG company. The marketers of a single mustard oil brand subsequently rolled out multiple varieties of oil, including refined oils, and then a range of food products under the brand name ‘Nourish’ – thus catering to a much wider consumer base.

Brand Nourish comes with a promise of nutrition and offers an entire range of food products typically used in an Indian kitchen, including Atta, Rice, Pulses, Ghee & Oils, Dry Fruits, Papad, Achars, Murabba, Spices, etc. Each Nourish product is packed with superior-quality ingredients and is produced with the finest processes that ensure maximum retention of nutrients.