Rhea Chakraborty Shares A Post , Says She Is ‘Healing’

Actress Rhea Chakraborty, who has actively returned to social media again, shared a glimpse of her yoga diaries on Instagram. On Tuesday, Rhea Chakraborty revealed that her chosen way of “healing” is practicing yoga, Sharing a photo of herself doing Chakrasana, Rhea Chakraborty wrote: “Healing” and hashtagged the photo with “yoga for life.” 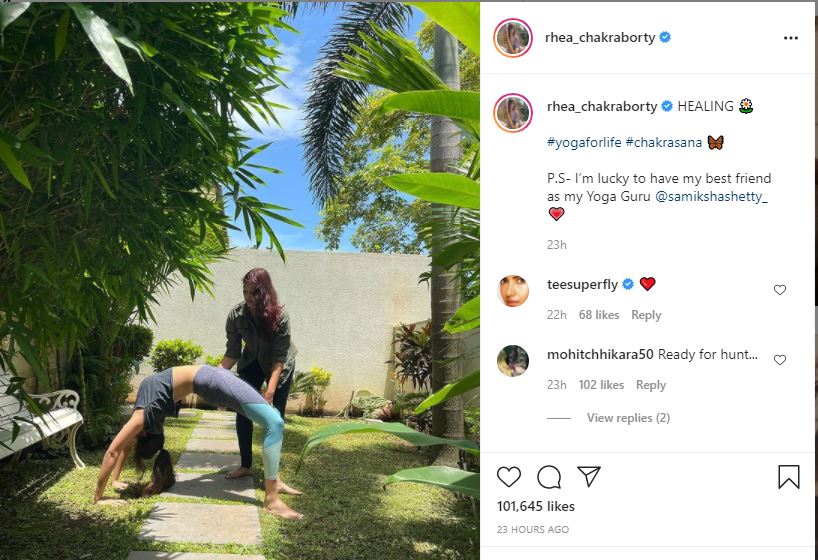 Rhea also gave a shout out to her best friend, yoga instructor Samiksha Shetty, for being her trainer: “I’m lucky to have my best friend as my Yoga Guru.” Rhea Chakraborty’s one-word caption about “healing” seem to have struck a chord with her followers, who flooded her feed with heart-warming comments and good dose of positivity. 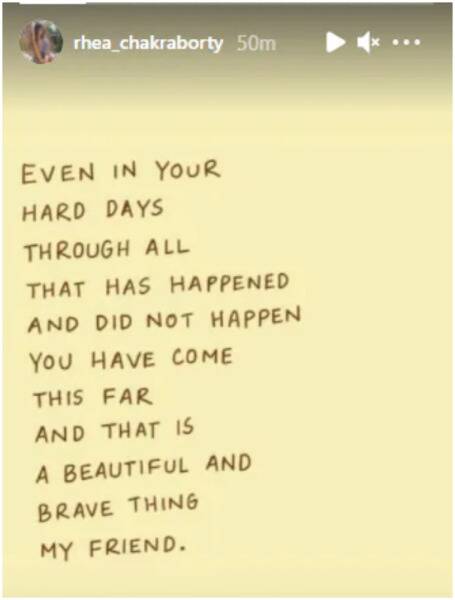 On Monday (July 5th) Rhea had shared an inspirational note about getting through difficult days. Her quote read: “Even in your hard days through all that has happened and did not happen you have come this far and that is a beautiful and brave thing my friend (sic).” Rhea has not been very active on social media after the death of actor Sushant Singh Rajput. She was investigated by the ED, CBI and NCB in the actor’s death case and also jailed in a drug-related case. She was later released on bail. The actor gradually started sharing updates about herself.

Recently, she had shared one photo with Sushant, remembering the late actor on his first death anniversary, where she wrote, “There isn’t a moment where I believe that you aren’t here anymore. They said that time heals everything but you were my time and my everything. I know that you are my guardian angel now -watching me with your telescope from the moon and protecting me. I wait for you everyday to come pick me up, I look for you everywhere – I know you’re here with me. It breaks me everyday, then I think of you saying –“ you’ve got this bebu” and I carry on to the next day.” On the work front, Rhea will be seen in Amitabh Bachchan and Emraan Hashmi’s Chehre, directed by Rumy Jafry.