Bollywood actor Anil Kapoor is one of those stars of the industry who pay full attention to his fitness along with acting. Like Anil, both his daughters Sonam Kapoor and Rhea Kapoor are known for their fashion sense and style statements. Like Sonam, her sister Rhea Kapoor always remains in the headlines due to her boldness. Rhea Kapoor used to be one of those celebrities on social media who may be active yesterday, whenever she shares a picture of herself, she makes fans crazy with her style. Although sometimes the actress has to face trolls because of her fashion. Meanwhile, some pictures of Rhea are again setting the internet’s mercury high. 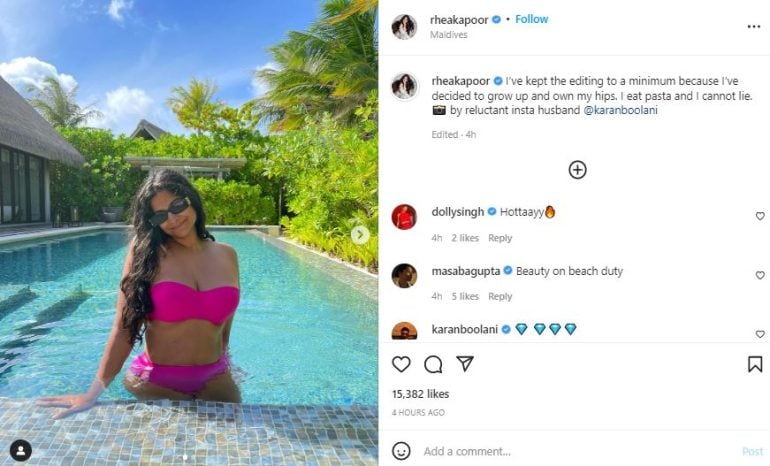 Rhea Kapoor has shared her latest bold pictures on Instagram. Rhea’s hot bikini is being seen in these pictures. In the pictures, you can see that Riya is seen setting the pool water on fire wearing a pink color bikini. Rhea is wearing a strapless bikini. At the same time, his hair is on its own. Along with this, She is wearing black glasses. 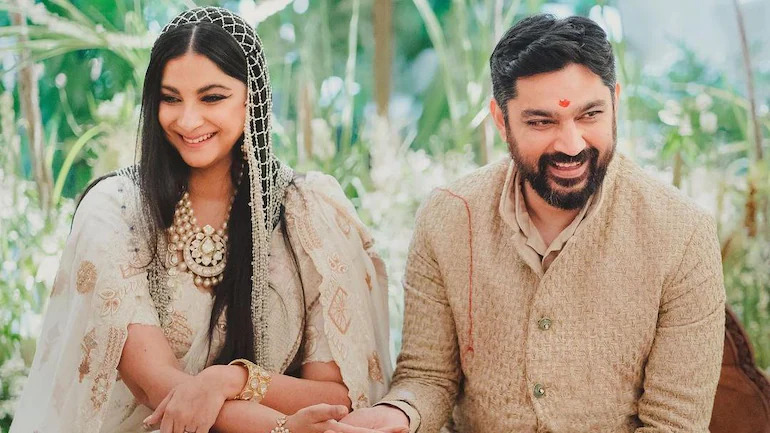 In the first picture where Rhea is seen giving a closeup. In the second picture, she is enjoying the water like a mermaid in the pool. Let us tell you that the fans are very fond of these pictures of Rhea Kapoor. At the same time, by commenting on it, they are telling them hot and gorgeous. Let us tell you that Rhea Kapoor and Karan Boolani got married in a very secret way last Saturday. Only his close relatives and family members attended the wedding. At the same time, the Kapoor family did not mention the marriage to anyone.