Richa Chadha has shared some tweets in reply to Tehseen Poonawalla, who had criticized those celebrating the failure of Dhaakad at the box office.

Kangana Ranaut’s latest release, Dhaakad has failed to perform well at the box office. With its opening day earnings of less than ₹1 crore, reports suggest that shows of the film in theatre are being taken down due to a lack of interest from the audience. Kangana is often vocal about her political and social opinions and therefore, many who oppose her ideology have also been ‘celebrating’ the film’s failure.

On Monday, Bigg Boss contestant Tehseen Poonawalla shared a few tweets criticizing such people. “The trolling of #KanganaRanaut for her movie #Dhaakad is extremely unfair! We may agree or disagree with #KanganaRanaut but cannot take away from the fact she is one of the best actors in cinema today and a risk-taker. More power to you #KanganaRanaut,” he wrote. When a journalist wrote in reply, “That’s ridiculous. The audience has rejected a bad film that is going zero in shows. Telling the truth is trolling? Really,” Tehseen said, “No! The celebration of a movie flopping is not good!” Soon, actor Richa Chadha also jumped into the conversation. “Aligning with power is easy and has obvious rewards like tax exemptions, awards, special status, security-even literally the Legislature promoting a film! So do you not know that the reverse also holds Tehseen? People are expressing dissent in whatever way they can. So chill,” she wrote in a tweet.

Tehseen replied that even he had not seen the movie. “I am extremely chilled. I haven’t seen her movie despite #KanganaRanaut being kind enough to invite me. I would stand up for the movie business. No flops should be cheered period because it hurts the industry. If the government does wrong, doesn’t mean we should as well,” he said. Richa pointed out how Kangana was one of the loudest voices criticizing Bollywood last year amid the drugs case controversy. Kangana had even called the film industry a ‘gutter’. “Very systematically, a narrative was built that the film industry in Mumbai is the den of all vice. People here are murderous etc. Many people participated in this narrative building. Now some others celebrating other ppl’s downfalls is an unfortunate consequence of that,” Richa wrote. 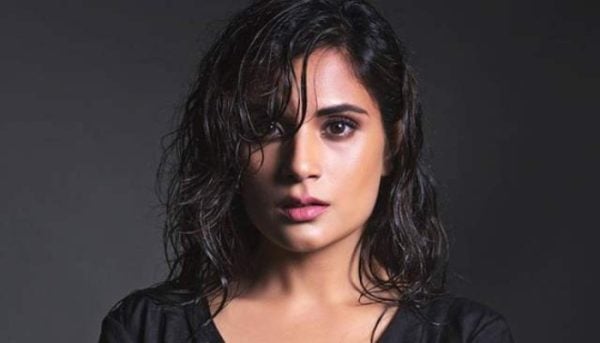 Richa, who worked with Kangana on Ashwini Iyer Tiwari’s Panga, however, added that a film’s failure should not be celebrated. “Yes. It’s morally wrong and also because thousands of people work on a film. But also, it happens. And to everyone,” she wrote.

Upon Panga’s release, Richa had told Pinkvilla about working with Kangana, “Your wavelengths and thoughts don’t need to match with everyone, but I am happy that man and everyone are entitled to their opinion, but on sets, we are professionals. But I am happy that many citizens who are aware have come forward to lead the protests and spark a revolution of sorts. It’s an onward journey from hereon.” Richa had previously been publicly called a ‘jobless actor’ by Kangana’s sister, Rangoli Chandel.

According to PTI’s trade sources, Dhaakad opened with ₹50 lakhs and collected around ₹2 crore by the weekend, following which distributors started reducing the screen count of the movie due to “extremely low audience turnout”.