Actress Kashmera Shah is known for speaking her heart out on public platforms. She is someone who never holds back her thoughts and openly expresses her opinions on social media. Because of her bold and outspoken nature, She runs into controversies too.

Shah is quite attached to the controversial reality show, Bigg Boss. She is also vocal about how the contestants are doing on the show. On Wednesday, the actress took a jibe at the relationship Bigg Boss OTT’s Raqesh Bapat shares with his fellow inmate Shamita Shetty.

Referring to the Sunday Ka Vaar episode where Raqesh was seen taking Divya’s name several times in a task between her and Shamita just to avoid clashes with his rumored lady love, Shah opined that Bapat is on his way to becoming a “henpecked husband” again. The word ‘Again,’ here meant that he was a henpecked husband in his earlier marriage with actress Ridhi Dogra too.

Kashmera had shared a picture of the task, which was conducted between Raqesh, Shamita Shetty, and Divya Agarwal. Along with that she wrote, “Congratulations @RaQesh19 you are on your way to becoming a henpecked husband…again..” 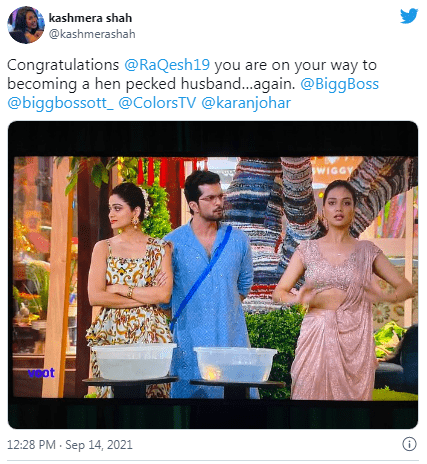 Ridhi made a quick notice of the same. She, in no time, reacted to Shah’s tweet to slam her for making such loose comments. She tweeted, “Again!? Excuse me. Kindly don’t make loose comments. Peace out.” 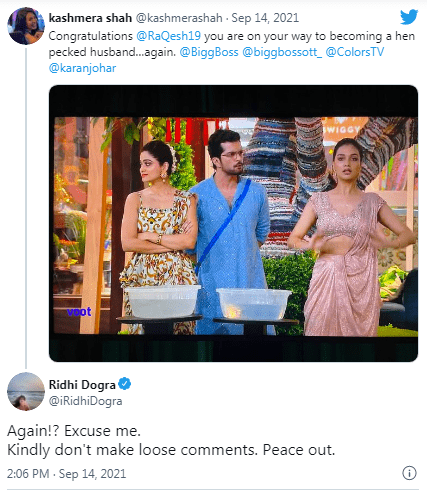 Earlier also, Ridhi Dogra extended her support to ex-husband Raqesh Bapat on social media. Last month, when Bapat broke down after an argument with Pratik Sehajpal, the actress had written, “By virtue of choosing goodness and humanity, one is a winner. Being loud and twisting words and not letting people speak is unfortunately considered entertainment in this world. But there are some of us on the side of humanity. And that’s what matters! @raqeshbapat.” 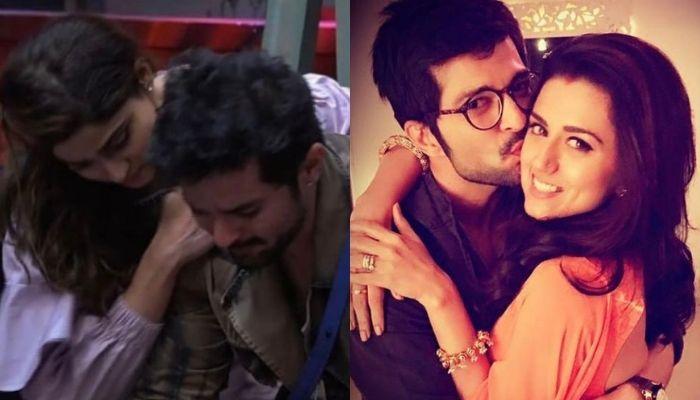 Recently when Shamita’s mother visited the house, she also heaped praises on Raqesh and called him the gentleman of the house.

For the unversed, Raqesh Bapat has secured his position among the top six contestants with his calm demeanor on the show. On September 18, the show is all set for its grand finale.