Riteish Deshmukh Romances With Someone Who Is Not His Wife Genelia; Video Goes Viral!

Riteish Vilasrao Deshmukh is one of those Bollywood actors who have appeared in different roles on screen. Sometimes he made people laugh with his comedy, and sometimes he created panic in the hearts of people on villains. Riteish Deshmukh leaves no stone unturned to entertain people and win hearts on the big screen as well as on social media. People also like the pairing of him and his wife Genelia very much. Fans like the fun of both on social media. But now recently Riteish Deshmukh, leaving his wife, appeared to be romantic with this person. 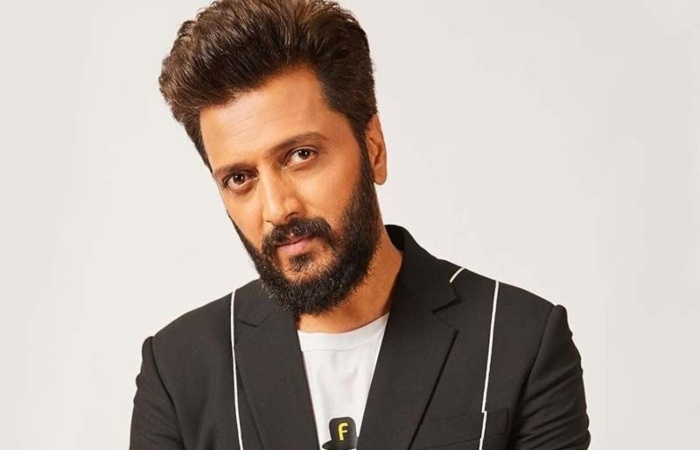 A video of Riteish Deshmukh on Instagram is becoming very viral. In this video, Ritesh is seen doing such an act, after seeing which fans were gobsmacked. Ritesh himself has also shared this video. In which Riteish Deshmukh is seen getting romantic on a boat with actor Shubhankar Tawde on the song ‘Yeh Dil Deewana’ from Shah Rukh Khan’s Pardes. Let us tell you that not only Ritesh but his wife Genelia D’Souza are also present on the boat, who expressed their reaction to the romantic dance of both. 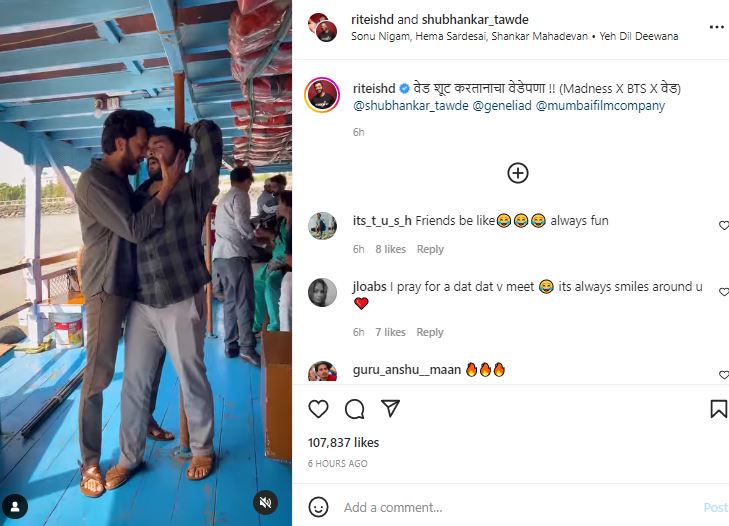 This video is from the shooting set of Riteish Deshmukh’s Marathi film, where Genelia Deshmukh was also present. After seeing this romantic style of both of them, Genelia was seen applauding. Sharing this video, Ritesh wrote, ‘Crazy while shooting. After watching this video of Ritesh, the fans are unable to stop their laughter. Commenting on Ritesh’s video, a user wrote, ‘Brother, what is all this happening’. Another user wrote, ‘Genelia is clapping in anger, or it is not understood in happiness’. 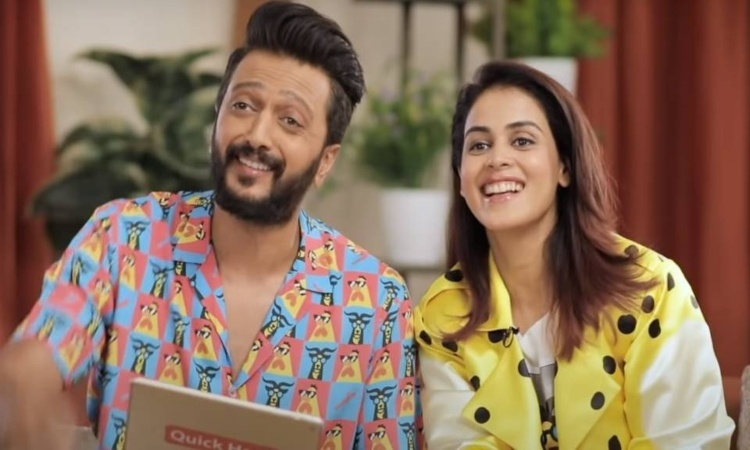 Riteish Deshmukh and Genelia D’Souza are one of the most loved couples in Bollywood. After dating each other for many years, both of them got married in the year 2012 on the 3rd February. Both have two sons. While Riteish is constantly active in films, Genelia took a break for some time after her marriage, but now once again she has become active on social media as well as in films.