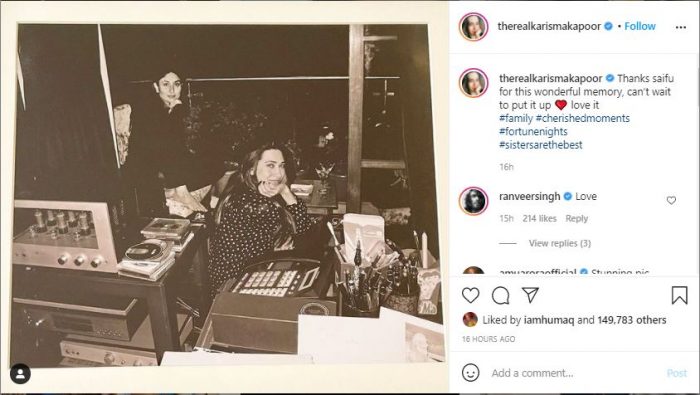 The picture of this photo frame gifted by Saif has been shared by Karisma herself through her official Instagram account. Sharing this picture, Karisma wrote in the caption, ‘Thank you Saifu for this beautiful memory, looking forward to putting it on the wall, love it.’ Many of her friends and fans are praising Karishma by commenting on this post.
Kareena and Karisma are seen together in the photo that Saif has gifted to Karisma. This is a black and white picture in which Kareena is standing and Karisma is seen sitting on a chair. The picture is being well-liked on social media as well as this picture is also becoming quite viral. 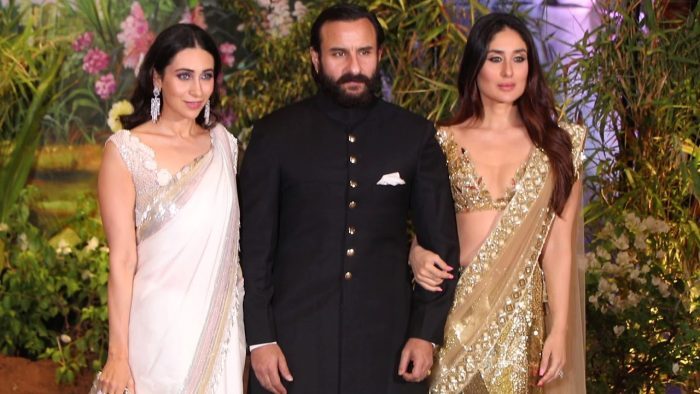 Let us tell you that both Kareena Kapoor and Karisma Kapoor share a very good bonding. Kareena and Karisma are often seen partying with each other. At the same time, on many occasions, they keep expressing their love for each other through social media. Along with this, many old and beautiful pictures also keep sharing. Where Saif recently appeared in the film Bhoot Police released on Disney Plus Hotstar. At the same time, Karisma Kapoor has been missing from the big screen for a long time but she gives it to the small screen. Talking about Kareena, she will soon be seen in Laal Singh Chaddha opposite Aamir Khan.