Saif Ali Khan Is All Praises For Ex-Wife Amrita Singh, Says She Inspired Him To “Take His Job Seriously”

Amrita Singh and Saif Ali Khan may not be even on talking terms today but there was a time when these lovebirds were the talk of the town. Be it their age-gap or their sudden decision to get married, Saif and Amrita made a lot of news. After 13 years of marriage and two kids, the couple decided to call it quits. While Saif stated that their love faded, Amrita had clearly stated that they grew apart because of Saif’s infidelity. And that’s how this love story ended on a bitter note.

But time and again, Saif and Amrita had proved that they have let bygones be bygones and moved on in life. Recently in an interview with Mid Day Saif was all praises for his wife Amrita he had stated, “It is personal and I don’t want to dwell much on it — I also ran away from home and got married at 20. And I’ve to give Amrita [Singh], my ex-wife, credit for being the only person who taught me to take it all [work/show-business] seriously. She said you can’t hit the target while laughing at it. That’s when Parampara happened.” 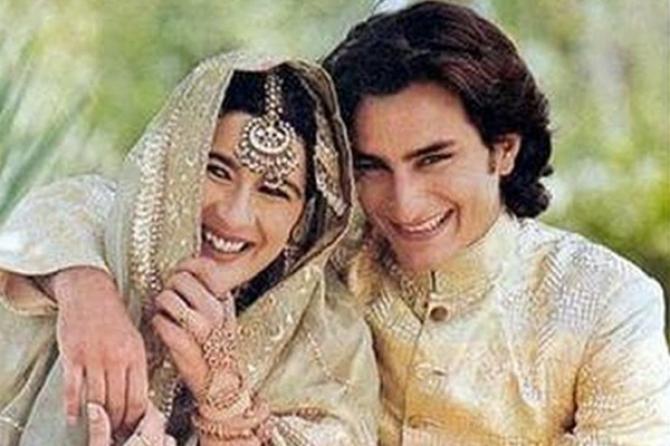 This isn’t the first time Saif had praised ex-wife Amrita, earlier in an interview with Mumbai Mirror Saif had said that he is very proud of Amrita as she has raised their daughter so well that she has grown up to be well behaved, charming and soft-spoken.
Earlier in an interview with Filmfare Sara had revealed her mother’s reaction to Saif and Kareena’s marriage and had stated, “When my father got married to Kareena, I remember going to the locker with my mother and taking out jewellery and saying which jhumkas should I wear? She called Abu and Sandeep and said, ‘Saif is getting married and I want Sara to have the most beautiful lehenga.” 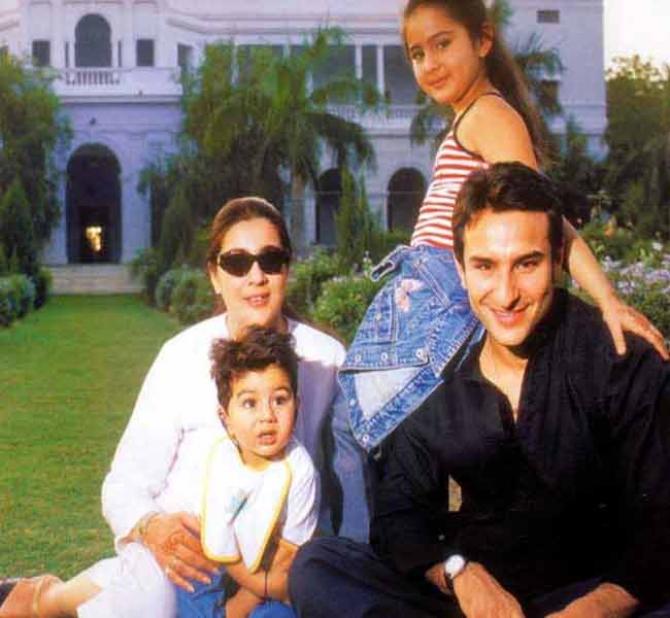 In a throwback interview with Telegraph, Saif had talked about their ugly spat and divorce and had stated, “My wife and I have gone our separate ways. I respect my wife’s space. But why am I being constantly reminded of how terrible a husband I was, and how awful a father I am.I’ve my son Ibrahim’s photograph in my wallet. Each time I look at it, I feel like crying. I miss my daughter Sara all the time. I’m not allowed to meet my children. They aren’t allowed to come to visit me, let alone stay with me. 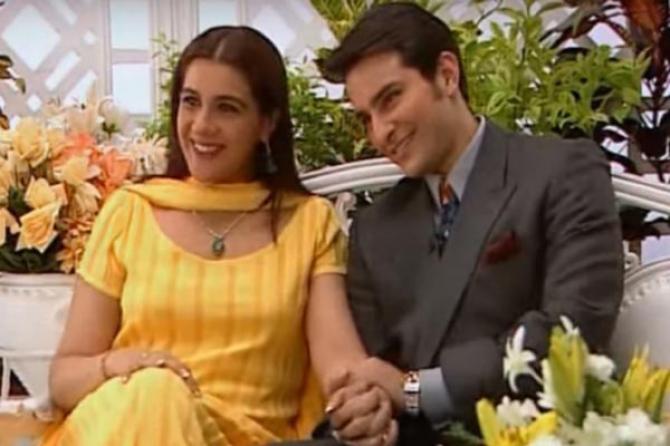 He had further added, “Why? Because there’s a new woman in my life who’d influence my children against their mother’ That’s so much hogwash and Amrita knows it. Right now my kids are growing up with Amrita’s relatives and maidservants while she’s out working in a TV serial. Why does she need to do that, when I’m more than willing to support my family?”

Well, we are glad that Saif and Amrita had let bygones be bygones and had moved on in life, Saif is happily married to Kareena Amrita Singh is in a peaceful state.