After Sixteen years, the first film was released, YRF is all set to release Bunty Aur Babli 2, and the teaser of the film is now out. Starring Rani Mukerji, Saif Ali Khan, Siddhant Chaturvedi, and Sharvari, the teaser suggests that there will be two sets of Bunty-Babli in the film. And our two leads, Saif and Rani, are not pleased. 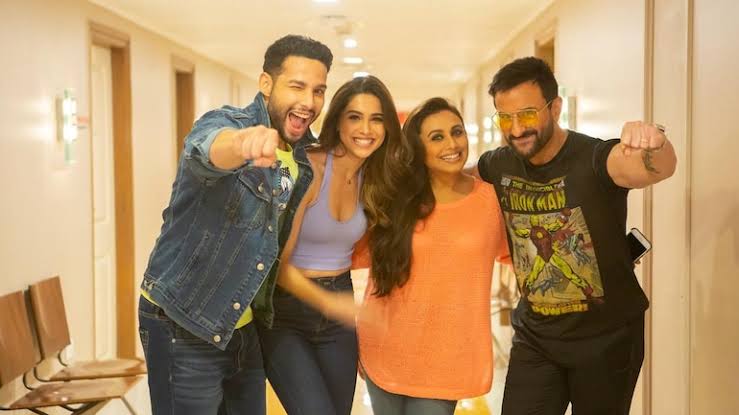 The actress Rani Mukerji is again making her role from the original film with Saif Ali Khan stepping into Abhishek Bachchan’s shoes. The first film ended with the con artists giving up their illegal activities and helping the cop Dashrath Singh, played by Amitabh Bachchan, solve crimes.

The film Bunty Aur Babli 2 reunites Saif Ali Khan and Rani Mukherjee on screen after 12 years and the two are reminiscing about old times. The two have worked together in films like Hum Tum, Tara Rum Pum, and Thoda Pyaar Thoda Magic. As they are joined by the new Bunty and Babli, Siddhant, and Sharvari, they are seen asking what is happening. Director Varun Sharma says that Adi sir (producer Aditya Chopra) has changed the script. As Rani, who is married to Chopra, asks for the producer, Saif wants the director to meet him in the make-up room. A bored director calls for pack-up, leaving the new cast in the lurch.

Birthday Special: Parineeti Chopra Is The Owner Of Crores Of Assets, Know Net Worth 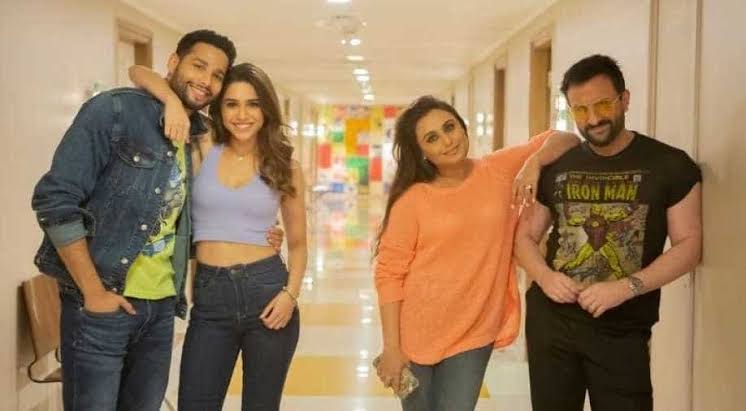 Saif Ali Khan earlier said in a statement, “Bunty Aur Babli 2 is a completely rebooted sequel and is set in today’s time. It is a fantastic script that hooked me on instantly. It is an out-and-out entertainer for the entire family to sit and enjoy, and this is what I loved and connected with. Also, it is a new role, language, and milieu and that’s what I look for in a script. I also love the dynamics between the originals and the new Bunty and Babli in the film. It is fresh, hilarious, and extremely engaging. Rani and I have always had a lot of fun working with each other, and I am looking forward to our creative collaboration again. It is also equally amazing to be back home at YRF again.”

The release of the film was earlier postponed due to the second wave of the pandemic. The film Bunty Aur Babli 2 is being directed by Varun Sharma and is scheduled to release in theatres on November 19.