Salman Khan Says Vaccination Is The Most Effective Weapon Against Coronavirus

Now, the BMC has roped in Salman Khan to spread awareness about the vaccination drive in Mumbai. In a video message shared by the civic body’s Twitter handle, the superstar requested people to not indulge in misinformation related to the jab. “Vaccination is the most effective weapon against Coronavirus,” he says in the clip. 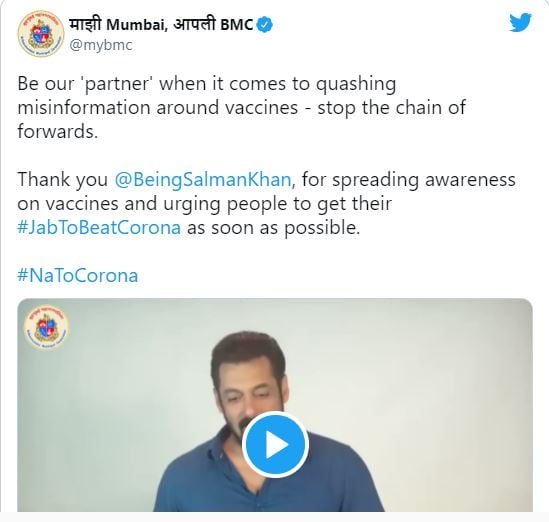 Salman Khan further talked about how its also about protecting your family. He said, “On one side, the government is trying its best to ensure vaccination for all. On the other side, some are indulging in spreading rumours and misinformation about the vaccine, creating doubts in people’s minds,” he said. He also said by getting a shot of a vaccine, “you are not only protecting yourself but also your family, society and the country.” 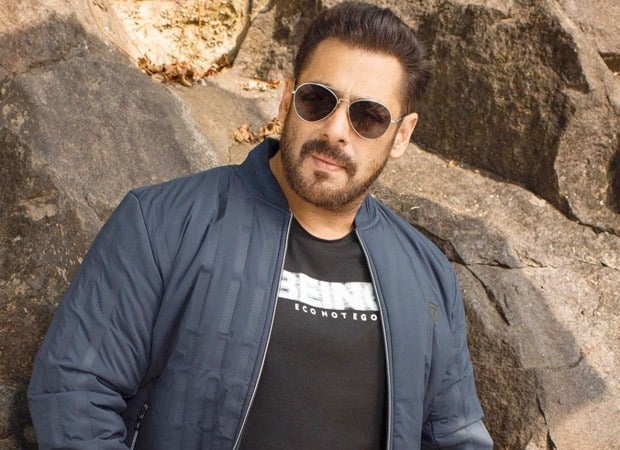 In an earlier interview with IANS, Salman had shared words of encouragement for fans facing various crises amidst the ongoing second wave of the Covid-19 pandemic. “I would just like to say that we all need to stay positive and hold the fort until these bad times pass. This is a phase and it shall pass. I know all of us are going through very critical times, we must have faith and help each other in whatever way we can,” Salman said. 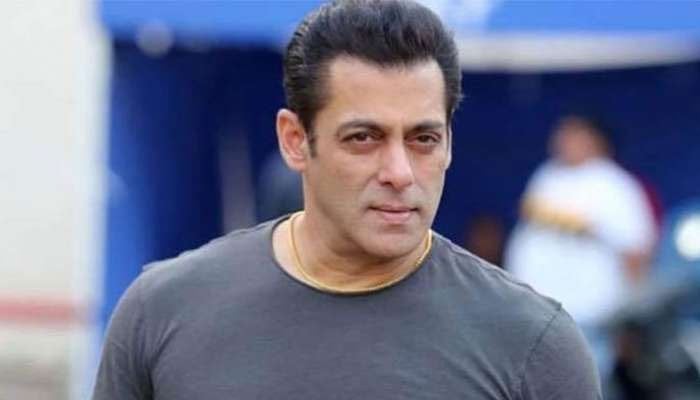 On the work front, Salman Khan was last seen in Radhe: The Most Wanted Bhai, which also starred Disha Patani, Jackie Shroff. Salman Khan has ‘Tiger 3’, another season of ‘Bigg Boss’, Farhad Samji’s next, ‘Kick 2’ and the remake of the South film ‘Master’. There is already buzz that Salman intends to launch the first poster and title of Farhad Samji’s next on the occasion of Bakri Eid on July 21. While the film was earlier titled ‘Kabhi Eid Kabhi Diwali’, it has been rechristened ‘Bhaijaan’ for now and also stars Pooja Hegde, Aayush Sharma, Zaheer Iqbal and Asim Riaz. Salman is also in talks with Sooraj Barjatya for his next film. Khan also has Mahesh Manjrekar-directed ‘Antim: The Final Truth’. The film is a Hindi adaptation of the Marathi hit, ‘Mulshi Pattern’ (2018) and it also stars Aayush Sharma.