The evergreen actor of Bollywood Salman Khan still rules the hearts of many in the nation. The heartthrob swears by his workout regime and that makes him one of the fittest actors of all time. Recently, Salman Khan posted a gym selfie on Instagram. The actor got a lot of love from his admirers in the comments section. His ex-girlfriend Sangeeta Bijlani also could not control herself from dropping a fiery comment.

While sharing a photo of himself from the gym, Khan asked his fans if they liked his cap. He wrote, “Yeh Being Human topi achi hai na (This Being Human cap is nice?)@beinghumanclothing @beingstrongglobal.”

Sangeeta reacted to the photo by dropping a fire emoji in the comments section. One of Salman’s fans wrote, “Khan what a joke jab aap shirtless ho to topi pe dhyan kis bewkuf ka jayega (What a joke? Salman when you are shirtless, how can one focus on your cap?)”

While another fan called Salman’s photo an answer to all the people who are making fun of him after Katrina Kaif tied the knot with actor Vicky Kaushal. One user wrote, “East or West bhai ki body is the best and bhai ki topi bhi is the best, Log chahe jitne memes bana le bhai pe, Salman bhai humesha subtle tareeke se indirect jawab dete hain. (East or West Salman’s body and his cap are the best. No matter how many people make memes on him, he always replies to them in a subtle way).”

Talking about Sangeeta and Salman, the two dated for years before breaking up in the 90s. Sangeeta later tied the knot to cricketer Mohammed Azharuddin but they separated in 2010. 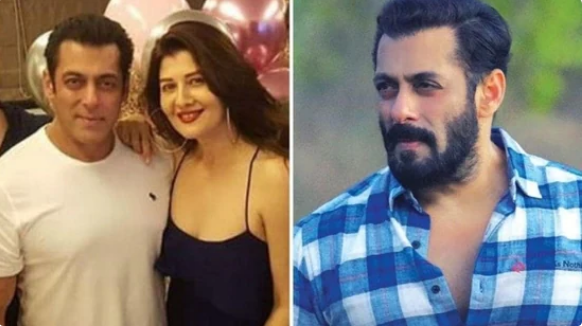 During his appearance on Karan Johar’s talk show, Salman had spoken about almost marrying Sangeeta. “There was a time that I really wanted to get married and then it just didn’t work out. I have always come so close. People have got cold feet. ‘Theek hai, boyfriend, isko zindagi bhar jhelna padega kya (They think I am a good boyfriend but it’s difficult to tolerate me for the rest of their lives).’ With Sangeeta, even the cards and all were printed,” he said.

Salman and Sangeeta continued to be friends even after they broke up. The two are often seen exchanging greetings on social media.