Sanjay Dutt’s Wish For Wife, Maanyata Dutt On Their 12th Wedding Anniversary Is Just Too Perfect.

Sanjay Dutt and his wife Maanayata completed twelve years of marriage this year. Maanayata is Sanjay’s third wife as he was first married to Richa Sharma from 1987 to 1996, who died due to a brain tumour. Then he went on to marry Rhea Pillai in 1998, but they got divorced in 2005. Sanjay and Maanayata had tied the knot on February 7, 2008. The couple who are now parents of two kids Iqra and Shahraan have surely raised the relationship bar to another level with their delightful chemistry and love. 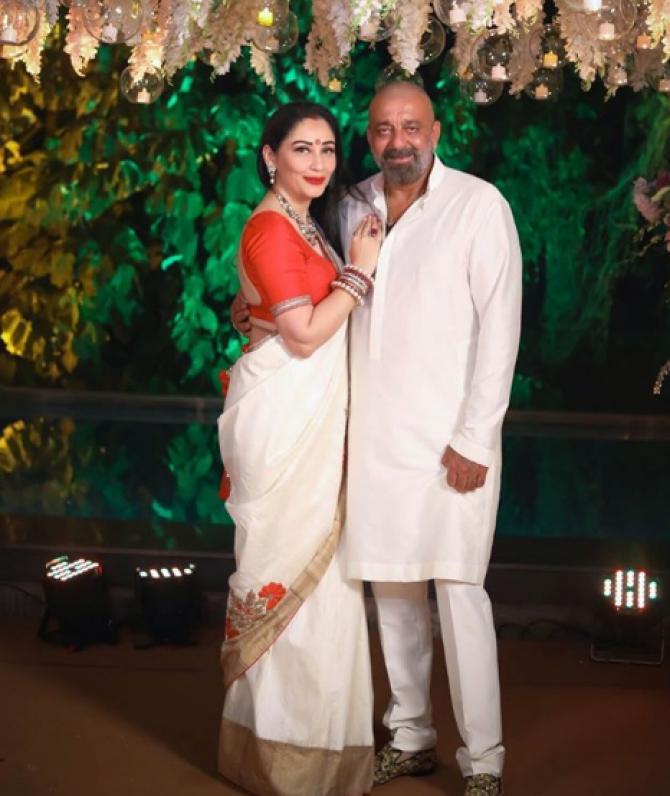 Maanyata has always been on Sanjay’s side no matter what. The ladylove has always supported him in his ups and downs in his professional as well as personal life. Now, it was Sanjay and Maanyata’s anniversary and Sanjay left no stone unturned to make his lady feel precious. Sharing an adorable video, he wrote, “Don’t know what I would do without you…Happy anniversary @maanayata.” Have a look at the video:

Meanwhile, his doting wife also shared a sweet caption for Sanjay with a lovely picture. Her caption could be read as “There is no feeling in the world like knowing you have someone by your side to face whatever life throws at you thank you @duttsanjay for being that someone in my life for years and forever to come #happyanniversary #besthalf #love #grace #positivity #dutts #togetherness #beautifullife #thankyougod.” Have a look:

Maanayata is a very protective wife to Sanjay and that we have seen during his tough times when he was behind the bars. Talking about the same, the star wife herself had once shared, “Wherever there’s power, there’s bound to be a lot of conspiracy hovering around that source of power. And let’s face it, Sanju is very powerful. There were too many people around him trying to use him. I came like a barricade in Sanju’s life to stand between him and those who want to use him. Naturally, these fair-weather friends resent me. I spoilt their party, you see.”

Meanwhile, on the work front, Sanjay was last seen in Ashutosh Gowariker’s ‘Panipat’. Now, he will be next seen in Mahesh Bhatt’s ‘Sadak 2’, ‘Prassthanam’ and ‘Bhuj: The Pride of India’.