Ever since Rajkummar Rao announced his collaboration with Sanya Malhotra, fans have been in awe of the film. The suspense thriller titled “Hit-The First Case” will be directed by Dr. Sailesh Kolanu. 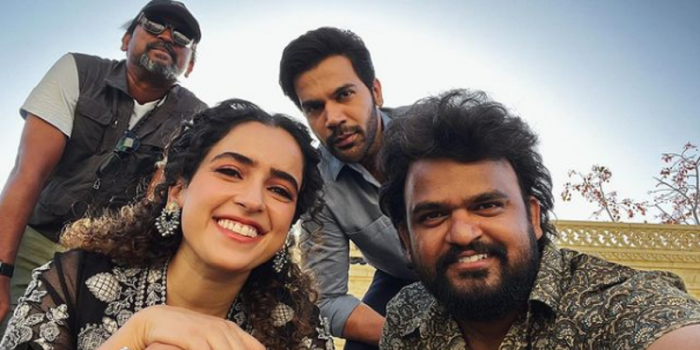 The film is the official Hindi remake of the Telugu mystery action thriller of the same name. It is a heartwarming story about a cop who is on the hunt for a missing girl. It is produced by Bhushan Kumar, Dil Raju, Krishan Kumar, and Kuldeep Rathore. Sanya took to her social media handle to share a picture of herself posing with Rajkummar and the director, as they announced the release date of the film.

In the picture posted by Sanya Malhotra, she looks beautiful in a black kurti with white embroidery. She has left her hair open and can be seen smiling. Behind him stands Rajkummar Rao, who is bending down to fit into the frame, and he looks handsome in a blue shirt. Along with her, Sailesh Kolanu can be seen posing in this picture. Sanya wrote while sharing the picture, “Bringing you the mystery thriller Hit-The First Case with a new release date of July 15, 2022.” 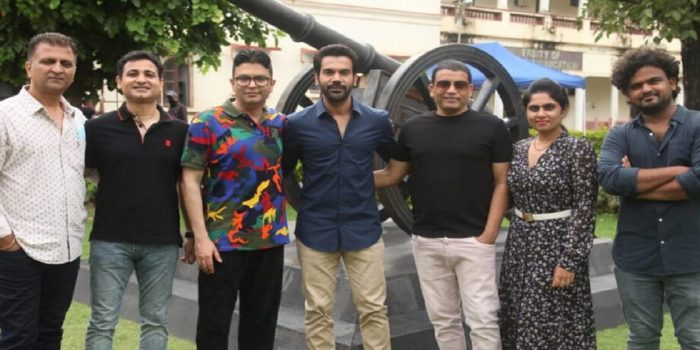 Meanwhile, on the work front, after the 2021 horror-comedy film, “Roohi,” Rajkummar Rao and Janhvi Kapoor are back together for “Mr. and Mrs. Mahi,” produced by Karan Johar and directed by Sharan Sharma. The film revolves around cricket, and the actor will play the character of Mahendra, while Janhvi will play the role of Mahima. Apart from “Bheed” with Bhumi Pednekar, she also has an OTT film “Monica, Oh My Darling”, starring Huma Qureshi, Radhika Apte, and Radhika Madan in key roles.