Sanya Malhotra announced that she had a long-distance relationship until last year and talked about why it ended. She said the break-up was “heart-wrenching” for her.

In a new interview, Sanya opens up about her ex-boyfriend and told that her latest movie, Meenakshi Sundareshwar, could talk about their relationship in an interview because it’s about long-distance relationships. She took the initiative to tell her that he was a “very nice person.” 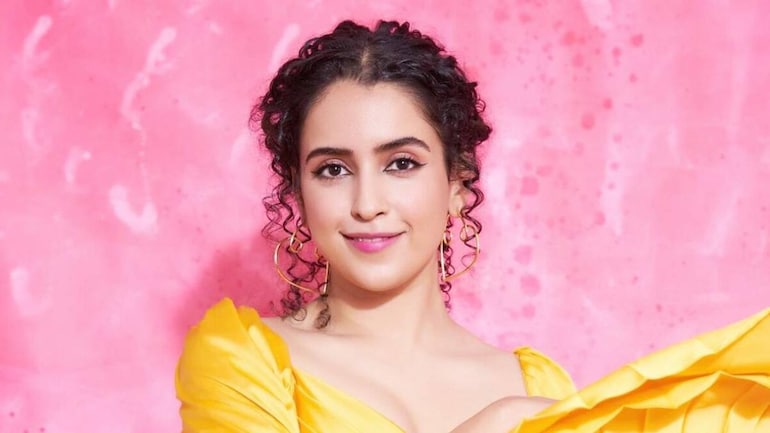 In an interview, Sanya said that 2020 was a “year of healing” for her and a process that began after the last relationship was over. “My last break-up was heart-wrenching for me: a four-year-long, long-distance relationship that began when I lived in Delhi. Right after we ended things, the lockdown was imposed and I was alone in Mumbai. But I took the time to process the situation and understand why things didn’t work out. I also understood that I needed to work on myself,” she said.

Sanya said she wasn’t complaining about their last relationship, but the distance drove a wedge between her and her boyfriend. “Oh, my last relationship was perfect. I’ve been talking about this relationship a lot. I recently called my former partner and gave him a heads-up that since my film is about long-distance relationships, I might talk about ours publicly. He was very nice about it and told me, ‘It’s okay, you don’t have to inform me’. But I wanted him to know and not be surprised if he read something online. In our case, the distance was the only issue that I faced,” she said. She lives alone in Mumbai, so she said she wanted someone to live and spend time with her, something that wasn’t possible in long-distance relationships.

This year, Sanya made two releases on Netflix Pagglait and Meenakshi Sundareshwar. Her upcoming films will include a love hostel with Vikrant Massey and a HIT with Rajkumar Rao.