Sara Ali Khan Reaches Mahakaleshwar Temple In Ujjain, Seeks Blessings For The Success Of The Film

Bollywood actress Sara Ali has been in the headlines for a long time for her film ‘Atrangi Re’, which has been released on the OTT platform today i.e. on December 24. In this film, Akshay Kumar and Dhanush are seen in lead roles along with Sara Ali Khan. Sara has promoted her film fiercely. She was promoting her film with Dhanush through different events for a long time and now Sara Ali Khan reached Ujjain’s Mahakal temple to seek blessings for the success of her film. The actress has shared some of her pictures from here, in which she is seen taking the blessings of God with folded hands. 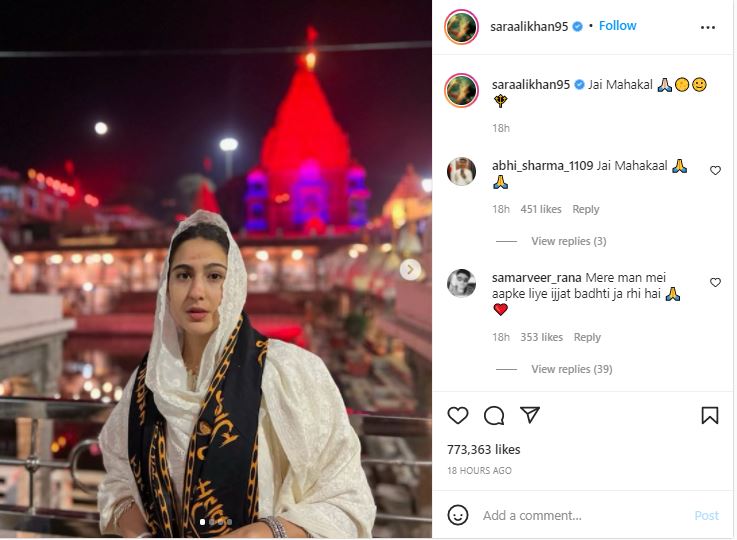 Sara Ali Khan has shared some pictures on her official Instagram account, in which she is seen in the temple of Ujjain. In the first and second pictures, Sara is seen looking at the camera. At the same time, Sara’s back is seen in the third picture. During this, she is facing the temple and taking the blessings of God. The last picture is of the temple, in which the temple looks very beautiful in the light of lighting. Talking about the look, Sara has adopted her traditional look as usual. The actress is wearing a white colored salwar-suit. With this, the actress has put a cloth written by Jai Mahakal around her neck. With this picture, Sara wrote in the caption, ‘Jai Mahakal.’ 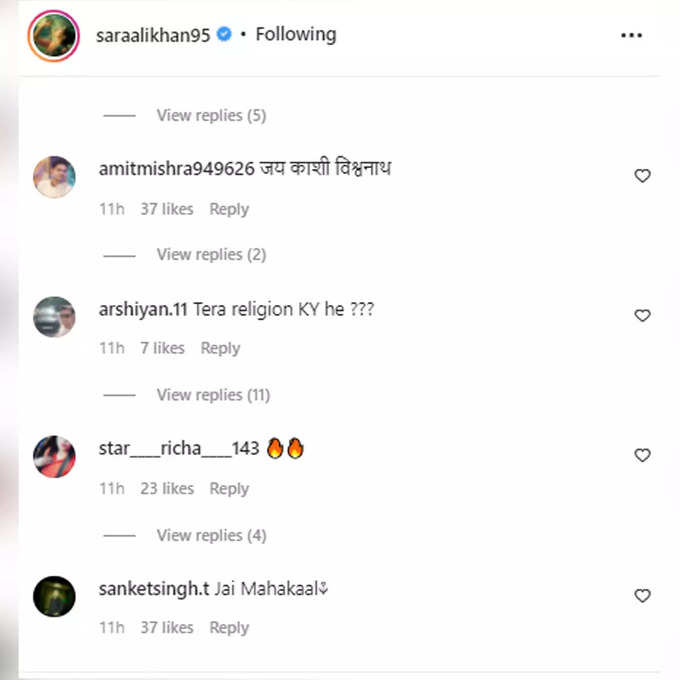 The user has also raised questions on these pictures of Sara Ali Khan. Whenever Sara goes to the temple, people raise questions on her through social media and this has happened this time also. Many people have asked Sara why she goes to the temple as a Muslim? One user wrote, ‘Do you do this work as a Muslim?’ At the same time, another commented, ‘What is your religion?’ However, many people have also praised Sara. 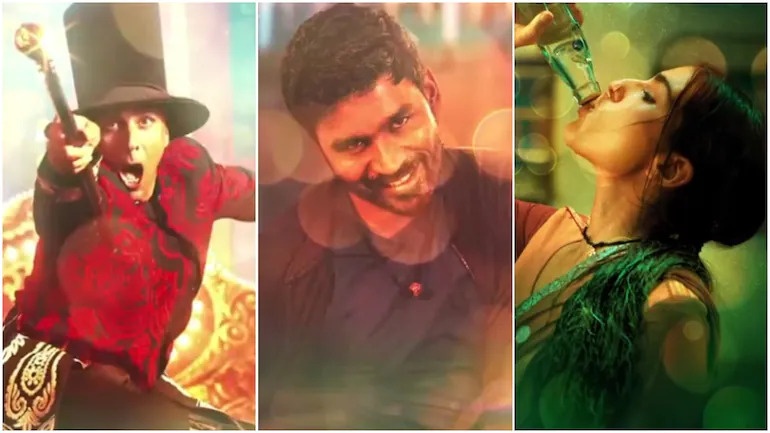 The film ‘Atrangi Re’ is directed by Anand L Rai, in which a comedy story has been served. There is a lot of emotion in this story along with fun and jokes. Sara Ali Khan and Dhanush are in the lead role in the film, while Akshay Kumar’s scenes are very less. Apart from this, Mohammad Zeeshan Ayyub and Dimple Hayati also will be seen in the film.